THESE INTERNATIONAL CELEBS ARE ON #TEAMPACQUIAO

Even Victoria's Secret Angels Adriana Lima and Behati Prinsloo have sworn their allegiance. 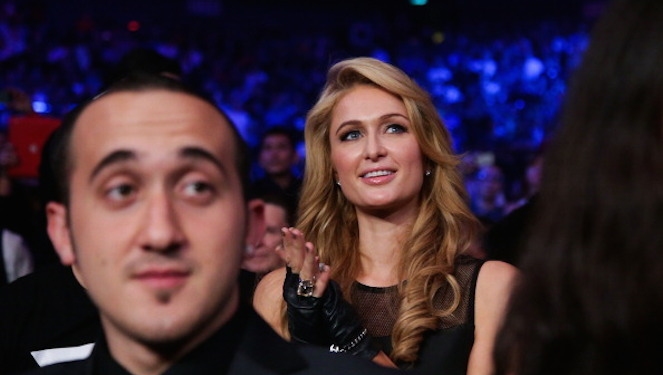 Floyd Mayweather, Jr. may have Justin Bieber and P Diddy on his side, but when it comes to celebrity supporters, our very own Manny Pacquiao is anything but short-handed. Other than Mark Wahlberg and Keanu Reeves who had his back (and hey, Jimmy Kimmel was part of his entourage!), some of the international scene's most stylish ladies were on Pacman’s camp. From models to actresses, we list down the fashion girls who rallied behind our Filipino boxing champ.

We all know Paris Hilton is one of Manny's biggest supporters. Even after his painful loss in Las Vegas, the blonde socialite didn't fail to express her never-ending support.

Sorry, Adam Levine, but it looks like you're not the only one who has Behati Prinsloo's heart. This Victoria's Secret Angel claimed to be on #TeamPacquiao minutes before the fight of the century.

And speaking of French models, we also spotted Sigrid Agren who's all set for the fight night. According to her, she's with "the money team... NOT!" Hashtag: Go Manny!

Behati isn't the only Angel who's on #TeamPacquiao. After calling the judges ridiculous and the results unfair, Adriana Lima just couldn't contain her disappointment. "Boxing is corrupted," says the supermodel.

Oh, and you do remember Barbie Hsu a.k.a. San Cai from Meteor Garden? Apparently, this Taiwanese superstar is also a Pacman fan.

Clearly, so is Mandy Moore! The American singer and songwriter is also a self-proclaimed member of "Team Pac."

Another American who's on the other side of the fence? Hilary Duff. The Hollywood actress expressed her support to the Filipino camp via an Instagram post.

7 Baby Names In The Running For The Princess Of Cambridge