The designer is joining Miuccia Prada as co-creative director. 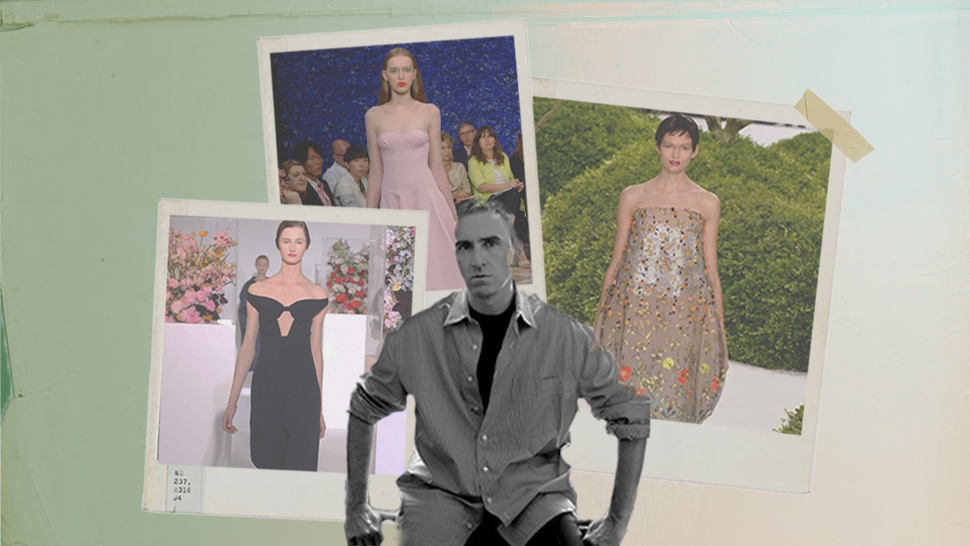 On February 23, the fashion world carried out a collective jaw drop as Miuccia Prada announced the appointment of Raf Simons as Co-Creative Director of Prada. The statement was read in a press conference with both designers present.

The two are considered to be influential designers in their own right, with Miuccia who grew her family’s luxury Italian leather goods company into the billion-dollar brand it is today, and Raf who knows how to turn every fashion house he helms into a highly-followed force in fashion.

Their first show as co-creative directors is coming this September, and as we gnaw on our fingertips in anticipation, we rounded up some predictions of what might come from Prada under their direction.

When it comes to expressing femininity, Raf veers away from the typical Disney-princess feel, and instead moves toward a princess grounded in modern time; she’s one who has fun with colors and embellishments, but prefers practical and wearable silhouettes. Hopefully, we’ll be seeing a reincarnation of his structured yet feminine pieces as seen in his Dior Fall Couture 2012 show.

Raf is a rare case of a male designer actually understanding sexuality when it comes to female dressing. And he shares the same subtle approach imagining sexy with Miuccia: a sliver of skin here, a slight slit there—never trying too hard. We’re predicating the same sense of subtle sexuality for the first collection.

Prada’s Italian flare is often seen in their fearless layering of colors. Even in the most recent show, brown blazers were on top of lilac button downs which were on top of multi-colored skirts which were worn with colored socks. For others, this may sound out of the ordinary. But for the brand, it's embedded in their style DNA. Being that Raf Simons is never one to shy away from color, we think we’ll be seeing it, even more—as in layers and layers and layers of it—on the next Prada runway.

Raf often experiments with appliques, especially with his work for Dior Couture. We think this is perfect for the frou-frou-loving Prada, where feathers, frills, and the like are embraced. Now, whether he’ll do it in the same feminine manner which he's familiar with or try something entirely different, we sure are excited to see it.

Ask a fashion girl to say the first thing that comes to mind when she hears “Prada,” and she’ll most likely mention the famed flame heels of 2012. Miuccia is known for her love of quirkiness, which is especially evident in her Miu Miu line. Though Raf has not done anything of the sort, he does tend to experiment with a lot of color and prints, which makes us think that soon enough, he and Miuccia will be coming out with their own unique “it” thing.

Here's The Office-appropriate Trend That Was All Over Nyfw