Here's how these well-loved purses got their monikers. 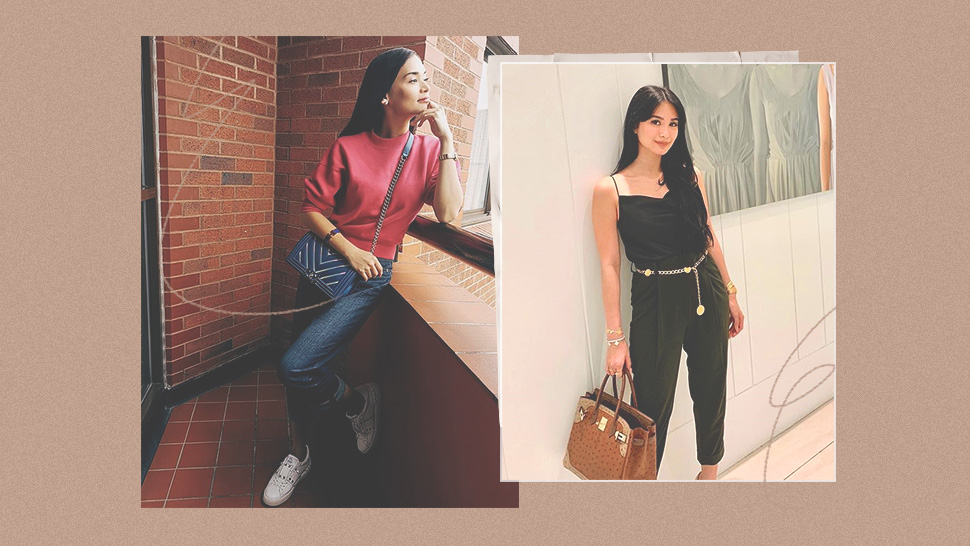 Learning that someone named their kid after you is an immense honor, and the same mindset applies to designer bags. Here, read about five well-loved purses from five different luxury labels that have borrowed their monikers from globally-admired, celebrity muses.

For starters, here's a fun fact: A 2017 study has revealed that the Birkin has grown in value about 14% every year since its creation...and an eye-popping 500% in the last 35 years. That's enough to make us want to invest! This eternally coveted icon got its name from Parisian muse and British actress Jane Birkin. Created in 1984, its existence was a famous accident, the product of a fated encounter between Jane and former Hermès head Jean-Louis Dumas on an Air France flight from Paris to London in the early '80s. Jane was sitting next to the chief executive, and as she struggled to arrange her things before takeoff, the contents of her wicker picnic basket haphazardly spilled out. A mess, but one with a happy ending: Jean-Louis couldn't help suggesting she needed a bag with pockets, and this sparked a conversation about her ideal accessory. The most charming bit? Jean-Louis actually first sketched the purse on an inflight paper air sickness pouch! As Jane fondly recounted to The Telegraph in 2012, the pair ended up doodling her specifications for “a handbag that is bigger than the Kelly but smaller than Serge [Gainsbourg]’s suitcase.” Legendary. Now that's productive airtime.

Likely topping your wish list as it did your mother's back then, Dior's dainty Lady Dior was originally unofficially named the Chouchou. That moniker clearly didn't stick around for long, because it was Princess Diana's undying devotion to it that really cemented its place in the scene, regally bestowing upon it the momentum that has successfully pulled it through the decades' changing tides. Does it not remain one of the house's perennial, forever relevant pieces to this very day? It's totally a continuation of the great lady's colorful life and legacy, we think, and its backstory is just as fascinating. It was 1995, and France's then-First Lady Bernadette Chirac gifted the visiting Diana the petite black bag, adorned with charms spelling out the label's signature, at the Paul Cezanne art exhibition in Paris. It was only the beginning of perhaps her most memorable love affair. Following the initial event, she was snapped by international press sporting it visiting a children's home in Birmingham that November, and dangling it from her arm as she landed in Argentina for a state visit, and flashing it at the Met Gala...and finally, in 1996, Dior lovingly rechristened it the Lady Dior. Instantly beloved by women whose adoration for the People's Princess, as Di was fondly dubbed, knew no bounds, it sold over 200,000 units in the next two years. There's no stopping this charmer—it's emerged victorious in the face of fashion's many drastic evolutions. A royal flush!

The elegant Jacqueline Kennedy, or Jackie O. as she was known in later life, was undoubtedly a style icon. In the era she presided over the White House as First Lady and wife to President John F. Kennedy, her wardrobe oh so memorably consisted of prim tweed skirt suits, pillbox hats, ropes of pearls, and smart pumps, but after her husband's bewildering assasination in 1963, her restrained taste also took a historic turn. Withdrawing from the public eye and now favoring outfits that hid more than they highlighted, she grew famously partial to enormous, dark, round sunglasses and the looser, wide-leg silhouettes of the '70s. Call it an expression of freedom from her former life or simply personal growth—either way, her relaxed slash elusive new lewk quickly became equally symbolic. Here's where the Gucci Jackie came in. The flat, roomy, half moon shaped hobo bag fit in perfectly with her rebrand, and she was photographed holding it so often that the Italian label proudly redubbed it after her. Legend has it that in 1964, she strolled into a Gucci boutique and bought not one, not two, but six of the purse. She liked it that much, and we reckon so will you. Frida Giannini's deconstructed, bamboo trimmed 2009 version swiftly nabbed the spotlight then; we're veeery patiently waiting for current Creative Director Alessandro Michele to whip out his own take.

In February 2015, the late Karl Lagerfeld said: "Chanel had this attitude, it's the very spirit of Chanel. She'd picked it up from Boy Capel, the great love of her life... Indeed, the bag's called Boy Chanel." There you have it, folks! You may think of it as the offspring of this famed affair, eons after both Coco and her lover (who died in a tragic car accident on his way to a rendezvous with her) were laid to rest. How raptorously romantic. A touch masculine in design and easily also a tribute to Mademoiselle's liking for menswear influences, Karl also mused of it, "Chanel used men’s underwear to make dresses; she had this boyish attitude." It's a pretty remarkable fusion of influences! For context, Captain Arthur Edward "Boy" Capel was a British polo player and highly intellectual politician who met Gabrielle in 1909 and initially financed her flourishing shops. His dapper dress sense is what inspired her to coin the inimitable Chanel look of straight, boxy blazers and chic sobriety, reflected on the Boy's own bold, sure lines and heavy hardware.

Amidst the clamor for the greater, widened recognition of female directors in the film sphere, there are certainly several who have successfully carved their paths—one of them has got to be Sofia Coppola, the mastermind behind cult classics Marie Antoinette, Lost in Translation, The Virgin Suicides, The Bling Ring, The Beguiled, and Somewhere. Prolific and hailing from the star studded Hollywood family of Coppolas (she counts actor Nicholas Cage as a cousin, no big deal), Sofia was first thrust into the movie world via a cameo in her dad Francis Ford Coppola's infamous flick The Godfather as a months-old infant in 1972. It's only fitting that blooming into an adult, she collaborated with Louis Vuitton, a maison with a fascinating, storied life to match hers, to lend her initials to a capsule line. Its pride, the SC, is a sensible duffel available in various sizes, from a small shoulder sling to a giant travel bud.

Kryz Uy Talks About All the Designer Bags She Regrets Buying

Here's How To Tell If A Sweater Is Cheap Or Expensive

Vintage Shopping? These Are The Best Items You Should Be Looking For! 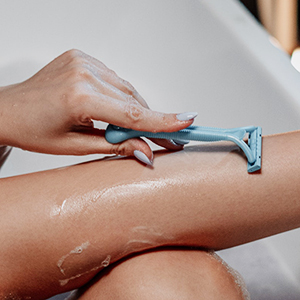 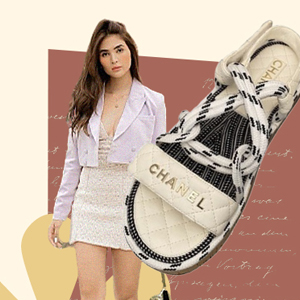 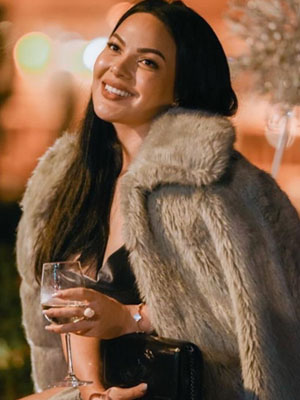 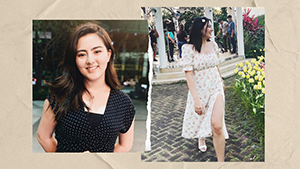