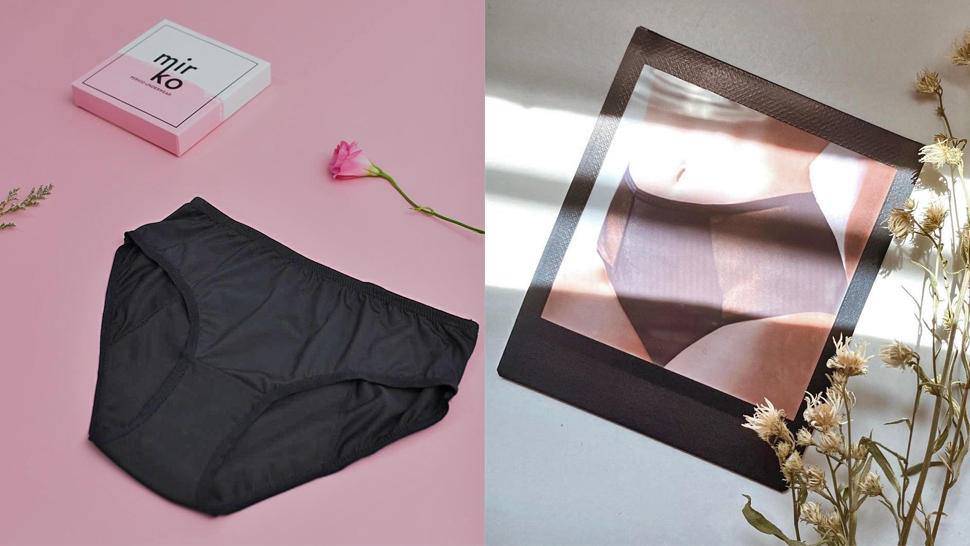 When itâs that time of the month, menstrual pads and tampons always come to the rescue. Using pads and tampons, however, isnât exactly the most eco-friendly thing. Just imagine how many pads you go through in a day for approximately a five-day menstrual period every month, every yearâ you donât need to do the exact math to realize just how much waste that can contribute.

Thankfully, inventions like menstrual cups have started popping up on the market. Another similar creation that's meant to support sustainability is the period underwear. You've probably heard this from your friends or seen an ad on the internet. If you're curious about period undies and how they work, here's a mini guide for you:

How does period underwear work?

Period panties are a special type of underwear specifically used by women when they have their menstrual periods. They're made of several layers, usually three, that work to absorb fluid and prevent it from leaking.

According to Dr. Sally Hutchinson in an interview with ABC Life, the first layer is a water-repellent layer that absorbs the moisture away from the body. The middle layer is said to be a water-absorbent layer that holds the fluids. Lastly, the outer layer is made to be impermeable by fluids to prevent any leakage.

Period underwear was made for those who want to minimize their waste and stop using pads whenever they have their periods. They are washable and reusable, which would cost less and contribute less waste in the long run.

Can you use period underwear on its own?

Some variations of period undies, specifically the ones made of thicker layers of fabrics, can be used on their own during your menstruation without any leakage. Other types will still require you to wear a pad on top of them for extra protection against tagos. It will also depend on how heavy or light your flow is for the month.

Where to buy period underwear in the Philippines?

If youâre interested in trying period panties, here are a few online stores that offer them:

A post shared by HERâ Belle and Beauty (@herbelleandbeauty)