JUST IN: Jinkee Pacquiao Is One Glamorous Ninang at a Wedding Wearing Accessories Worth at Least P10 Million|Read more »
Fashion | By Nikko Tuazon for Pep.ph - Oct 24, 2020 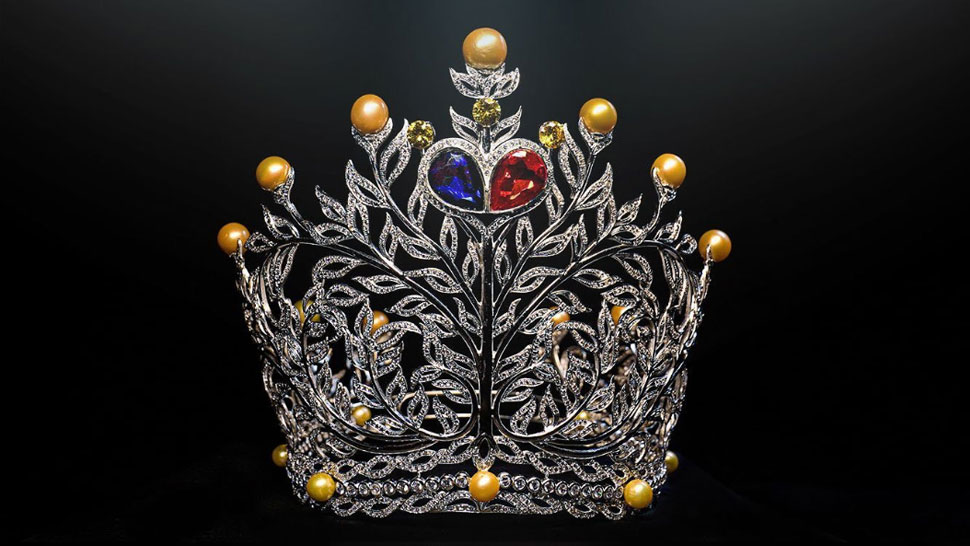 Filipino pageant fans are raving about the new "Filipina" crown. The highly coveted headpiece will be worn by the winner of the pioneer edition of Miss Universe Philippines this Sunday, October 25, 2020.

In a post on their official Facebook page, the Miss Universe Philippines Organization (MUPO) revealed that the "Filipina crown" was designed by the Villarica family, the owners of one of the biggest pawnshop chains in the country.

Part of their post read: "In the Philippines, Meycauayan, Bulacan is renowned as the center of world-class craftsmanship in fine jewelry-making. It is also home to the Villarica Family, owners of the Villarica Pawnshop chain. We are very grateful to them for stepping up to the challenge of creating this masterpiece."

The crown is possibly the most expensive Miss Universe Philippines crown ever made, with an estimated value of P5 million.

From 1996 until 2017, Binibining Pilipinas Charities Inc. (BPCI) used the "SA-300 crown" made by New York-based crown maker KS Concepts Ltd. for Bininibing Pilipinas-Universe/Miss Universe Philippines winners. It was the crown Pia Wurtzbach got to wear when she won the title. According to TheBestCrowns.com, the crown is made with Swarovski Austrian crystals and is valued at $165 (around P7985).

According to MUPO, the design of the new crown perfectly embodies a modern Filipina. The organization took to Instagram on Tuesday, October 20 to provide more details about the crown and the inspiration behind its design.

The caption reads: "The crown represents the achievement of one’s mind over body as a Filipina. It will be a symbol of triumph over one’s journey of trials, hard work and perseverance in obtaining one’s dream. A dream that has become a reality that would inhabit her mind, heart and spirit."

MUPO also explained the different elements, and what they symbolize.

The post continued, "The elements of the FILIPINA crown reflect the true meaning of womanhood. The swirls of leaves are like the lives of every woman who seeks success in different forms yet still keeps the Filipino values in their hearts. Every diamond embedded in each leaf lusters like smiles that sparkle the lives of people that she encounters. The yellow pearls express creativity, intelligence, optimism, and fear of God—characteristics that make every Filipina a gem in her family.

"Sapphire, Ruby, and Topaz represent the flag of every proud Filipina, a woman who believes in the beauty of her race, the strength that runs in the veins of her blood and the beat of her heart that would always describe a true FILIPINA."

Gazini Ganados will relinquish her crown at the pageant's grand coronation happening this Sunday, October 25, at the Baguio Country Club.

The telecast will be aired by GMA-7. Digital streaming will also be available on Ring Light via empire.ph.