LOOK: Carla Abellana's Bridal Look Is Proof That You Can Never Go Wrong With the Classics|Read more »
Fashion | By Marj Ramos - Apr 21, 2015

How Hands On Were Georgina And Solenn For Their Book?

Plus, random fun facts we bet you didn't know about these Besties! 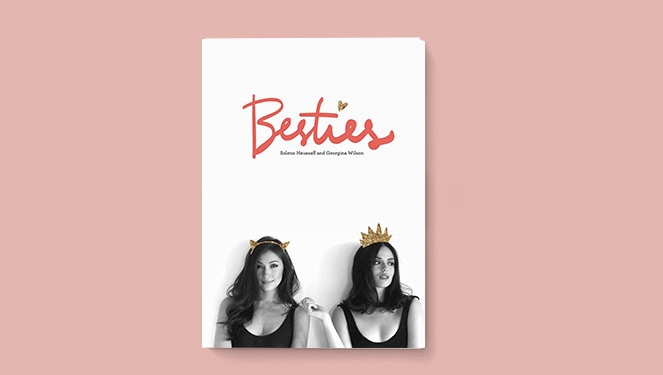 Move over, Alexa Chung. Our very own It girls just released their book, and—dare we say it—it’s better than yours!

Besties, the product of Solenn Heussaff and Georgina Wilson’s lifelong friendship, is now out in bookstores nationwide. Written in the girls' voice, it documents their thoughts on self-worth, love, sex and beauty (they posted their pics without makeup!) and real-world tips for fashion and travel (Martine Cajucom makes a cameo in re: traveling on a budget). Style Bible had a chat with its editor, Raymond Ang, who talked about the making of the chicest, pinkest self-help book ever. From Solenn’s cooking skills to George’s fashionable lateness, read on for your ticket to the #BestiesBookClub! 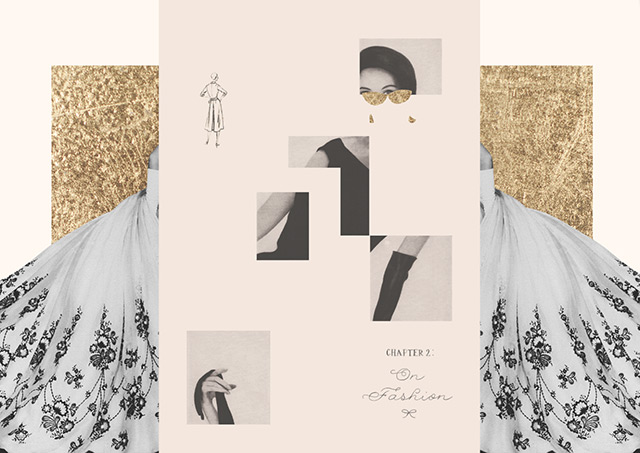 A chapter on fashion. (spread by Paulina Ortega)

Basically, what's the book about? What should the readers expect from it?

"Besties was conceptualized by Solenn and Georgina over a year ago as a means to reach out to the young girls who look up to them, and maybe share things they've learned along the way. During the initial meeting for the book, they talked about how they get messages from young fans asking them for advice or sometimes even telling them how much they hate their lives. They just wanted to tell those girls that they also have good days and bad days, and don't have it all together—and how that's okay."

Tell us about its tone and the writing style.

“Besties is personal and relatable. It makes for fun and easy poolside reading. Bring it to the beach!”

How hands on were George and Solenn?

“A lot of people have been asking me this question and it's really not what you think. Besties is a self-produced, self-financed passion project for them. They conceptualized it over a year ago and personally hired me and Miguel Lugtu, the art director, to work with them on the project. We came up with the structure, flow, tone, and look of the book but it's their ideas and life experiences that fuel it. Truth is, Solenn and Georgina were there almost every step of the way.

We had meetings weekday nights and weekend mornings. They personally checked out the portfolios of the writers and artists we brought into the project. They read through the book after every edit and gave comments and suggestions.

I think it says a lot that they have no qualms about crediting their team—the writers, the artists, the graphic designers—in the book and all over social media. They're not pretending like they did everything by themselves. We had a pretty awesome team for the project and I think Besties is testament to that.” 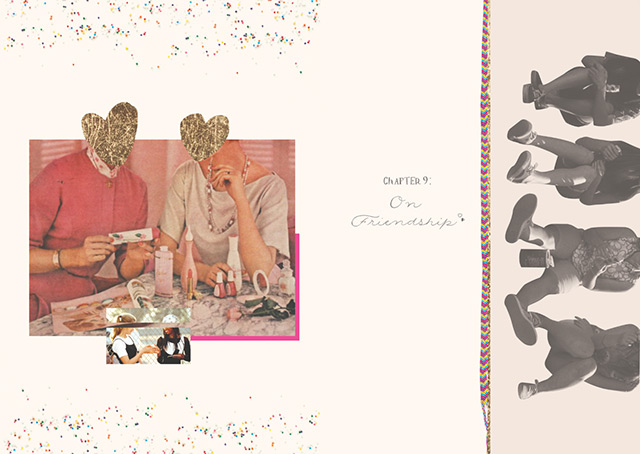 On friendship. (spread by Paulina Ortega)

Let us in on the making of Besties! What were some random fun facts you discovered?

“Solenn is a great cook. Most of our meetings and interview sessions were held in their houses so we got to see them in a more laid back setting. One time, to persuade all of us to meet on a Sunday morning(!), Solenn cooked us a feast for breakfast—mushroom burgers from scratch, kombucha, salads, etc etc. At one point, she served us the best cassava cake I've ever had—which is saying a lot, as a cassava cake connoisseur myself.

Georgina is not the most punctual person. She's a pretty chill girl and that's cool when you're hanging out with her, but that bleeds into her punctuality sometimes. (Laughs) One time, we got really concerned because she was two to three hours late to a meeting and we were scared she got into an accident or something. Solenn was getting scared and kept calling her phone. Turns out, she was just shopping with her titas. (Laughs) She makes up for her lateness by bringing coffee, sunnies and pastries, though—so all is forgiven. Plus, she owes us a Vask dinner. Yay!

Solenn and Georgina are best friends because they're honest with each other. You know how they say a fake friend stabs you in the back but a real friend stabs you in front? That's how they are. It's a great thing to have for anyone but even better for someone who's in an image-driven industry like theirs. For example, Solenn always tells Georgina that the meeting is an hour earlier. The friendship works because they genuinely look out for each other.

Georgina is actually really sensitive. Most of the time, she puts up a front as this smart, confident, put-together woman—and she is, don't get me wrong. But sometimes, that exterior crumbles when she's talking about things that really hurt her. At one point during the interviews, she was talking about the body shaming they get from online bashers and just started tearing up. Georgina was bullied for her weight as a kid and she admits that that stuff still bothers her. I think sometimes, she forgets who she is today and still feels like that bullied kid in grade school.

Solenn is pretty passionate about acting. While it's easy to dismiss her as just another model-turned-actress, through the years—and especially as her working relationship with legendary director Peque Gallaga has grown closer—she's become a better, more natural, and more focused actress. Direk Peque is the guy who's taken everyone from Cherie Gil to Iza Calzado under his wing. The guy knows talent and Solenn's repaid his faith through hard work and dedication. She talks very passionately about their projects together.”