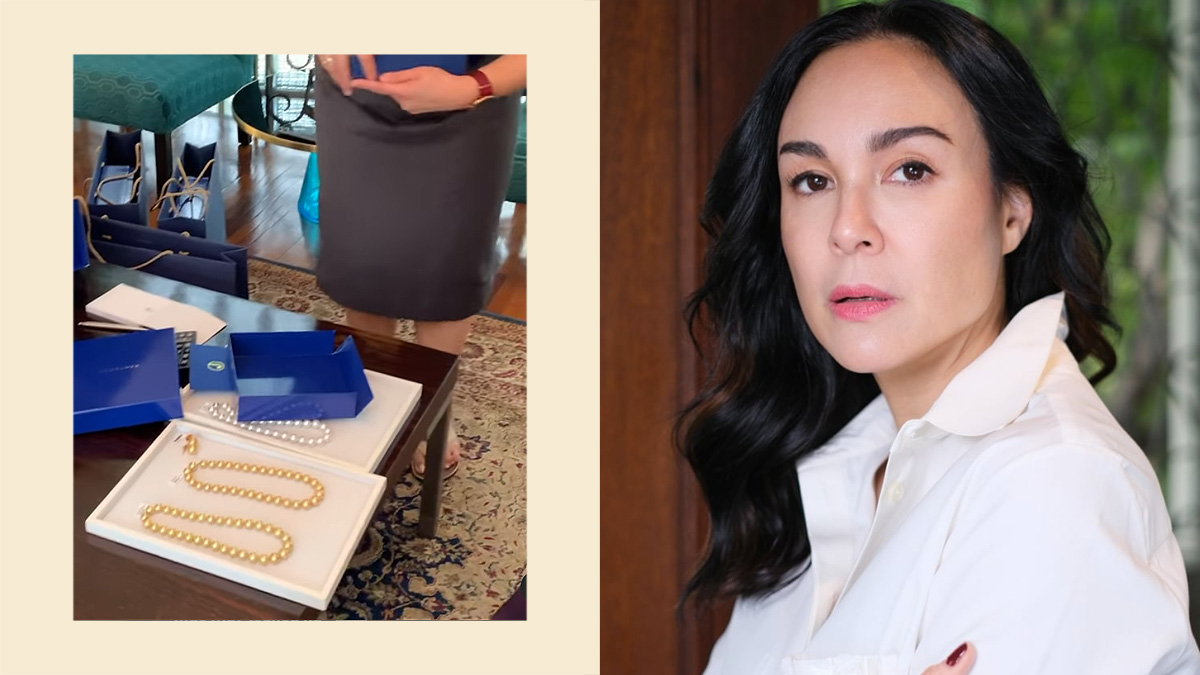 IMAGE (LEFT TO RIGHT) Instagram/gretchen_barretto, Instagram/mkqua
One white pearl necklace has an average price of over 3 million.
Shares
Share
Tweet

Gretchen Barretto has recently been named pearl ambassadress of the international luxury brand Jewelmer, which is known for its lustrous, golden South Sea pearls.

On January 7, 2022, Gretchen revealed in a video posted on her Instagram account that she received a plaque signed by Jewelmer owners Jacques Branellec and Manuel Cojuangco themselves.

The recognition was presented to her after she bought from the brand her new princess-style pearl necklaces and a pair of golden South Sea pearl earrings.

She exclaimed in the video after the plaque was presented to her, "Oh, wow! What is my special talent to deserve the plaque?"

In the caption of her post, Gretchen wrote, "@jewelmer @jacquesjewelmer [emoji] Endless gratitude [emoji] my love affair with the golden southsea pearl lives on [emoji]"

Gretchen also received a special gift from the brand.

Gretchen also thanked Tonyboy in her caption, "thank you Dada for giving in to my [emoji] for anything @jewelmer [emoji] PEARL AMBASSADOR [emoji]"

This wasn't the first time that the 51-year-old actress received a plaque from Jewelmer. She was also named a pearl ambassador of the brand in 2017.

Jewelmer has been tapping personalities as "pearl ambassadors" to help spread the word about protecting and preserving the Philippine seas, especially those in Palawan where the brand's South Sea pearl farm is located.

Gretchen has been dubbed by netizens as the "pearl queen" for wearing layers and layers of pearls in various shapes, colors, and sizes.

She usually wears at least two strands of pearl necklaces.

Gretchen revealed that her love affair with pearls started when her daughter Dominique Cojuangco was just ten months old.

Gretched used to show her pearl accessories in her previous Instagram account, which she revealed was hacked in November 2021.

Here's the Real Reason Why Pearls Are So Expensive