After two years without Gossip Girl, here's the latest about your favorite Upper East Siders. 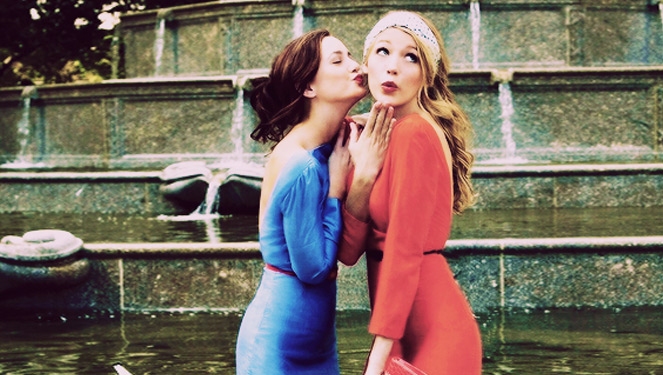 It’s been two excruciatingly long years since Gossip Girl last aired on the small screen, and yes, we do miss our source that digs into the scandalous lives of Manhattan’s elite. Quite honestly, apart from all the high school drama and petty catfights, we’re also deeply longing for Chanel and Jimmy Choos to once again grace our TV screens. Unfortunately, this severe feeling of nostalgia is not something that can be easily addressed by Tumblr photos of Chuck and Blair or Dan and Serena (no matter how cute they are). We need something more powerful than a Waldorf quote about shopping, and that is to check up on our favorite Upper East Siders once and for all.

Come on, read the latest scoop and stop pretending you're not itching for a little throwback, too. 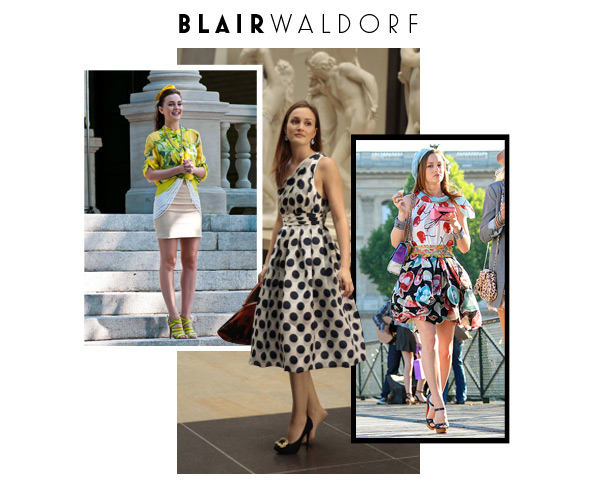 How can one ever forget the role of the Park Avenue princess, Blair Waldorf, played by the lovely Leighton Meester? Her obsession for scheming, Audrey Hepburn movies, and Ladurée macarons is already more than enough reason to fall in love with her ambitious yet cunning character. Not to mention, her history of boyfriends includes the prince of Monaco, the golden boy Nate Archibald, and, well, Chuck Bass. Now, don’t act so surprised whenever people call her Queen B– you know you love her.

WHERE IS SHE NOW: Surprising as it may seem, Leighton in real life is a far cry from the Upper East Side royalty she portrayed. She’s been married to The O.C. star Adam Brody for less than a year now, and they’re even co-starring in the film Life Partners where Leighton played a lesbian role. And just this October, she has also self-released her debut album called Heartstrings. 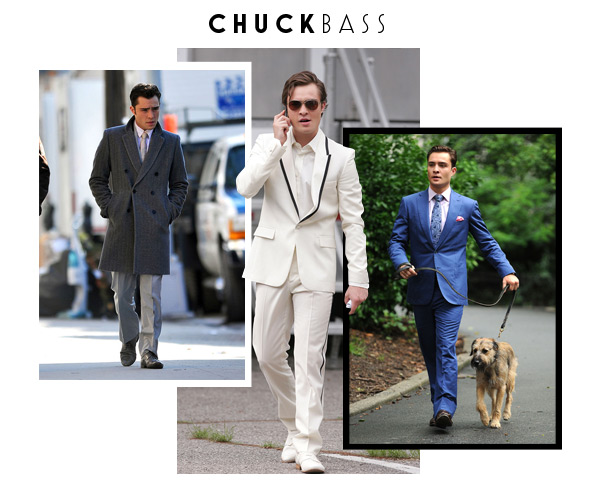 His legendary one-liner says it all, “I’m Chuck Bass.” Played by English actor and musician Ed Westwick, this one needs no introduction. He’s the bad boy billionaire we all love to love and hate at the same time. He wears a suit even when he’s just taking the dog out for a walk, and he’s the only one who can pull off a plaid scarf in high school and not get mocked. But then again, he is Chuck Bass.

WHERE IS HE NOW: Currently, Ed is busy filming his upcoming movies, but we last spotted him on the 2014 Victoria’s Secret Fashion Show after he made an adorable request on his Instagram asking for an invite. Chuck Bass never would have had to ask for tickets to a party, but good thing for Ed, he only needed a little charming gesture to get him in. 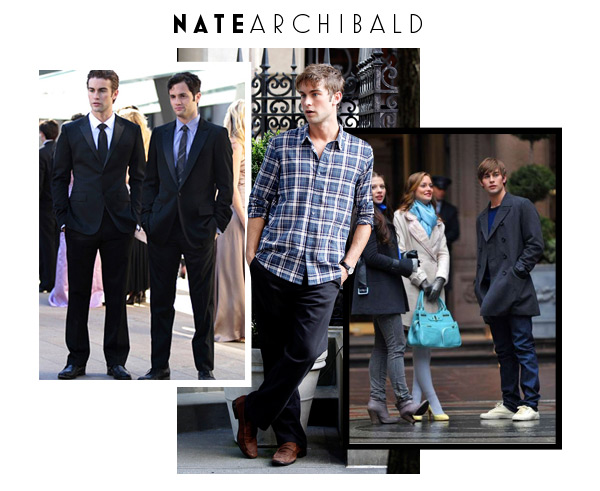 If there’s a heartthrob award in Gossip Girl, then Nate Archibald would hands down bag that trophy. This golden boy portrayed by Chace Crawford dated almost every blonde beauty on the series (except maybe Lily van der Woodsen who’s the mom of her ex). A lacrosse player, a best friend to Chuck Bass, a long-time  boyfriend to Blair Waldorf, this perfectly polished and dashing dude got ladies (and even some guys) swooning over him for six whole seasons.

WHERE IS HE NOW: After his Park Avenue life in Gossip Girl, Chace has been moving on from his good guy image and transitioning into more mature film roles. Last time we heard about him, he’s rumored to be dating The Vampire Diaries star Nina Dobrev. 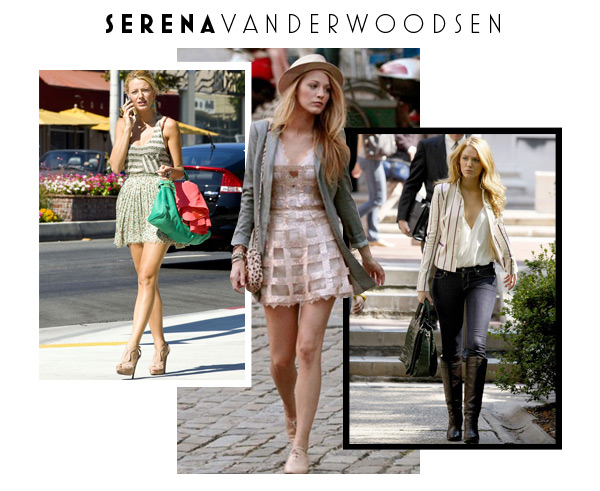 There’s no way we’re talking about Gossip Girl fashion and not use the name Serena van der Woodsen in the same sentence. The Upper East Side’s favorite It girl played by the blonde bombshell Blake Lively had us literally Polyvore-ing her looks from New York to Paris. No matter what scandal she gets herself into, we couldn’t be more thankful to the paparazzi to cover her #OOTDs for us to obsess about afterwards.

WHERE IS SHE NOW: After tying the knot with actor Ryan Reynolds in September 2012, this blonde beauty is now a soon-to-be mommy who’s handling her baby bump in the most graceful way possible. Even though Gossip Girl has long bid goodbye, the good news is that Blake’s very own lifestyle blog Preserve.us is up and running where she constantly shares random snippets about her fascinating life. 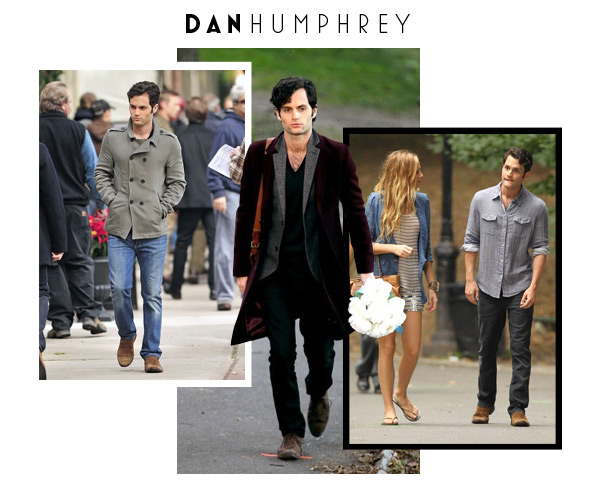 Dan Humphrey may have started as an outsider, but we all know Gossip Girl’s lonely boy didn’t end up so lonely at all when the series came to the finale. Portrayed by Penn Badgley, this charismatic curly-haired writer most probably had the least contribution in the fashion department as his low-key character often suggested plain T-shirts and button-downs to go with his loafers. But then again, he’s smart and kind of witty, so let’s just count that as sexy, shall we?

WHERE IS HE NOW: If you already miss this charming fellow, worry not because Penn is back in New York to film NBC’s The Slap. It’s going to be an eight-episode miniseries based on a 2011 Australian drama and our lonely boy from Brooklyn is set to have a recurring role alongside Uma Thurman. 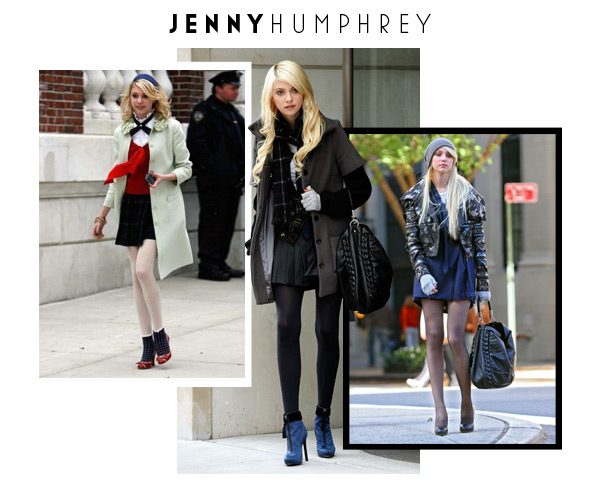 Dan’s sister Jenny Humphrey may not have reached the end of the well-loved series, but she did stir up quite some drama for four consecutive seasons. From sweet Little J to the edgy Park Avenue princess wannabe, Taylor Momsen’s character obviously had the most identifiable style evolution in the show. Jenny may have pulled some pretty annoying and villainous deeds, but let’s give it to the girl; she did have her cute moments, too.

WHERE IS SHE NOW: From Park Avenue dreams to rock and roll, Taylor now fronts a band called The Pretty Reckless. In fact, their latest album entitled Going To Hell has already produced two hit tunes. Oh, and yeah, she’s still wearing a lot of black eyeliner.

How To Weed Out Your Closet

A Girl's Guide To Caring For Denim