LOOK: Julia Barretto Is Ready for Mature Roles, Which Means Living Life on Her Own Terms|Read more »
Fashion | By Bea Jocom - Sep 30, 2014

See the dresses Amal Alamuddin wore to her wedding weekend in Venice. 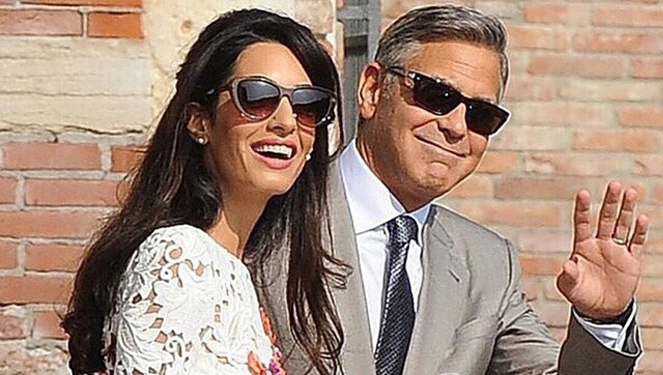 When saying "I do" to a guy like George Clooney, there's no other option but to go big on dress. Of course Amal Alamuddin didn't fail to deliver on this department as she gets reinforcement from no other than Oscar de la Renta. The designer whipped up the dreamy frock made of ivory tulle appliquéd with 14 yards of Chantilly lace, hand embroidered with beads and crystals. 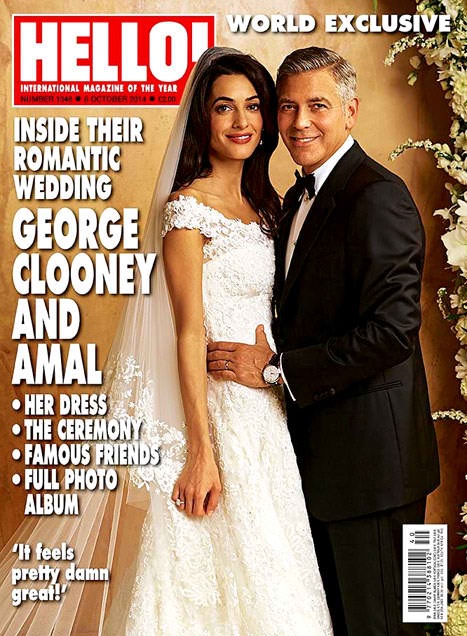 By now we’re pretty sure you guys have already heard of the big news—the guy who has been holding the title of being the world’s most eligible bachelor for the longest time (21 years to be exact), George Clooney, has finally decided to settle down. The lucky lady who got to marry the man of everyone’s dreams in romantic Venice, Italy,  is 36-year-old hot shot lawyer, Amal Alamuddin.

The wedding weekend was so eventful that although her exact wedding dress has been shrouded in secrecy, paparazzi and fans were able to take snapshots of her three equally ogle-worthy frocks. If the groom suited up in Armani and Vogue editor-in-chief Anna Wintour was present, the bride obviously wasn’t going to allow herself to be out-dressed.

According to metro.co.uk, Alamuddin was rumored to have planned 12 outfit changes. Luckily we were able to spot three.

The British-Lebanese lawyer stepped out in a lace long-sleeved Giambattista Valli dress for her first appearance as Mrs. George Clooney. Of course, Clooney complemented her by looking dapper in his grey Giorgio Armani suit.

For a dinner the night before the ceremony, Alamuddin came out in a fiery red frock with matching scarlet lips. She wore a Resort 2011 red printed Alexander McQueen dress with a dramatic hemline.

She arrived in bright and sunny Venice in this striped black and white beauty from Dolce & Gabbana. The retro midi, reports say, is now sold out.

Based on the various sources we’ve been reading, it looks like her “I Do” frock will be revealed on Vogue so we still have to wait. But for now, check out our prediction here.

Outfits To Rock For A Mid-week Night Out

Who Wore The Dungarees Better: Laureen Uy Or Kryz Uy?