Future Nostalgia: Kath Shows Us How to Ride the Retro Wave This Summer
FASHION Jul 8, 2022

Future Nostalgia: Kath Shows Us How to Ride the Retro Wave This Summer

Is retro fashion making a comeback this 2022? The resurgence of trends from the latter half of the 20th Century is pretty evident in how Millennials and Zoomers are dressing in a post-pandemic world. From the glitz of the '70s, the flashiness of the '80s, to the sportiness of the '90s—they’re all making a return to the spotlight and we’re all for it. Kathryn Bernardo, ever the style chameleon, shows us how to channel these iconic eras with Keds’ new Decades Collection.

As the decade that gave us disco, the OG Charlie’s Angels, and The Brady Bunch, the '70s birthed so many trends that are still in vogue today. High-waisted trousers and tennis court fashion have seen a return to popularity recently. Kath channels Farrah Fawcett with a retro-print top, bell-bottoms, and Keds’ groovy new platform sneaker—the Triple Kick Glitter Deco. 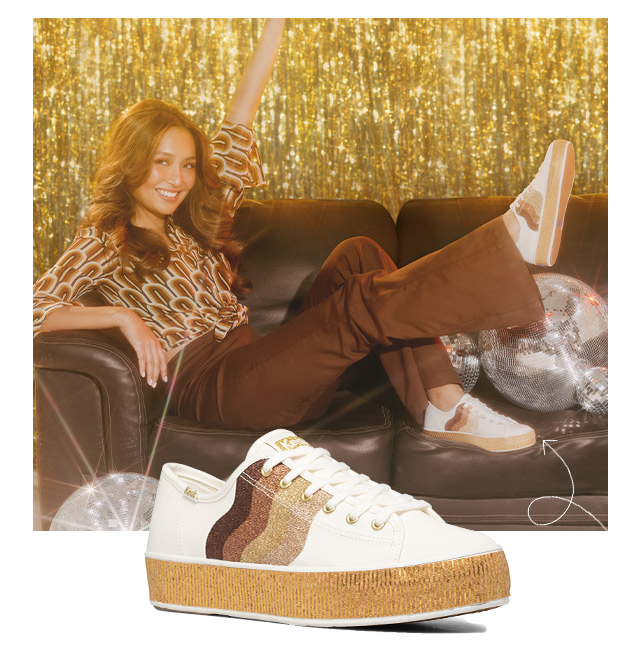 If you want something understated, Kath takes inspo from the era’s favorite fictional “it” girl Marcia Brady in a form-fitting cardigan, pleated tennis miniskirt, and Keds’ Kickstart Glow in the Dark. 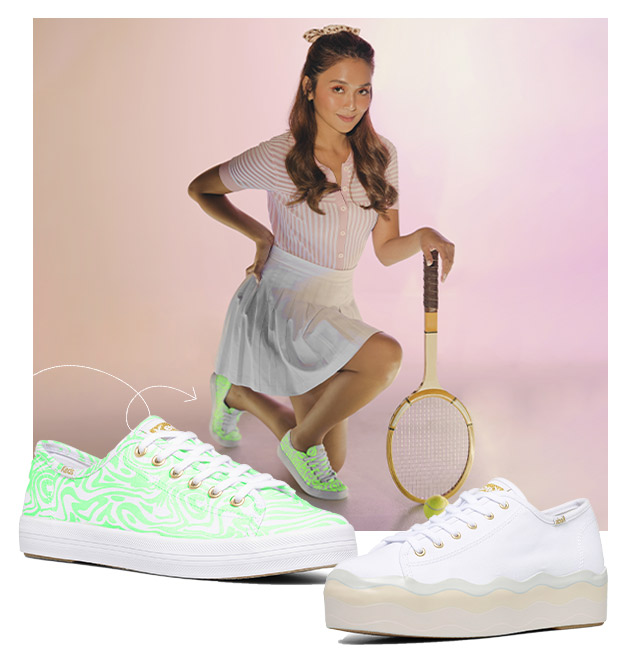 The '80s was a decade that embodied the “more is more” attitude, as evidenced by the rise of teased hair, bold makeup, and dressing in eye-popping colors. Kath takes these to the future (or present, rather) by pairing colorful separates with Keds’ '80s-inspired sneakers. 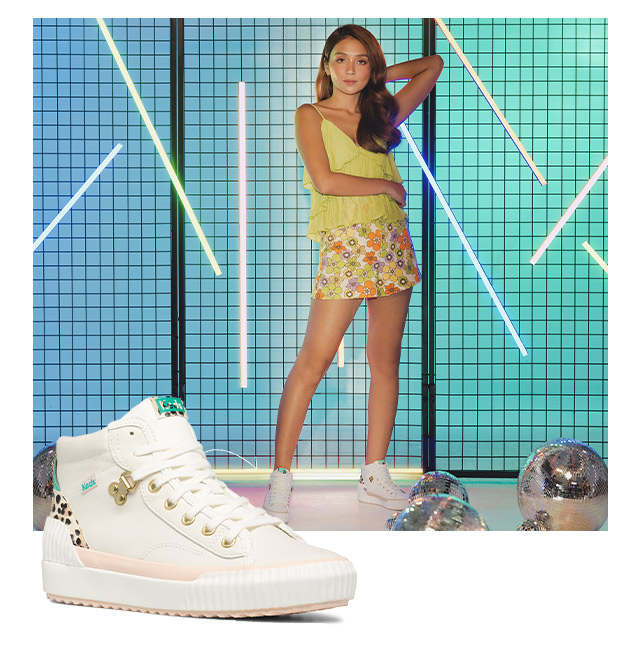 Flashes of neon and animal print are key trends that have been thoughtfully incorporated in Keds’ Demi TRX Mid Leather and Kickstart Leopard Pop Canvas. Balance is key in modernizing an extravagant decade in fashion. 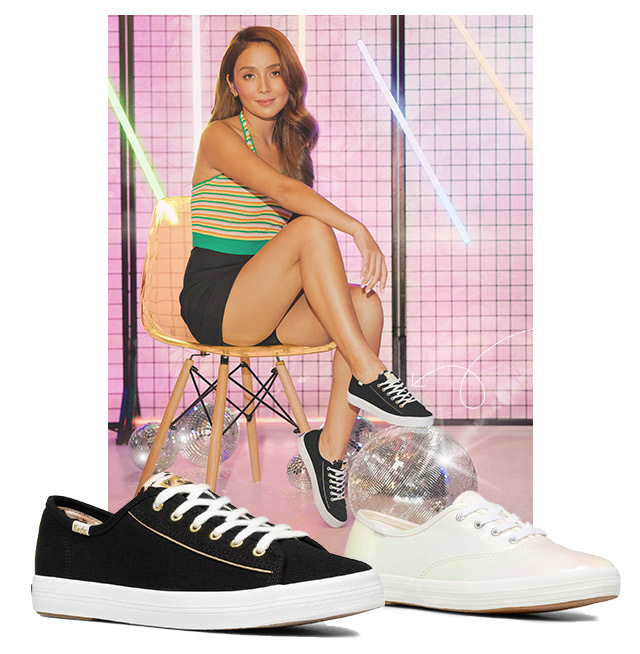 Being the most recent among the three eras, the '90s was a time that most Millennials have fond memories of and the TikTok generation could only wish to have experienced. From sports bras and nylon windbreakers to leggings—the athleisure trend borne from this decade has surprisingly stood the test of time, albeit a lot more refined today. Keds’ latest silhouette and Kath’s new fave, The Tiasa, looks perfect with sportswear. 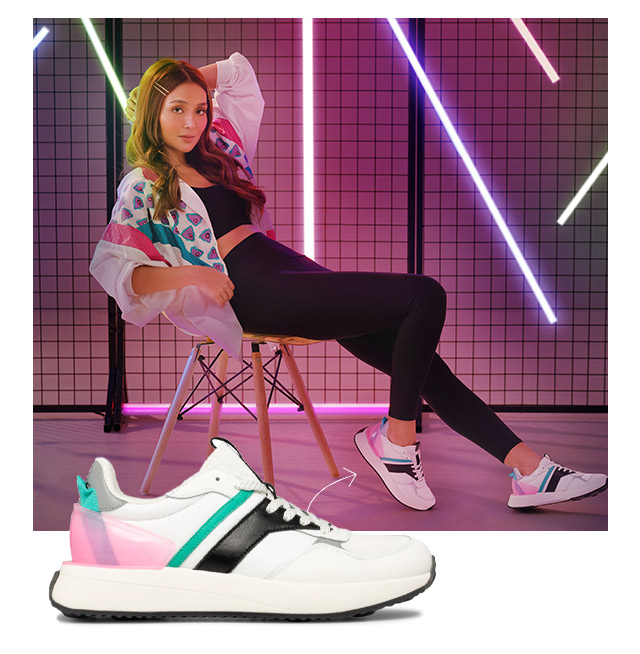 Kathryn Bernardo in the Keds Tiasa in White/Black/Pink (P4,495)

The '90s also brought a wave of hair clips and cute baby-doll minidresses (think Alicia Silverstone’s Cher in 1995’s Clueless) which are very much on-trend now. Pair them with Keds’ chunky silhouettes like the Tiasa or the Triple Up for a contempo-casual feel. 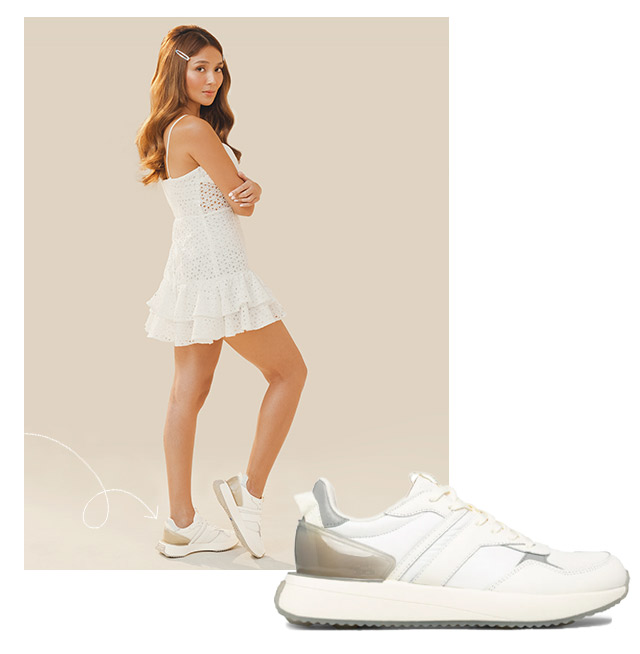 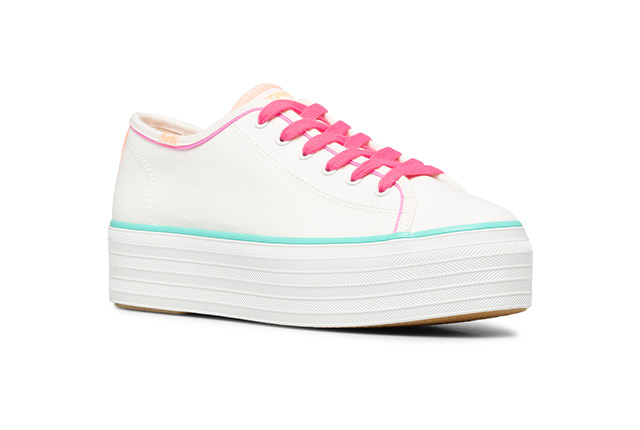 This article is sponsored by Keds.