JUST IN: Jinkee Pacquiao Is One Glamorous Ninang at a Wedding Wearing Accessories Worth at Least P10 Million|Read more »
Fashion | By Nicole Cruz - Aug 29, 2020 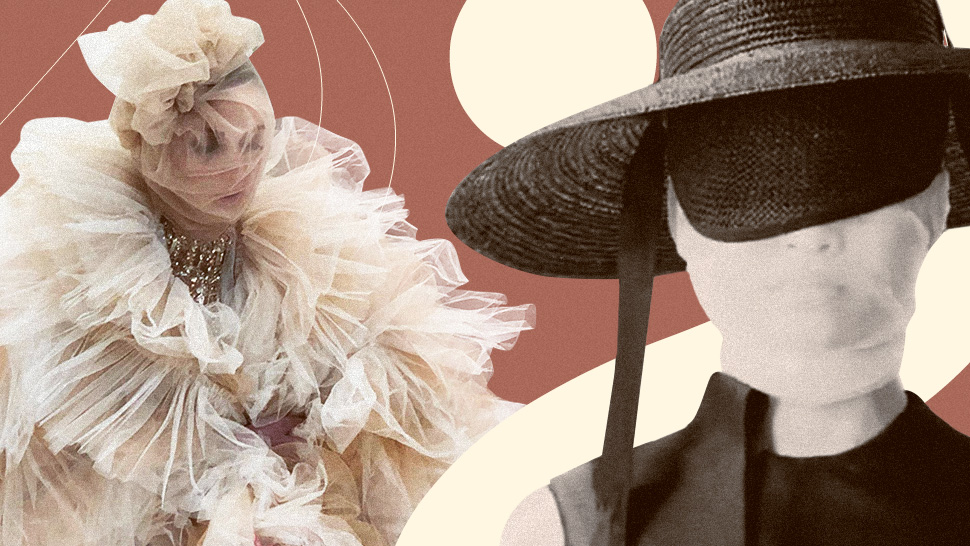 The constraints of the COVID-19 pandemic have led designers to fully utilize digital means to showcase their work. Both locally and internationally, these designers have streamed actual runway shows—models on the catwalk and all—giving everyone the chance to sit in the front row. However, at the recently held fashion festival mounted by Singapore-based group The Front Row, that wasn’t exactly the case.

Instead of a link to the typical Facebook page that will show you models on a makeshift stage or runway, The Front Row’s website is an explorable 3D digi-verse, where you can “enter” buildings and choose which activities you’d like to do—a “Fashion Village,” as they call it. Upon entering the Runway Room, there’s a simple sign asking you to click on a link, leading you to a live-streamed YouTube video. Instead of a runway show, however, what played was a fashion film, which was most likely to everyone’s surprise. But once it was realized that the film was the show, one couldn’t help but be so immersed in the storytelling. The films were not only visually arresting but gripping as well. Very much like a short film.

The Filipino talents who had the honor of presenting at last night’s Pilipinas showcase were Jojie Lloren, Bea Samson, Ezra Santos, Paolo Raymundo, and Furne Amato, all Filipino designers based in different parts of the world with their own story to tell. Jojie Lloren opened the show with a story that appeared to be about faith, as depicted by the bold dresses inspired by Philippine history. New York-based Paolo Raymundo of Paradox Vested Relics told a story of life being about energy and vibrations, and how fashion is a way to channel that. It was made clear with the off-kilter streetwear punctuated by vibrant colors.

As for Dubai-based Ezra Santos of Ezra Couture, his heavily gilded gowns, ornate embellishments, and masked models seemed to tell the story of finding shelter in fashion. Next up was Beatrice Samson whose collection was about “finding inspiration through the stillness of life.” This was made evident by faceless models clad in watercolor-hued dresses, but are isolated in empty spaces and moved solely by haunting music. Last but not least was Furne Amato of Amato Couture, known for dressing international superstars like Katy Perry and Lady Gaga, shed light on hope through grand couture gowns in fresh beige hues.

The films were helmed by Ariel Lozada, who was in charge of the overall creative direction, and Paolo Abella, who led the video direction. Instead of the usual panel Q&A about the collections, the films were followed by a podcast hosted by talk show legend, Kapamilya talent Boy Abunda. The discussion covered things outside of the designers’ collections, like the larger world of the fashion industry. From how they are coping with the pandemic to what they’re looking forward to in the future, the Filipino creatives behind the visual spectacle gave their two cents.

“[What we did was a] hybrid between a fashion film and brand video, something that communicates more ideologies and the creative process of the designer rather than a particular collection. What we wanted to highlight is the designers, so people get to know them, and what their designs are about,” explains Paolo Abella.

Ariel Lozada echoes this, saying, “[We did this without the] intention of selling the clothes or selling [what we do], it was more on image perception.”

True enough, the discussion fleshed out various insights about fashion’s place in the world amid the pandemic. Despite frustrations and uncertainties, most designers agree that what inspires them to keep working is a hopeful future. Jojie Lloren even mentions looking forward to the new age following the pandemic where a distinct silhouette or type of clothing becomes definitive of that milieu. Just like Christian Dior’s New Look.

They also shared what they have learned from the pandemic, with Beatrice Samson saying that now, more than ever, is the time to put the spotlight on local fabrics because these help the communities who produce them. When it came to the purpose of fashion in these trying times, both Paolo Raymundo and Ezra Santos agreed that, yes, fashion will always have a place in the world—it only evolves.

It was a beefy discussion that fashion fanatics would have surely enjoyed because one doesn’t “leave the show” empty-handed but with knowledge and insights to boot. It’s this new kind of fashion show that, perhaps, will keep everyone in the industry feeling inspired and hopeful. And that’s always a good thing.