Francis Libiran Talks About the New and Improved Encantadia Costumes

The 2016 version needed new costumes, too! 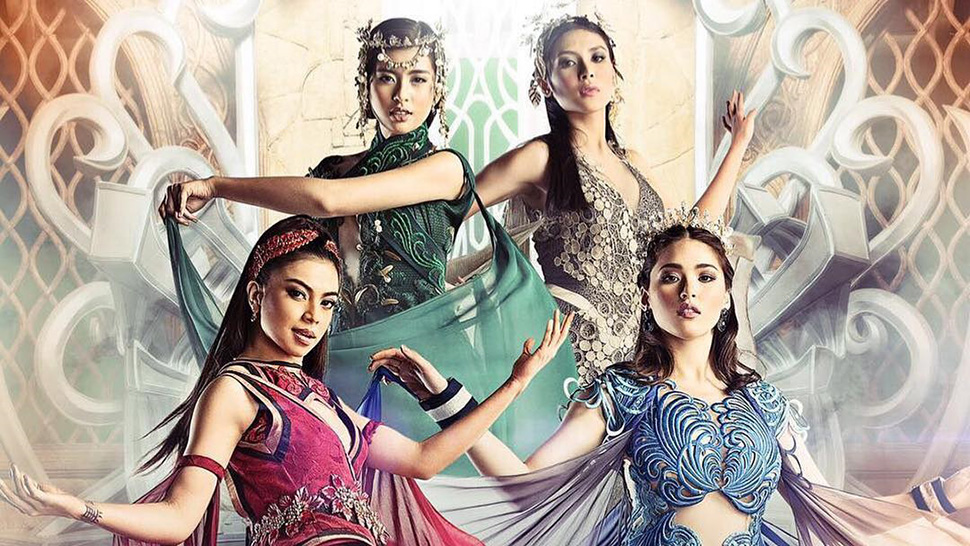 In 2005, GMA aired Encantadia, a series that brought the element of fantasy to Pinoy teleseryes. It launched the careers of the lead actresses who starred in the show (namely Sunshine Dizon, Iza Calzado, Karylle, and Diana Zubiri) and changed the prime time television game for years following it. After over a decade, the network is doing a major reboot of the OG fantaserye with all-new girls (Glaiza de Castro, Kylie Padilla, Gabbi Garcia, Sanya Lopez), a few tweaks to make it fit for 2016, and of course, a whole new wardrobe. When we found out that one of the most sought-after designers in the country, Francis Libiran, was enlisted to produce new costumes for the sang’gres, we weren’t shocked. His signature embellished pieces are worthy of royalty and the concept fit right in with his aesthetic.

Since we have to wait a few more weeks to really appreciate the frocks when the show airs this July, we interviewed the designer to get more deets on his design process and his costume-making debut. 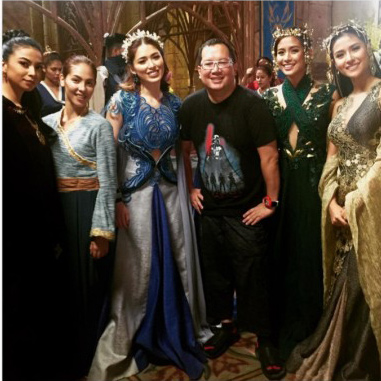 Hi, Francis! Congrats on the show. How did it feel when you were asked to make the costumes for the remake of Encantadia?

“I felt excited and honored because I know Encantadia is a really big hit on Philippine TV. The show set a benchmark for all telefantasias - from its casting, story and visuals. I, together with my team, took it as a challenge for our creative juices to flow.”

How are you planning to make the new version of the costumes different from the original ones?

“For the requel of Encantadia, my team and I brainstormed together with Encantadia's production team. This time, the gowns of the sang'gres and Ynang Reyna will be more edgy and fashionable. Each gown will depict the powers and personalities of each sang'gre while showing one thing that they have in common: Royal.” 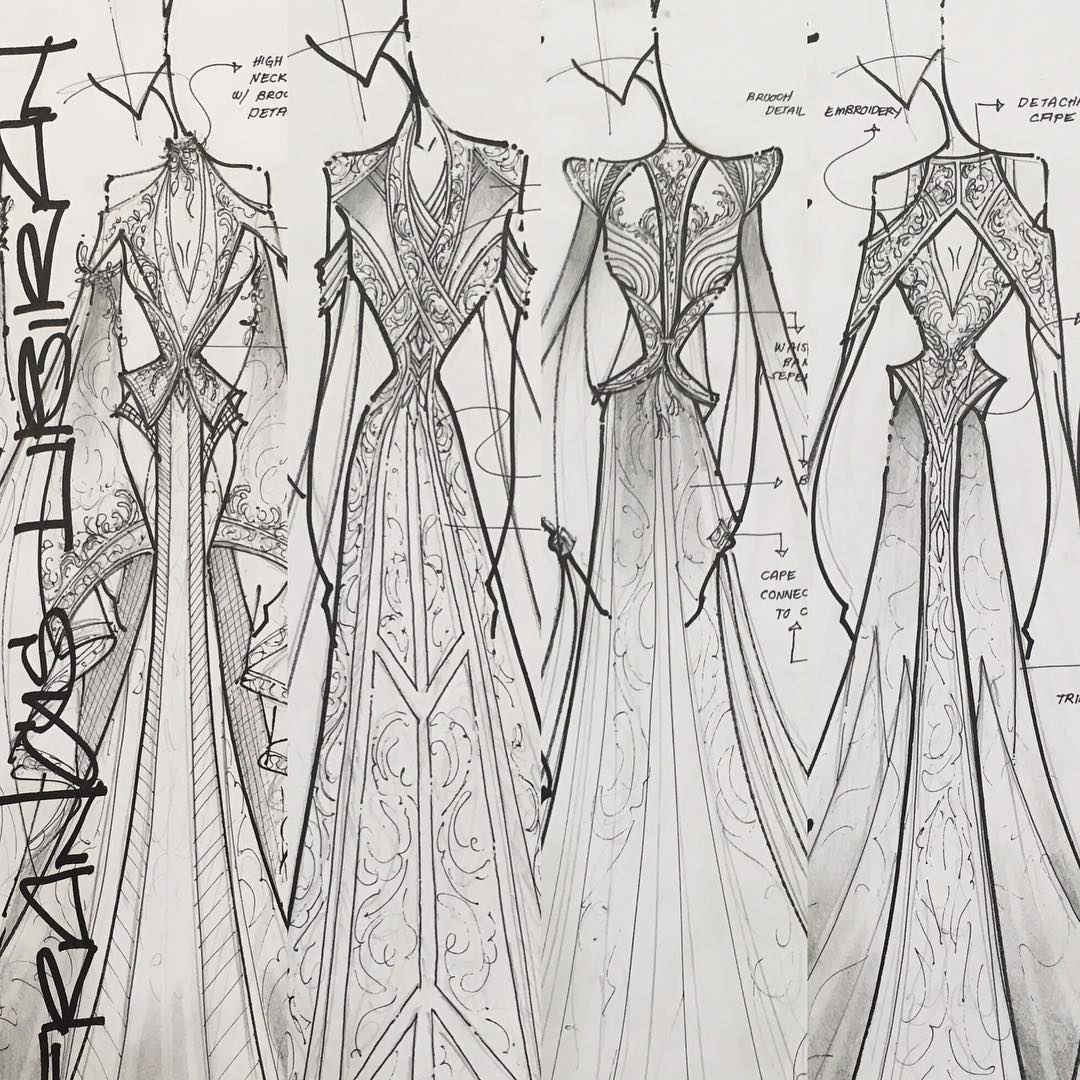 Can you guess which character will be wearing this look?

How many costumes are you making per character? 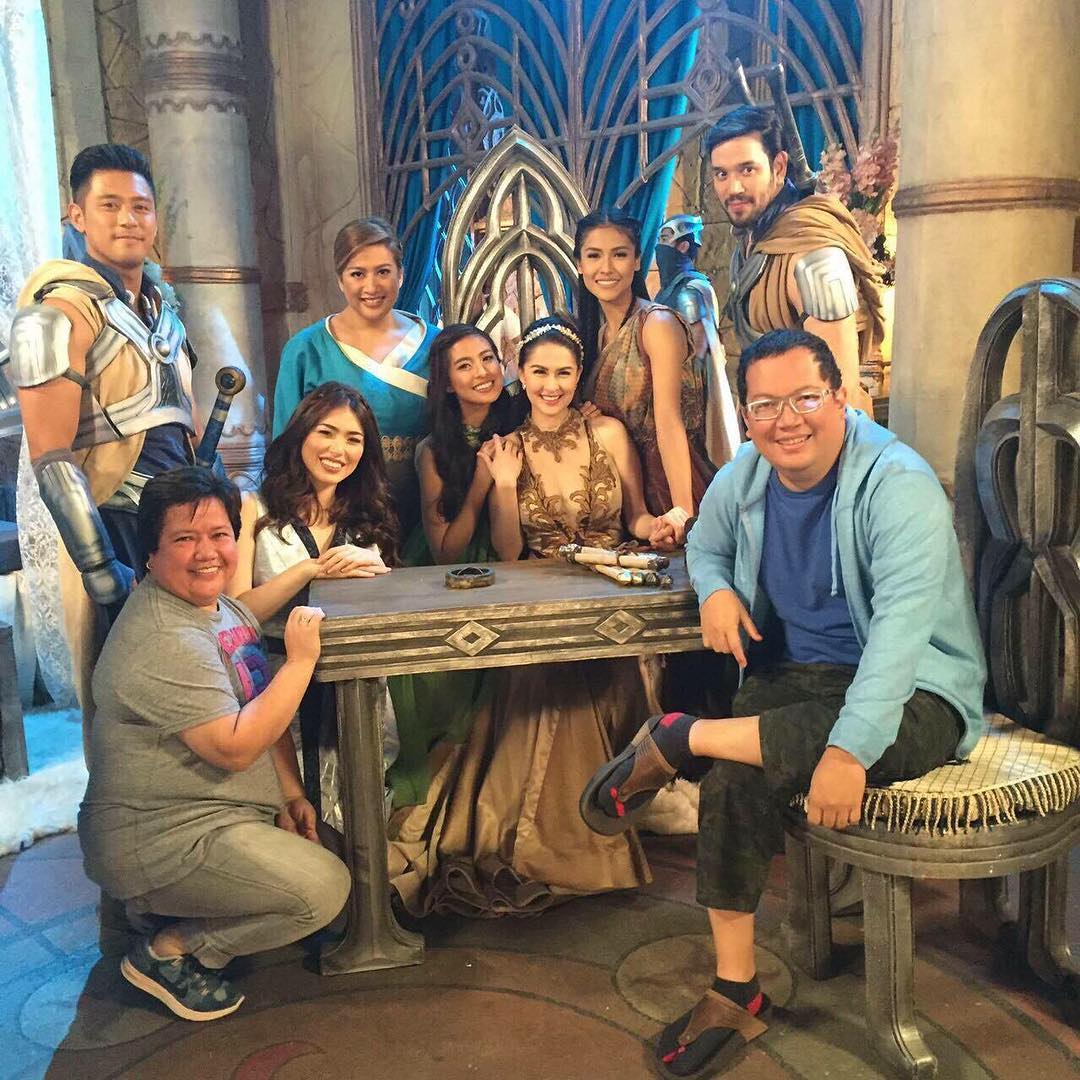 Can you share with us the fabrics you used?

"We used a combination of fabrics such as silk chiffon, Indian silk brocade, detailed custom metallic appliqué and my signature embroidery pattern."

This is far from the usual gowns that you make, how different is the process of making costumes for TV compared to those for events?

“There is no difference in terms of craftsmanship and quality. The process is the same as when we make our signature gowns for clients here and abroad. Since the designs I've made still include my signature details, it was not that hard for me and my team to create the costumes. The only difference is that we had to consider how these gowns would appear against chroma optical filters used in television as Encantadia is a telefantasia which requires chroma.”

How long did it take to make one full costume?

"A normal gown usually takes us two months to create but since we had to consider the time, we assigned a dedicated team of craftsmen to produce the outfits in just 15 days."

Wow that’s fast. Which character had the hardest costume to make?

"Each piece was challenging to make as they are all wearable art-pieces."

Congrats again, Francis! We can’t wait to see the fantasy come to life when the show airs this July!