Finding A Place In A Seemingly Full Industry: Esme Palaganas

Preview's emerging talent shares how a fresh graduate finds her place in the fashion industry. 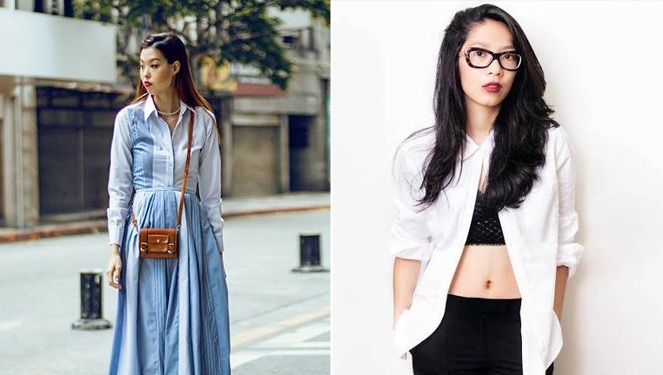 Each year, a number of Fashion Design graduates march up the stage hoping to either land a job with a major brand or open up their own shop. If struck by luck, the dream can become a reality. But for others, they find themselves trekking down a different path.

With the many talents we have in the industry, finding your place in the world of fashion design isn’t as easy as getting your own table in the school cafeteria (which, of course, isn’t an easy task, either). Being a design major, I used to be one of those students who also thought I’d end up with my own couture line after graduation. Luckily, I found myself pursuing another career path (which I am definitely happier with). But as for others like Esme Palaganas, the goal to become a fashion designer still feels tangible and much more real than it ever was.  In a world where self-promotion and social media play a key role in propelling one’s career, Esme shares what it’s like to use your connections properly while keeping in mind that talent and hard work are still the major factors in the equation to success. 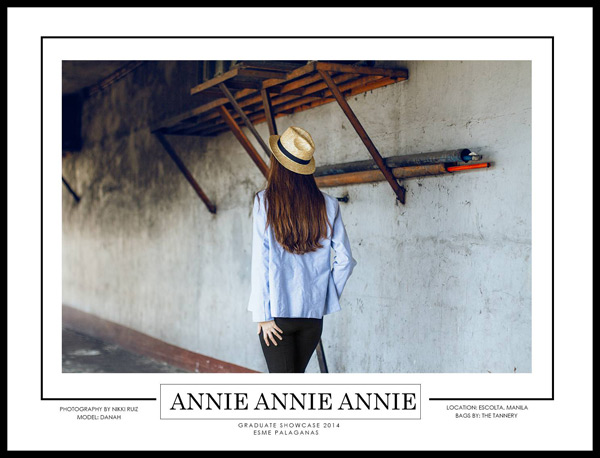 Hey, Esme! So tell me, what have you been up to since graduation?

After graduation, I have been working for a company as a fashion design consultant. Basically, I design for them and suggest branding ideas. I’ve been working on some projects with clients and collaborations with highly creative friends at the side, too, but the main thing that’s been keeping me pretty busy is Basic Movement’s first pop-up for a boutique opening this September. Preparation and production has been pretty crazy!

I’m sure you’ve envisioned life after graduation as early as freshman year. How different were your expectations then from today’s reality?

Before, I was really set on working full time for one company with my work responsibilities ranging from branding and designing. Right after graduation, I was at a shoot and I was telling the photographer how scary the “real” world is and the thought of being unemployed. At that time I already had a part-time job but I still felt that it wasn’t enough. She said, “we’re artists, freelancing is what we live for.” A few months later, clients came in and it’s been quite a crazy ride since then. 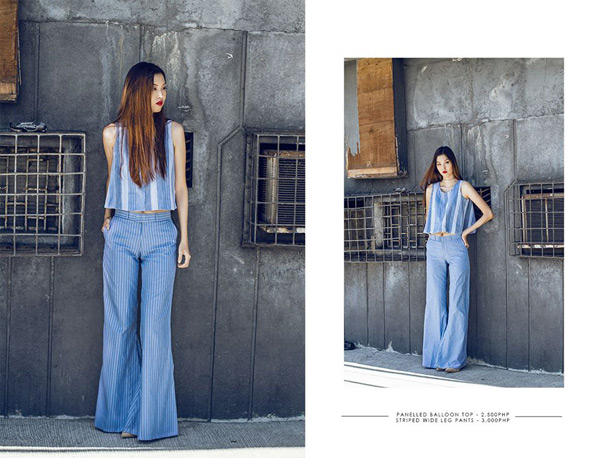 For someone so young you seem to know what you really want to be doing. What sparked your interest in designing?

I’ve been a big fan of Style Bubble’s Susie Lau since I discovered the whole world of fashion blogging back in junior year of high school. I found a lot of shops and designers from London through her blog and I was amazed by the community they have. I took that as my cue and started blogging, not necessarily my outfits but mostly about the international designers I came across while surfing the web and the local scene. Back then, a few people were blogging and no one from my batch was really vocal about fashion and the brands that they love. That’s why I turned to the internet.

I loved magazines as a young girl. At one point I thought I was going to be a writer. I fell in love with photography when I was a high school sophomore, which led me to taking classes. When the time came that we had to bring in a model for studio shoot, I found myself more interested in what the model was wearing rather than capturing the image. She was wearing a dress made out of aluminium, which I made. That led me to taking design classes. After that, I was stuck, I knew I had to be in fashion. I don't know what role I had to fill in but I knew I was going to be happy in this industry. 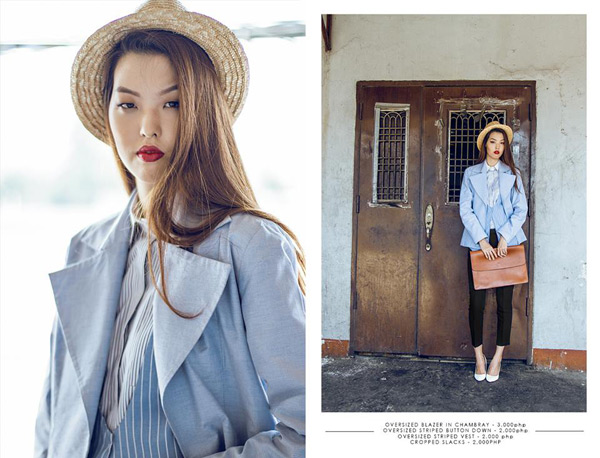 I know you have this thing for finding the most interesting photos. Where do you find them? What catches your eye?

I’m a big collector of magazines. I can even show you a photo of my collection! (Laughs) I think that developed my eye for anything picturesque. I love editorials. I used to be an aspiring photographer so I guess my love for it really developed my eye. I also love old movies like those from the ‘50s and from Woody Allen, too.

I used to be really active on Tumblr and that’s where I find all these amazing photos. Even though I’m one who actively uses color, I’m easily captured by amazing combinations in photos. I think it’s the feeling and emotion in a photo that really resonates to me.

Another thing I remember was a blog you pioneered in your school with three other friends. How important has creative collaboration with friends been in developing your design aesthetic?

The SDA Project (TSP) might be one of the best things that happened to me during college, aside, of course, from our amazing graduation show. (Laughs) It was a collaborative project with some really creative friends and I think their ideas helped widen my perspective. Running the blog was fun because we were able to meet people from the campuses, all with different views in dressing up. TSP exposed me to different aesthetics. With it, we proved that one person can create something great when sharing ideas with others who have the same goal. Cheesy to say, but four heads are definitely better than one.(Laughs) 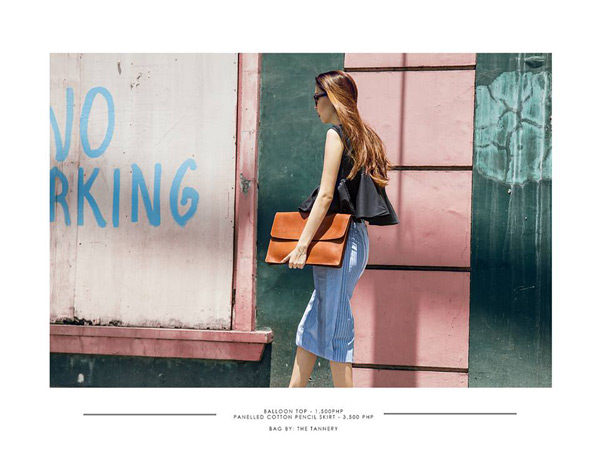 That saying, "one’s network is their net worth." Do you believe in this? How important are “connections” in achieving success in the fashion industry?

I think establishing connections is important but it doesn’t have to revolve around it. One can have all the titas and titos in the industry but if they don’t use their connections properly, it equates to nothing. Some people rely so strongly on their connections but really, in the end, it goes down to what you can offer. I didn’t come from a family associated with anyone in fashion but somehow I met people who share the same enthusiasm for fashion. People shouldn’t get too worked up with establishing connections. They should first establish what they want to do. People will then come to appreciate what you do.

Social media plays such a big role when it comes to putting yourself out there. How do you use this as a form of self-promotion and branding? Or is it maybe more of a personal statement that has less to do with your work?

I use it but not too much. Designing is a product-and-service-based profession so self-promotion and branding is important as much as the product that you are offering. It definitely plays an integral role in this modern, connected, and fast world, but one shouldn’t rely too much of their actions on it. Social media should just be a platform to showcase who you are as a person. It should serve just as a message carrier. 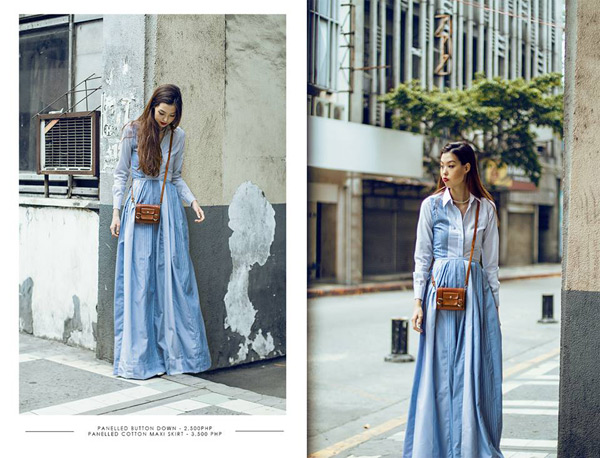 A lot of young designers tend to integrate so much of their personal life with work as seen on social media. Are you more reserved or do you lay everything out on the table? Where do you draw the line?

I don’t think I’m that reserved but I don’t really have my whole life laid out online, as well. Social media is key in putting yourself and your message out there but you should know when to stop if it’s too toxic. I think it’s as simple as that. You should know how to use the reactions you get from it properly.

What can we expect from Esme in the years to come?

I love blogging so I might come back into that. Basic Movement’s online platform is still underway. Personally I want it to be more than just an RTW brand. I love creating things and changing how people think through products. Product design is a craft that I just want to continue on learning. Expect a lot of collaborations, too, because I love talking and working with amazing, creative people! The local industry has a lot of talent and I want to meet as many passionate people as possible, both in and out of fashion.