ICYMI: Sarah Lahbati Is Normalizing Stretch Marks on Her Instagram and the Internet Is Loving It|Read more »
Fashion | By Nicole Arcano - Apr 24, 2017

Fashion Student from London Accuses Gucci of Plagiarizing His Work 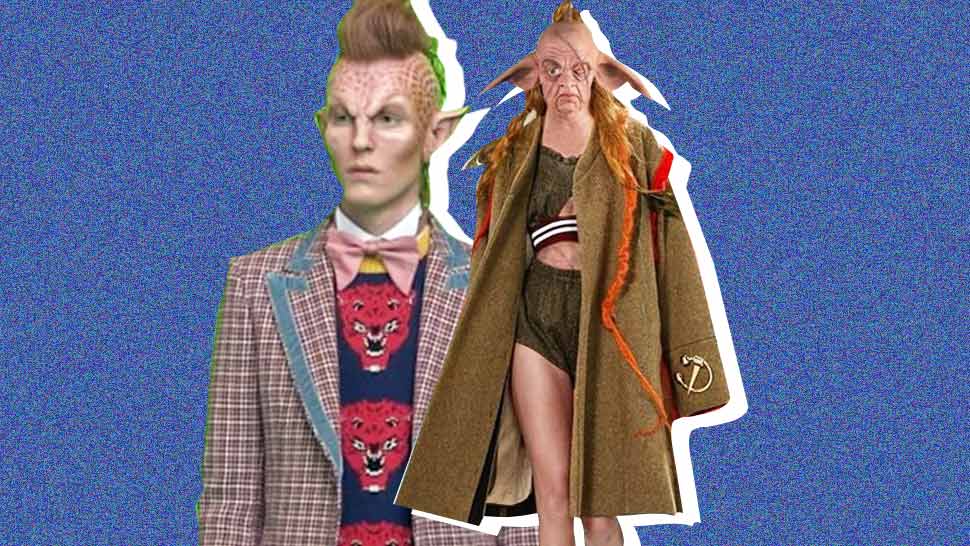 Gucci's new video series for their Fall/Winter 2017 campaign is out of this world. Literally. The green-screen videos look straight out of a Star Trek audition reel, thanks to director Glen Luchford.

Womenswear student Pierre-Louis Auvray, however, was not too impressed. He thought the concept and looks from his recent collection were too similar to the campaign's, leading him to call out Gucci for plagiarism. "Young creatives struggle enough without big companies shamelessly stealing from them," he writes.

Pierre-Louis' school, Central Saint Martins, proceeded to express support for their student's claim—"Wherever your influences come from, it is vital to credit. Young emerging designers and artists only have their ideas to trade."

After the slew of comments from Pierre's party about the issue, the brand's creative director, Alessandro Michele, has issued a statement.

"It's not true," he tells BoF. "It's something that makes me feel really sad. People build a story around nothing."

And to support this, the designer explained how it would've been impossible for him to copy the Pierre's work. "[The idea] started in my mind a few months ago, because it's big, big, big work, to organise everything," he shares. "It's about my memories, so movies from the '70s [including Star Trek: Lost in Space] that I saw many times."

"Pointed ears on an alien, just because you need the character of the alien, is something obvious," Alessandro said. He noted his obvious references to Star Wars and Star Trek that were pointed out by a couple of commenters on Instagram as well. "It's a very simple language for a kid to translate as an alien...I grew up with this kind of thing."

The designer has also expressed being open to speaking with Pierre about the issue.

Confessions of a New Gucci Fan

You Can Now Personalize Your Gucci Items