JUST IN: Jinkee Pacquiao Is One Glamorous Ninang at a Wedding Wearing Accessories Worth at Least P10 Million|Read more »
Fashion | By Pauline Juan - May 1, 2017

Confessions of a Late Bloomer 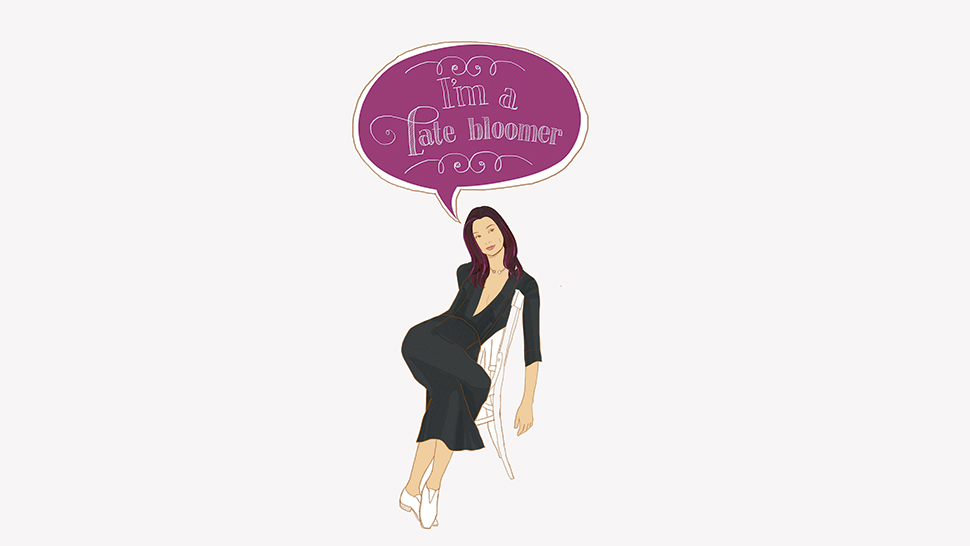 Lower those eyebrows, I admit it; the title was a cheap trick to catch your attention. Since this issue runs through the holidays and the new year, I thought that it was a good time to talk about body image, dealing with weight gain and refreshing your wardrobe. By “late bloomer” I do mean that, after a lifetime of being eat-absolutely-anything-I-want-thin, I started started dealing with curves—not exactly Kim Kardashian-esque, mind you, but now there is shape, where, once upon a time, I was as stick-straight as a line. I realize that for people who have struggled all their lives with weight issues, this story about a thin girl gaining a few pounds might seem insensitive, I feel though that body issues play largely in the mind, and I want to show how you can change the way you think to cope with changes you cannot, for whatever reason, control.

One of the most frustrating things growing up was being unable to amply fill out a bikini top and thinking that I wasn’t woman enough. Over the years, I grew to accept and love my body, realizing that a reed-thin figure was, in most instances, the ideal canvas to play with fashion. Thankfully, I grew up during the era of Kate Moss, when waif-like frames were all the rage; it was indeed brilliant for my self-esteem. It’s a rather cruel twist of fate to find that just when all the baby-making business in your 30s is done, when you finally get the hang of dressing your body, life throws you a curve ball by changing its shape.

I’m not whining about nothing, I promise! This is not one of those instances, like immediately after giving birth to my first child, where I was the only one who didn’t seem to appreciate that I could fit into size 27 Seven For All Mankind jeans. My friends say I’m lucky to be naturally svelte, and I try to be gracious when people say that to my face, but I cringe deep inside knowing that I fill out my clothes in a different way: There is now cleavage where there used to be none, fabric clings to my torso, tracing its outlines, whereas it used to just fall away from my body. This is really disconcerting because I’ve saved a lot of clothes from seasons past, so they sit in my wardrobe, waiting in the wings for the day that they’ll get a second (or third) lease on life when the trend comes back. I recently tried on this floaty, romantic Philosophy di Alberta Ferretti dress from eons ago. Made from silk chiffon, it was edged in delicate lace. My one consolation is that it still fits—but the way it fits... oh my. Boobs, buttocks, hips and that bit of a tummy (I made a mental note to keep it sucked in) transformed the look from romantic and ethereal into something verging on vulgar.

I did try to bring my body back to the way it was, as regular readers of this column already know. For someone who’s never had to lift a finger to maintain my body type, the realization that I now have to workout was an exercise in managing expectations. I chose to undertake a work out program cheesily called The Bikini Body Guide (BBG), which was conceived by an Australian fitness trainer named Kayla Itsines with an almost four-million-strong following on Instagram and a killer body to boot: long and sinewy as opposed to thick and muscle-y. I set out to complete the 12-week program, admittedly with less discipline and ardor than the BBG fans on her feed, and realized that even if I achieved this bikini body, it would not be the physique of my yesteryears, so I might as well rethink the way I dress.

One of the things I learned from Kayla is that you should evaluate the way you look based on what you see in the mirror rather than how much you weigh on the scale. Applied to fashion, it means you have to dress the body you have now and not be stuck wearing the clothes and/or styles you once did. This year, there will be a purging of sorts happening in my wardrobe. I will try on everything and divide what I have in three piles: my past, present and future self, keeping only those for the present and future.

Pauline Juan Steps Down as Editor in Chief of Preview Magazine