Check out our bite-sized updates. 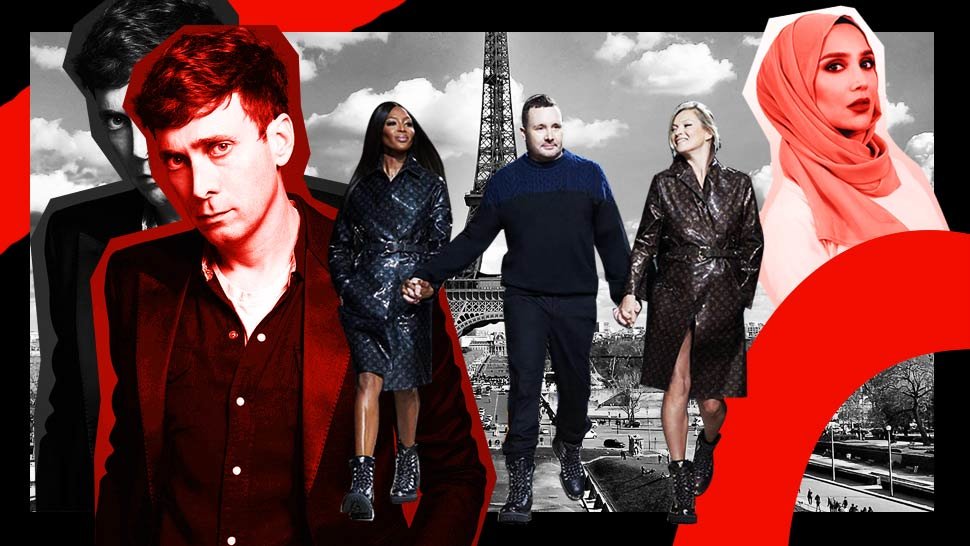 Here's your weekly dose of fashion industry news: Louis Vuitton loses its head menswear designer, Hedi Slimane replaces Phoebe Philo in heading Céline and Alexander Wang will be a no-show at New York Fashion Week. Meanwhile, you also ought to be aware of the brands who are going green by 2020 and the Muslim beauty blogger who's breaking hair campaign stereotypes. Read on!

LV Chairman and CEO Michael Burke has not yet named Kim's successor, but instead shared nice words about the designer. In a statement he said, "It has been a huge privilege to work with Kim. His ability to set trends is impeccable and his talent and determination have ensured that Louis Vuitton is firmly placed as the leading brand in luxury menswear today. All of us who have been fortunate to work with Kim wish him continued success in his next venture."

2. Hedi Slimane joins Céline and will launch a menswear line for the brand

The fashion world was jolted upon the news that former Saint Laurent head designer Hedi Slimane will replace Céline's Phoebe Philo. Hedi is known for popularizing the skinny silhouette for menswear during his stay with Dior Homme and for rebranding Yves Saint Laurent to Saint Laurent through his ready-to-wear lines. Now, Hedi is poised to make his mark with Céline after taking on the title of artistic, creative and image director of the brand. Business of Fashion reports that the French designer will "expand the LVMH-owned label's offering into menswear, couture and fragrance."

Hedi's first collection will be unveiled in September at Paris Fashion Week.

3. Alexander Wang will not show at the New York Fashion Week

Seems like we won't be having a "Wangover" at New York Fashion Week this February. You won't see the brand at Paris Fashion Week, either. Instead, you can catch the Wang gang in "New York in June and December to align more closely with the pre-collection schedule," Vogue.com reports. This means that the brand has dropped the outdated Resort and Pre-collections. They are merging it into the main collections and will be divided into monthly deliveries spread out in the months of October, March, April and September, according to The New York Times.

Numerous brands including ASOS, Zara, luxury conglomerate Kering, H&M and Target pledge to go green in two years. According to Women's Wear Daily, 64 brands have promised to produce "sustainable design, garment collection, repurposing and the use of recycled textiles by 2020."

This movement is part of the Global Fashion Alliance's initiative for sustainable fashion through circular production. In their pledge, the brands submitted individual targets and will be required to report their progress every year to the GFA. Their results will also be published.

Most of the brands committed to collecting used garments, training their design teams to circular design and eradicating the use of nonrecyclable materials. These concrete actions are in line with the GFA's goal to "mobilize the international fashion industry to transform the way we produce and consume fashion. This is done by engaging the broader fashion community on the most pressing issues and solutions and by creating joint commitments to achieve significant progress."

You may also recall that Kering-owned label Gucci joined Michael Kors last year in an announcement that their respective houses will be going fur-free.

MAC Cosmetics Is Giving Maine Mendoza Her Own Lipstick Shade

Here's How You Can Easily Cop Rihanna's Wardrobe This Season