LOOK: Here's How (and Why) Bela Padilla Decided to Uproot Her Life in Manila and Move to London|Read more »
Fashion | By Anna Canlas - Feb 23, 2015

If your titties tingle at the sight of a double-breasted suit, then "Kingsman: The Secret Service" is for you. 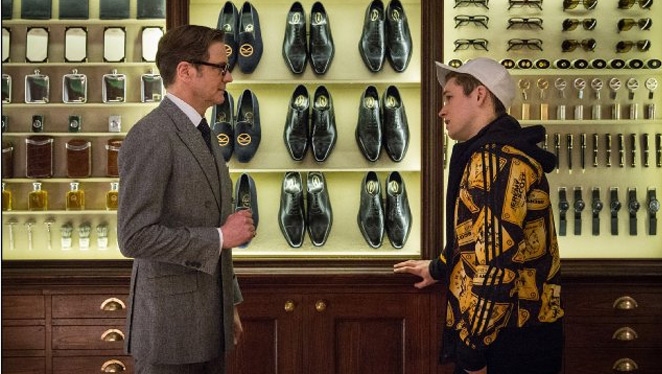 If your titties tingle at the sight of a double-breasted suit, then "Kingsman: The Secret Service" is for you.
Shares
Share
Tweet

If your titties tingle at the sight of a double-breasted suit, then Kingsman: The Secret Service is for you.

The film centers around Eggsy (Taron Egerton), a Marky Mark/Ansel Elgort hybrid who gets recruited for the British spy organization, Kingsman. Colin Firth is his Oxfords-shod recruiter, whose front is a Savile Row suit shop, while Samuel L. Jackson is their snapback-wearing nemesis.

From the first Levi's back pocket to the last twirling brolly, every frame is a master class in gentleman style. It had me wanting to pop down to the Scribe shop in Shangri-La (where I watched) so I could pick up a fountain pen, the better to sign my credit card slips with. In fact, the movie is so stylish that online menswear retailer and brother to Net-A-Porter, MR. PORTER, created a special Kingsman line inspired by and used in the film. 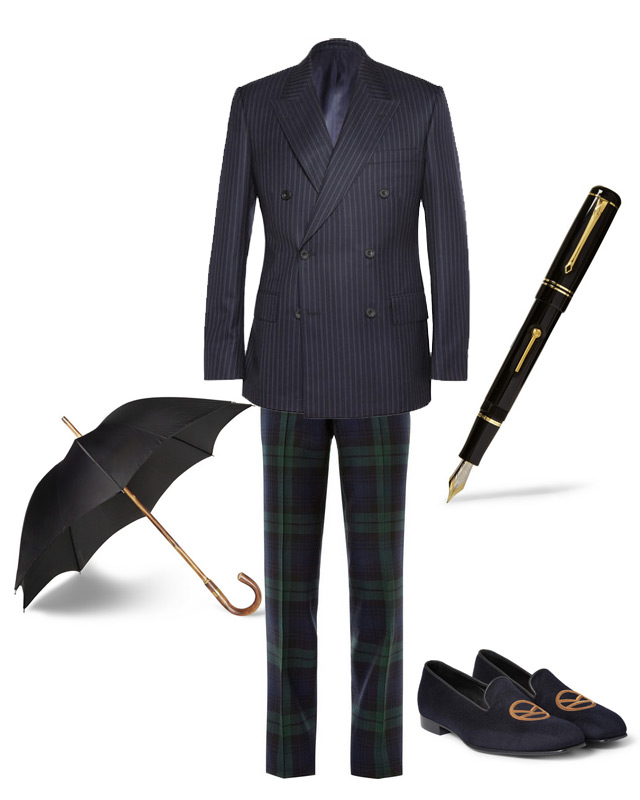 Expect to see this umbrella-and-suit combo on a lot of conyo boys this Halloween.

Their buying director, Toby Bateman, said the movie's director, Matthew Vaughn, came to them with the script. "We jumped at the chance to work with him and costume designer Ms. Arianne Phillips on a first-of-its-kind 'costume to collection,'" he wrote on the MR. PORTER blog. "Our aim was to ensure the clothes in the film not only served their part for the characters of the story, but also created a unique collection that really stood out from the norm."

The result is a reinvention of the quintessential Savile Row double-breasted suit: higher armhole, slimmer sleeve, slightly shortened jacket, but a broad lapel and slim, straight trousers, like the original.

See it if: You're a posh girl who lov's a bit' o' ruff, as the irresistible Eggsy would say.

After the movies, I flew over to CCP to catch the last showing of the Sandbox Collective's The Boy in the Bathroom, a musical directed by Toff de Venecia. Wonderfully sung and sincerely acted, the story revolves around a 25-year-old with OCD, who has spent more than a year in his safe place, the john. Bathroom hogs can totally relate.

The Boy in the Bathroom may return to CCP this July. In the meantime, see more off-beat plays from The Sandbox Collective, including the creeper, The Pillowman, this Tuesday, 8PM at the CCP Huseng Batute, directed by @edlacsonjr. For tickets, call 0917-8908633 or TICKETWORLD at 891-9999  or visit www.facebook.com/TheSandboxCollective.