The gossip guy on his new stint as Penshoppe endorser, what he's taking home from the Philippines and the one thing Chuck Bass will never have on him. 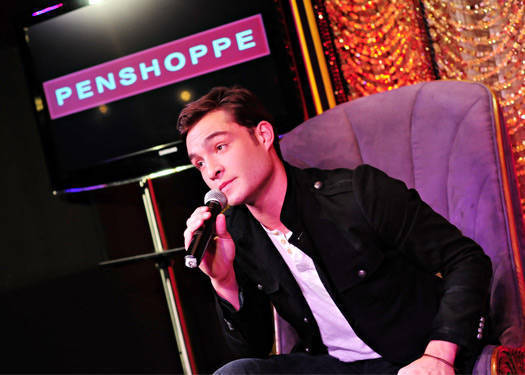 The gossip guy on his new stint as Penshoppe endorser, what he's taking home from the Philippines and the one thing Chuck Bass will never have on him.
Shares
Share
Tweet
Comments 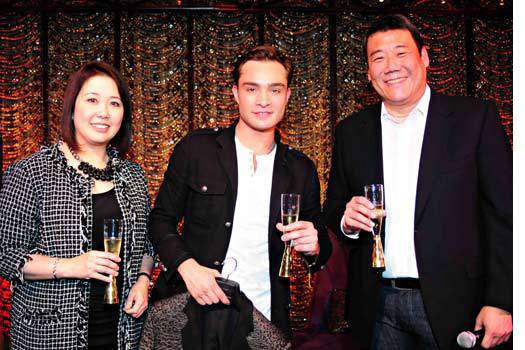 In Manila for a whirlwind three days to promote his new title as Penshoppe endorser, English actor Ed Westwick (aka Chuck Bass) affirmed to all Filipina Gossip Girl fans out there just why he’s one of the most-loved brooding bad boys out there.

More relaxed and far more approachable than his small screen counterpart, Ed confessed that there were only two things that he and Chuck have in common– that they’re both, well, men, and more importantly, that they both have an appreciation for great style. He also noted that while his character may have his own All-American appeal, one thing that Chuck will never have on him is his English charm (and may we add, his irresistible British accent).

Wearing a military inspired navy jacket from Penshoppe, which he says was one of his favorites from the line, Ed faced the Philippine media (many of which were ladies who giggled and gushed their way through the interview), revealing what his experience has been like, visiting our country for the first time.

First attracted to the brand by the aesthetic and quality of clothing that Penshoppe offered, he was further intrigued by the fact that it came from our little country which he had not known much about. Whisked immediately to a shoot for the campaign images after arriving, and participating in media interviews the next day, he shared that although the time constrain didn’t allow him to roam the streets as he pleased, says he’ll definitely make more time the beautiful beaches he’s heard about on his next trip back.

After a slew of requests to switch into his on-screen persona right before our eyes (which included performing the line—“I’m Chuck Bass, I don’t need a passport”), a question on what souvenir he’s taking home with him (a Kenneth Cobonpue chair), and juice on how he really feels about Chuck (playing Bass he says has taught him how to treat women—or how not to treat them, shall we say),  Penshoppe’s Bernie Liu and wife Alice joined Ed on stage to thank him for gracing our shores. They then brought out a one-of-a-kind Penshoppe textured grey blazer with contrast lapels which they hope will “be worthy of the Upper East Side.”

As for what’s next for Chuck on Gossip Girl? Ed swore he didn’t know yet but did leave us with an interesting tidbit: they’re filming the first episode in L.A.

Stay tuned for the official Ed Westwick for Penshoppe campaign images but here's a sneak peek in the meantime! 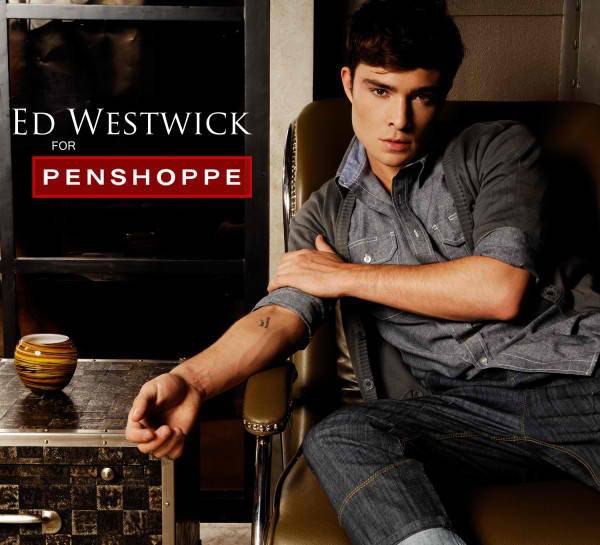