Dominique Cojuangco's Week as a Dresser at London Fashion Week

Go backstage at LFW with our celebrity guest editor of the month! 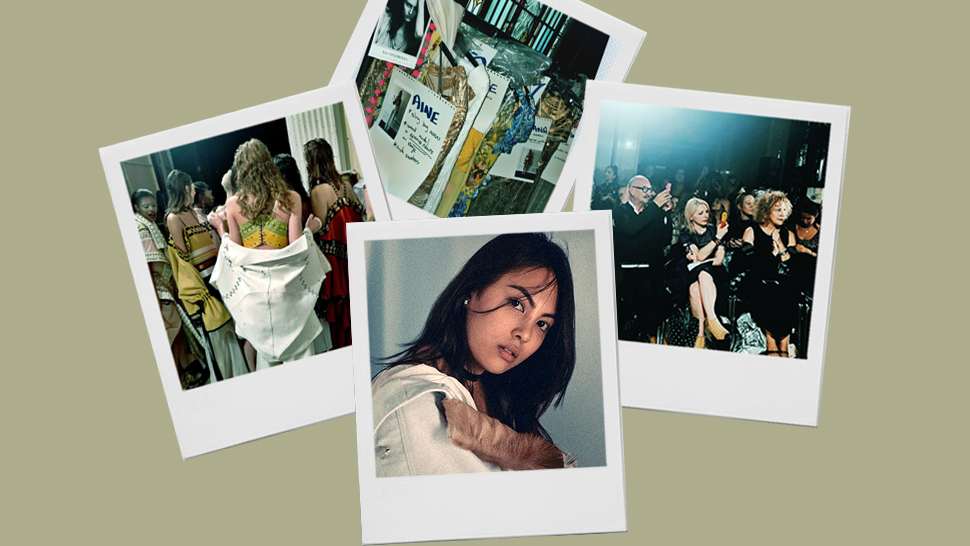 I wanted to start from the bottom and that’s exactly what I did.

I worked for Fashion Scout, a company that focuses on up and coming designers in the industry, and I started the week as a dresser. I sent my CV in, hoping to get a job this season at London Fashion Week. And with an email confirming that I did, I flew back early to London with an open mind.

The job entailed knowing exactly where each room was at the Freemason’s Hall to be able to direct people if they were lost, making sure all the outfits are lined in the respective order that they would come out, steaming clothes, dressing the models, and putting the outfits back into the garment bags. This is all done standing for eight hours of the day in humid rooms, but I can confirm that it was one of my best fashion experiences thus far.

This season’s guest list includes Alex Pettyfer, Cory Wade from America’s Next Top Model Cycle 20, Tony Glenville who is the creative director of London College of Fashion, and upcoming R&B artist Hatty Keane, to name a few. I helped dress models for the likes of Ashley Isham, Han Wen, Morecco, Studio HJ, and Malan Breton, which is just a fraction of those that showed during the event.

Running around helping backstage taught me a lot about what happens during fashion week–including what I would find useful to keep things organized for shows I may have in the future. However, what I found most exciting about dressing was being able to look at the clothes in detail–being able to flip it over and see how the garments were constructed and stitched. It also gave me a quick preview of which trends the new designers were drawn to. This was not limited to just the clothing, but in the styling, hair, and make-up as well.

Towards the end of the working week, I was discovered, or rather “scouted”, by the creative director of Fashion Scout @fashionscout and Graduate Fashion Week–Martyn Roberts (@mrfashionscout). Having found a photo I had posted behind-the-scenes of the Han Wen show, he found it would be fitting for me to work for their digital team. And so I worked under Lily Gee (@lilybethgee), who gave me the job of taking over their Instagram story on the last day. I am thoroughly grateful for the unexpected experience as it gave me an alternative perspective from one I had at the beginning of the week. I was able to get involved with another aspect of the backstage world that is almost unacknowledged but gives the public accessibility, which is managing social media accounts. I was assigned alongside Paris Richardson (@jemappelleparis) and Alex Mac (@alexmacearchern), who had been taking over Fashion Scout’s Snapchat, Instagram, and Periscope accounts all week! I was unquestionably lucky to have been able to work with such kind, down-to-earth people, who welcomed me into their team with open arms.

It was amazing being able to loop from backstage to the front of the house, giving people insight as to what goes on while being able to experience it for myself as well.

Dominique Cojuangco is a certified #ImAPreviewGirl who has already graced the cover of Preview twice for September 2014 and June 2015. This month, as our Celebrity Guest Editor for October, she gives us a peek at her stylish life as a fashion student in London.

How To Get Into The Varsity Trend