JUST IN: Jinkee Pacquiao Is One Glamorous Ninang at a Wedding Wearing Accessories Worth at Least P10 Million|Read more »
Fashion | By Yanna Lopez - Nov 22, 2018

All the Details of the Dolce & Gabbana China Controversy 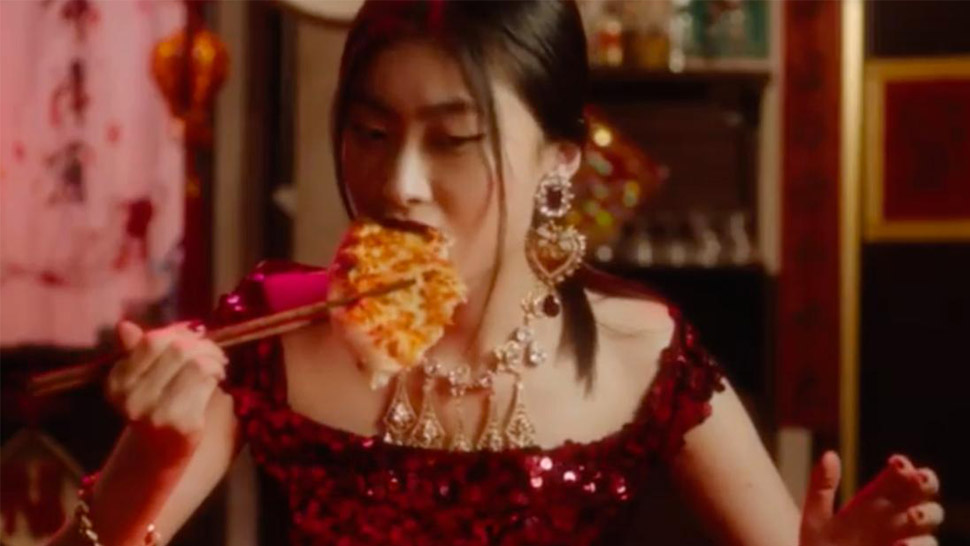 IMAGE INSTAGRAM/dolcegabbana
Trouble's afoot for the Italian label yet again.

As you may have already heard, Italian luxury brand Dolce & Gabbana has been forced by the Chinese government to cancel their large-scale fashion event The Great Show slated to be held in Shanghai, China tonight. The scene isn't looking pretty, and in case you were wondering how everything came crashing down in just a matter of mere hours, we're here to shed a sliver of light on the situation. Check out our brief-yet-comprehensive crisis dissection, below!

It all started on November 17, the day D&G uploaded a series of short videos on its Instagram accounts as a prelude to The Great Show. Meant to be instructional, the trio of clips launched under the label's elaborate #DGLOVESCHINA campaign featured a model struggling to eat Italian food with chopsticks.

All three videos are narrated and captioned in Mandarin.

Jing Daily was quick to comment on the "bad-taste campaign," compiling outraged reactions from Chinese netizens:

One user named happyklause wrote “Well, why do you think you have the right to teach Chinese how to use chopsticks in the rudest and inappropriate way? Really chopsticks? You really wanna play that word?”

On Weibo, a user called manchengkuangzao summarized key points why this campaign ad was viewed as racist and discriminatory by a Chinese audience. First of all, the look of this Asian model—tiny eyes and childish smile—is a typical Oriental type that is understood in the Western culture."

Following the rapid influx of negative reactions, D&G took the clips down from Weibo, but they remain on Instagram 'til now.

If, like us, you're a fan of K-dramas, you'll chime in on just how important subtitles are—a fact not lost on this controversy, as well. Two days later, on November 19, Diet Prada released an English-subbed version of the second viral video, effectively magnifying the issue further across the world.

"Pandering at it's finest, but taken up a notch by painting their target demographic as a tired and false stereotype of a people lacking refinement/culture to understand how to eat foreign foods and an over-the-top embellishment of cliché ambient music, comical pronunciations of foreign names/words, and Chinese subtitles (English added by us), which begs the question—who is this video actually for?  It attempts to target China, but instead mocks them with a parodied vision of what modern China is not...a gag for amusement."

Still, despite the near-global outcry, it wasn't until an appalled Michaela Tranova tagged Stefano Gabbana himself in an Instagram story about the issue that the axe really fell. Her mention prompted an abrasive reply from the designer, followed by Michaela's own jab, after which Stefano attempted to defend the campaign. He didn't mince his ill-chosen words, either: "if the Chinese feel offended by a girl who spells pizza or pasta with chopsticks means that those Chinese feel inferior." Michaela posted the entire conversation on her feed. Swipe and read it for yourself:

It was even whispered that Angelica Cheung, Vogue China's Editor-in-Chief, immediately flew back to Beijing. Weighing in, she said: "As I have voiced time and again publicly and privately, western brands seeking to enter and expand in China should be aware of Chinese cultural sensibilities. Instead of dictating everything from head office, they would gain a lot from listening to the opinions and insights of their Chinese teams."

Stefano then took to Instagram to declare that his account had been hacked, plastering the bright red words "Not Me" over the screencaps of his alleged exchange with Michaela.

"My Instagram account has been hacked. My legal office is working on this," he captioned. "I love China and the Chinese culture. I’m so sorry for what happened."

Just two hours later, the Cultural Affairs Bureau of Shanghai cancelled The Great Show. Do the math, and that chalks up to a fleeting four short hours after Diet Prada circulated the allegedly hacked conversation...and less than five hours to the event's scheduled start.

Whew. To close, here's model Estelle Wong's piece on the issue. We're pretty sure the whole debacle is far from over, so leave your thoughts in the comments, too!

Elton John Lashes Out At Dolce And Gabbana

This Model Protested Against Dolce & Gabbana While on the Runway