LOOK: Here's How (and Why) Bela Padilla Decided to Uproot Her Life in Manila and Move to London|Read more »
Fashion | By The Editors - Jun 22, 2015 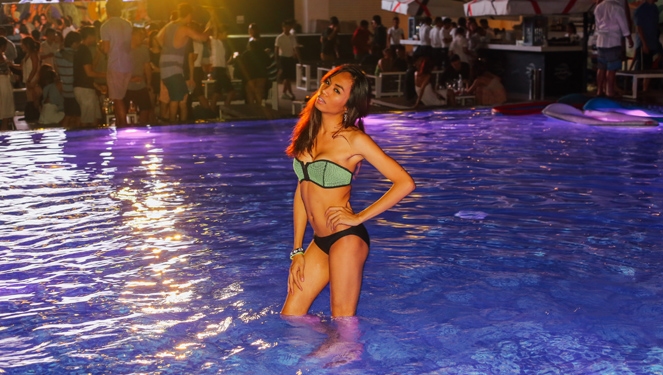 Floresca strikes a pose after being granted entry into The Palace Pool Club on Staruday night, June 20, 2015.

Designer Veejay Floresca was denied entry into Valkyrie Club and The Palace Pool Club in Bonifacio Global City, two weeks in a row.

She told Style Bible that the First time was in Valkyrie two weeks ago, and the second time was on Saturday night at the Palace Pool Club adjacent to it.

“I felt that there's a discrimination. And also, people should understand the huge difference between a transgender and a crossdresser,” said Floresca who identifies as a transgender woman. “Coz they said the policy was 'no crossdressers.'"

She however clarified that after showing her ID, they eventually allowed her to get in.

“I felt sad when one bouncer said 'lalaki pa din yan' after I showed my F ID,” referring to a California ID where the gender marker is Female.

Right after getting in on Saturday night, the club’s management phoned Floresca to apologize for the discrimination she had just experienced at the door, and asked to set up a meeting to discuss the policy.

Update, 2:18 p.m., June 22, 2015: Floresca's friend and LGBT rights advocate Divine Lee offered to help set up the meeting, slated for Monday next week. She said representatives from Valkyrie, including Tim Yap and Neil Arce, will be there to meet her and Floresca, as well as other transwomen that have been denied entry.

Stay tuned to this post as we await updates from the club’s management.

So, are dress codes legally binding? Click here to find out.