The ultimate timeless designs that won’t go out of style. 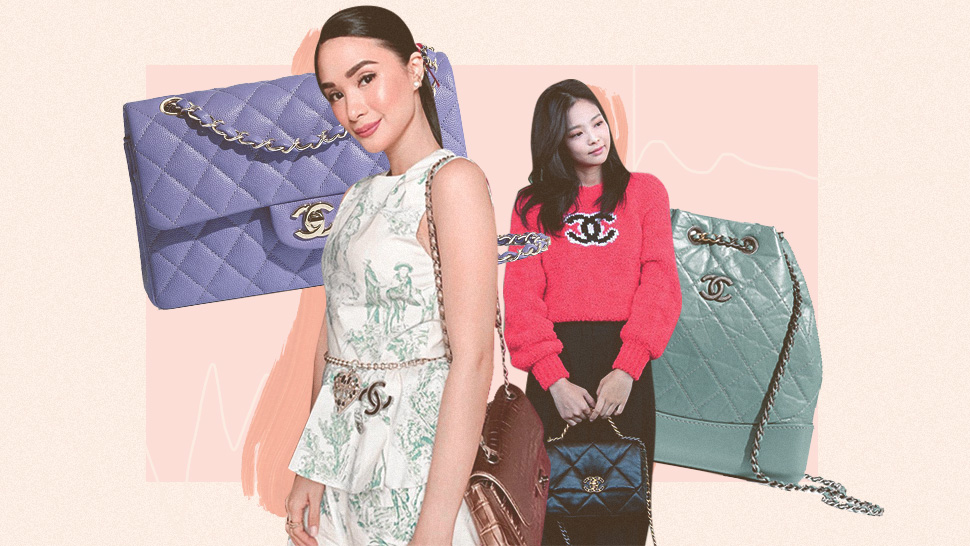 Chanel is inarguably one of the most coveted designer brands in the world. Dating back to 1909, the French fashion house is not only known for its identifiable double-C logo, but for the elegance and freedom it represents—Coco Chanel was one of the first designers to free the woman’s body from the constraints of corsets and ill-fitting dresses, after all.

But aside from Chanel’s free-spirited and relaxed take on femininity, the brand, now helmed by Virginie Viard, is equally known for its well-made handbags that have proved to be a timeless wardrobe staple for every fashionista. Given its many designs through the years though, it’s hard to settle on just one. That said, you can never go wrong with the classics—and yes, the chain bag is one of them.

Here are all the ultimate Chanel handbags to consider investing in:

Touted as the “original Chanel shoulder bag,” the 2.55 was created in 1955 (hence the name) as an update to Coco Chanel’s handbag designed in 1929. She added straps for practicality. “I got fed up with holding my purses in my hands and losing them, so I added a strap and carried them over my shoulder,” she reportedly said in Coco Chanel by Justine Picardie. It is said that the burgundy lining was inspired by the habits worn by the nuns in the convent she grew up in, and the chain straps were inspired by their belts, or the harnesses of horses. Even the famous quilted leather is said to have been inspired by her love of horseback-riding. The 2.55 now comes in a wide variety of material (from leather totweed), hardware, and sizes.

Not to be confused with the 2.55, the Flap Bag was designed by Karl Lagerfeld and debuted in 1983 as his interpretation of the original 2.55. What distinguishes the Flap from the 2.55 is the CC lock. The 2.55 features a rectangular lock known as the Mademoiselle lock. Since Karl Lagerfeld popularized the ubiquitous CC logo in the ‘80s, the Flap Bag has been interpreted each year, resulting in a wide variety of designs, colorways, and fun elements like denim and pearls! It is also called the Classic Handbag.

Approximate price: A classic calfskin Flap with gold hardware retails for $5800, but it could go as low as $3600 for a Mini Flap or as upwards of $7000 for limited edition designs.

One of the most recent yet wildly popular releases from Chanel is the Boy. The bag was inspired by Coco Chanel’s masculine and androgynous flair, which was influenced by her beau Arthur Capel whom she fondly called Boy. Although the Boy is still characterized by the rectangular, roomy shape of its predecessors, it takes on an edgier vibe as evidenced by the clean, angular lines, boxy silhouette, and rustic-effect hardware. It comes in everything from modern ruthenium-finish metal hardware on gritty black, to classic gold-tone metal paired with fresh pastel hues.

Approximate price: A calfskin Boy handbag retails for $5000 but it could go as high as $5500 for larger sizes.

Chanel has a range of tiny Flap bags and 2.55’s, but perhaps a design that’s a classic in its own right is the Wallet on Chain, which is basically a mini version of a Flap Bag but without the double flap feature. It’s also characterized by the handy flap at the back and the emblematic (and enigmatic) zipper flap on the interior of the flap closure, which is said to have been where Coco Chanel stored her secret love letter. Of course, it has that iconic leather-woven chain strap, a compromise reportedly created by Chanel when chains were scarce.

Approximate price: A Wallet on Chain (a.k.a. WOC) retails for $2500 but can go upwards of $3000 for limited edition designs.

Another recent release but warmly received piece is the Gabrielle, which made its debut only in 2017. Marked by its boho shape and long shoulder strap, the Gabrielle was the first bag to be presented in a unisex fashion, making it one for the books. In true Chanel style, the calfskin shoulder strap is built with two chain straps that makes its functionality all the more chic. It features an easy zip closure that makes storing your belongings a breeze.

Approximate price: A classic black Gabrielle costs $4300 but can go upwards of $5000 for limited edition designs.

Chanel may be a fashion house that has stood the test of time, but it isn’t one to avoid experimenting with modern styles with a playful touch. The Gabrielle Small Backpack is a prime example. Taking the slouchy appeal of the Gabrielle, this backpack version is in the form of a drawstring style looped with the brand’s leather-woven chain and brandished with a CC logo front and center. Its hands-free fun has garnered a following of celebrities around the world.

Approximate price: The Gabrielle Small Backpack retails for $3600 but can cost as high as $4700 for trendier designs.