Did You Notice How Much the Fashion Has Changed in the New Charlie's Angels?

They went from sexy bodysuits to relatable street style, and there's a reason for it. 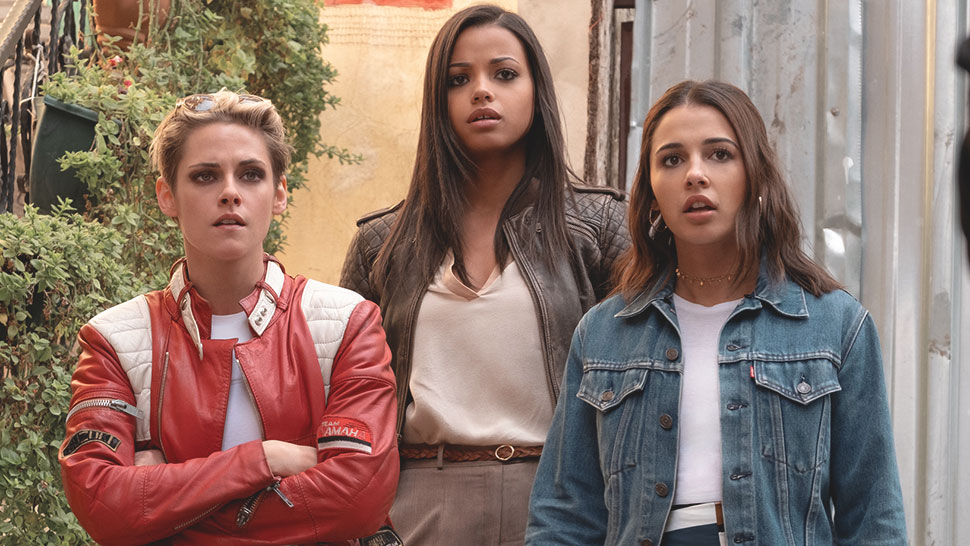 IMAGE Sony
They went from sexy bodysuits to relatable street style, and there's a reason for it.
Shares
Share
Tweet
Comments

16 years after the iconic Cameron Diaz, Drew Barrymore, and Lucy Liu team-up, Charlie's Angels is back for a modern kickass remake with a new group of spies in tow. Taking charge is director and new Bosley, Elizabeth Banks, alongside her main stars, Kristen Stewart, Naomi Scott, and Ella Balinska. But as Charlie's operations throttle into the next decade after its predecessor, so does the film's choice in wardrobe.

Kym then turns to this generation's constantly evolving street style trend for the angels' wardrobe. “I think it’s important that the costumes have a kind of levity; they’re not too serious but not too jokey. We definitely walked a balance to try and keep the spirit of other Charlie’s Angels girls alive,” she elaborates.

As for getting the individual characters' looks just right, instead of parroting and reinvigorating the fashion of the past two films, the creative team took a deep dive into their individual traits and story arcs. “They used to just mostly only be in high heels and a lot of lashes, and we've gone beyond that,” says Makeup Department Head Melanie Hughes-Weaver. “It’s about seeing women, broadening who they are and what they look like, that there can also be strength in their appearance. I think that that's really important when you design an action movie for women like this. It's changed a lot. There's times when there's going to be some really great beauty and some kick-ass fighting looks that are strong and smart and beautiful.”

Where K Stew's brazen and seductive Sabina tends to show more skin, Ella's straightlaced yet feisty Jane Kano favors button-up shirts and structured suits. Meanwhile, Naomi Scott, as the curious new girl Elena, rides her character's development from nerdy to spunky, along with her wardrobe. “At times she is soft and business-like and later she is tough and fighting and her makeup is broken down,"Melanie says.

No matter how different the film's fashion direction is, devoted Charlie's Angels fans can still expect a respectful throwback to the original movies via the Angels' massive secret wardrobe where you can expect a few familiar easter eggs. “I wanted to find a way to put some of those iconic costumes from the prior movies into the film,” Elizabeth tells Entertainement Weekly. “As a woman and a feminist, I stand on the shoulders of the women that came before me, and I feel like these Angels stand on the shoulders of the Angels that came before them.”

Can't get enough? Get a glimpse of the movie's fashion, below!

10 Minimalist Rings That Are Perfect For Stacking