Catching Up With The #icebucketchallenge Trend

Now that the #makeuptransformations have fizzled, another social media trend is making its rounds with celebrities passing it on like chain mail. 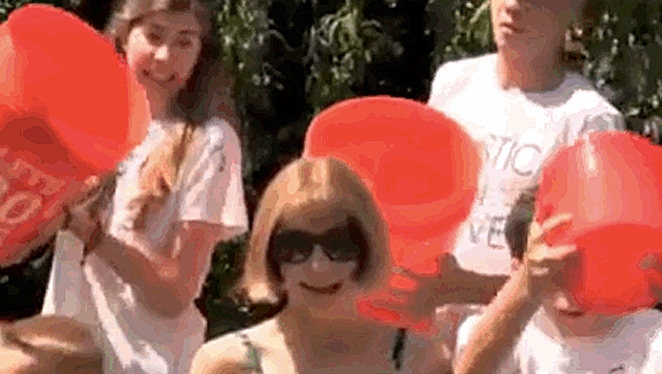 Now that the #makeuptransformations have fizzled, another social media trend is making its rounds with celebrities passing it on like chain mail.
Shares
Share
Tweet
Comments

Amyotrophic Lateral Sclerosis (ALS), also referred to as motor neurone disease or Lou Gehrig’s Disease and the most common of the five motor neuron diseases, is a neurodegenerative condition characterized by muscle spasticity, fast-progressing weakness, and difficulty in speaking, breathing, and swallowing.

Now, you’re probably wondering why we’re talking about a medical condition on a site like Style Bible. Well, if you have Anna Wintour joining the bandwagon then why shouldn’t we? Besides, we’ve always had a soft spot for charity work.

While the ice bucket challenge may be attributed to other origins, it was golfer Chris Kennedy and cousin Jeanette Senerchi (whose husband has had ALS for 11 years) who got the ball rolling to support the ALS Association. Soon, it spread getting politicians, celebrities, and even the fashion industry’s most prominent to dump a bucket of ice over their heads to spread awareness. Just take a look at this web below… 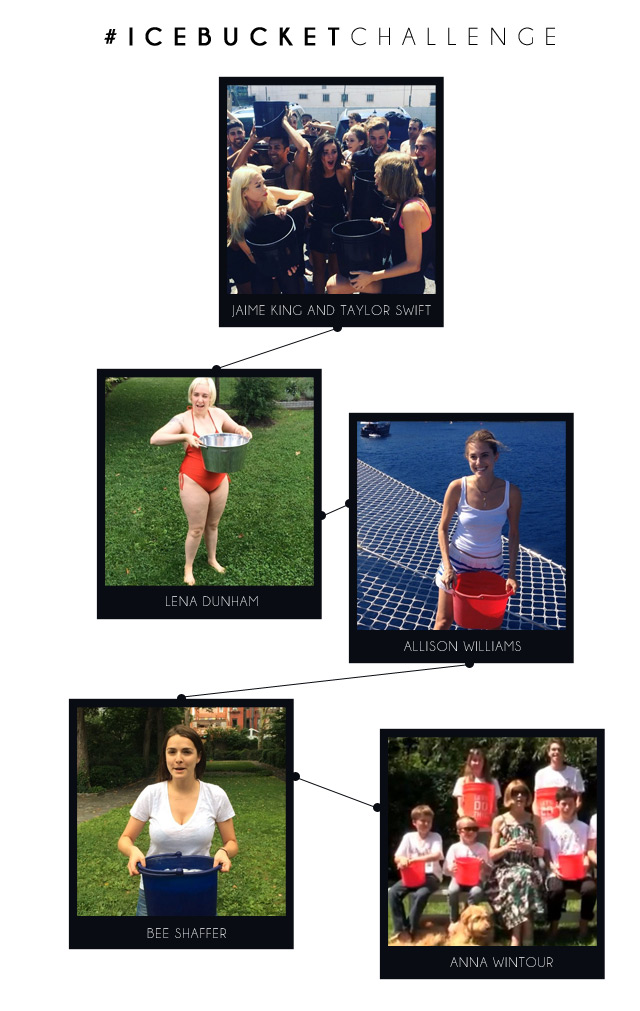 Though the dare allows one to choose between donating to the ALS Association to #StrikeOutALS or dumping a bucket of ice over one’s head, many have decided to take on both in the name of supporting a good cause. As this craze continues, we round up some fashion personalities who took on the dare. Check them out.

Behati Prinsloo graciously accepts Lily’s challenge as she lets out a scream before passing it on.

Mario Testino takes it on and passes it to David Beckham, Kate Moss, and Donatella Versace.

Lady Gaga sports a Versace bodysuit as she dumps ice all over her body, nominating Adele, Michael Rapino, Vincent Herbert, and Arthur Fogel.

Sarah Jessica Parker teaches us how to accessorize a towel as she gets soaked in the freezing cold water.

A bikini clad Gwyneth Paltrow shows there is no bad blood between her and  ex-husband Chris Martin as she nominates him along with Cameron Diaz and designer Stella McCarteny for the #IceBucketChallenge.

Anna Wintour Gets Drenched In A Bucket Of Ice

Celebrities Who Love Their Converse Sneakers