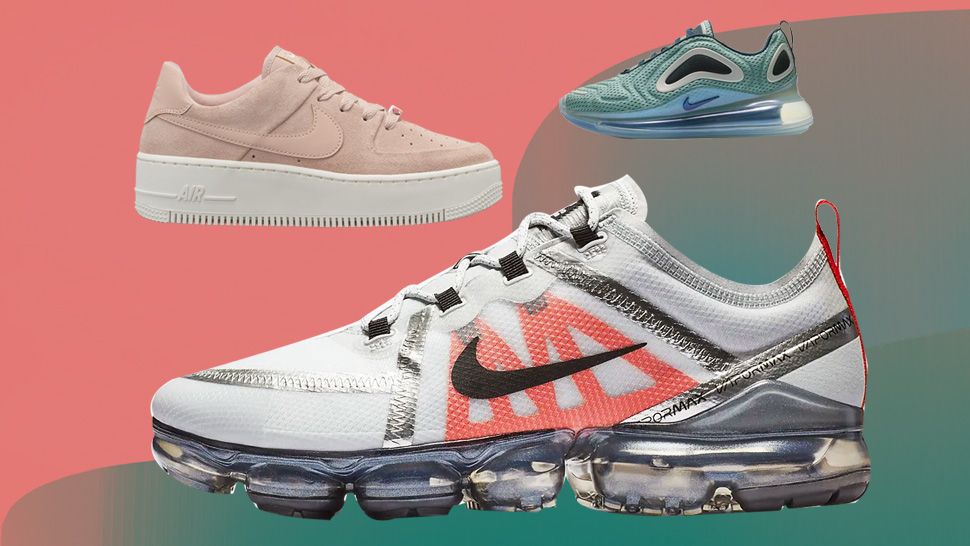 Nike is one of the biggest sportswear brands that can seamlessly blend function with style. It was founded in 1964 as Blue Ribbon Sports by track-and-field coach Bill Bowerman and his student, Phil Knight. The business, which initially operated as a distributor of Onitsuka Tiger, was later renamed to Nike in 1971, thanks to its first employee Jeff Johnson, who suggested they name the company after the Greek goddess of victory.

The company's very first pair was called the Nike Waffle Trainers after Bill had breakfast waffles with his wife. Business Insider reports that this "sparked an idea for a grooved pattern on the sole of trainers to help athletes grip running tracks." By the late '80s, Nike became popular thanks to its unique swoosh branding—created by Carolyn Davidson, for just $35—coupled with a series of powerful collaborations with athletes like Michael Jordan, Roger Federer, and Tiger Woods.

Fast forward to day, Nike has steadily worked its way to being a powerhouse sneaker brand offering the right pair of sneakers for just about everyone. Below, get to know the 11 most bought Nike sneakers across the country in 2018:

This shoe is the sequel to the Epic React Flyknit runner shoe Nike released before. This time, the pair gets a reworked silhouette that improves the shoe both in the performance and style departments. The change primarily stems in the shoe support and flexibility, adding more cushion to the impact of your stride, lightness in every running sesh, and a sturdier built. It's the shoe that can do it all—hence earning a spot on this list!

Nike’s Zoom Pegasus 35 is the running shoe made with all runners in mind. Whether you're a marathoner or just a casual jogger, this shoe offers breathability, support, and movement, with a cushioning system that delivers the smoothest strides.

Nike's Zoom Fly Flyknit sits in between a performance and lifestyle shoe. Like all of Nike's running shoe lines, this pair gets a revamp with performance in mind—it offers increased durability, is lightweight, and provides utmost support and movement. Best of all, it comes in stylish, street-ready colorways.

The Air Max Dia is a new crowd fave especially for its unique take on a sleek yet bulky structure and translucent upper with colorful accents. It also features a thick midsole that will stylishly give the ladies an instant height boost.

The Blazer sneakers were first introduced in 1972 as a performance basketball shoe, named after NBA team Portland Trail Blazers. Soon after, it was adopted to be a skate sneaker that features a minimalist silhouette that can easily be revamped. Case in point is the pair's newest iteration: Take a look at the new Blazers emblazoned with oversized swooshes. So cool!

Nike released a new pair that comes from its Vapor Max shoe line. But this is no ordinary pair—it's become Nike's testament of being not afraid to innovate and think outside the box. Presenting the Air Vapor Max 2019, one of Nike's most advanced shoes. It was created with a flexible Flyknit upper called Nexkin, which is placed directly on top of a reinvented Air cushioning system that allows the unit to act as a standalone outsole.

Like the Air VaporMax, the Air Max 720 is one of the lightest shoes you'll ever wear. It boasts a sleek, elevated design giving you a contemporary aesthetic as well as ultimate comfort. This pair features Nike's unique waffle-inspired rubber pattern on the outsole that gives its wearer complete traction and stability.

This pair features the first-ever Air Max unit designed specifically for a Nike lifestyle sneaker. It is actually inspired by two retro Air Max models from the early 1990s: the Air Max 180 (1991) and the Air Max 93 (1993). The 270 model has a giant size that wraps 270 degrees (hence its moniker) around the entire heel of the shoe and is also the tallest Air Max unit ever, with its height measuring 32mm.

This popular streetwear shoe was born in 1982 and was the first basketball sneaker to feature the Nike Air technology. Also known as the AF-1, this court style shoe features embossed leather uppers and laces with metal aglets engraved with AF-1 ‘82, a nod to its heritage.

The Air Force 1 Sage Low features the traditional design elements of its predecessor, the AF-1s, but gets a feminine touch. The Sage Low is crafted with rolled edges, clean lines, and added elevation for a bold, new look.

These Are Louis Vuitton's Best-Selling Products in the Philippines

These Are Longchamp's Best-Selling Bags in the Philippines

These Are Tiffany & Co.'s Best-Selling Jewelry in the Philippines