SHOP: The Preview Beauty Bag Is Officially Here and It's the Ultimate Steal|Read more »
Fashion | By Paolo Chua for Townandcountry.ph - Oct 18, 2018

The 7 Most Fabulous Fashion Cars 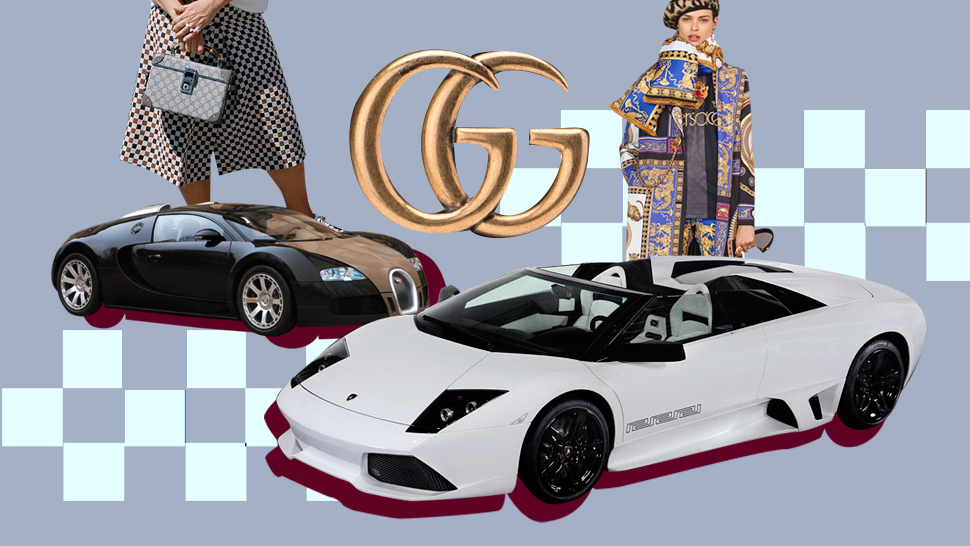 From art and furniture to home appliances, it's clear there's an abundance of collaborations in the world of fashion. Once in a while, these can even involve carmakers. Here, we've compiled the best fashion and car collaborations to date.

Paul Smith's collaboration with Mini Cooper was limited to 1800 units worldwide, with 300 for the U.K. market. The car, made in blue as well as black and white for the Japanese market, features a black leather trim, Paul Smith-scripted instrument graphics, and citrus green glovebox interior, petrol tank, and solid boot liner. In addition to this model, the British fashion designer also designed a one-off Mini with his brand's signature stripes.

Italian house Versace's take on the Murcielago was unveiled at the 2006 Paris Motor Show. The car's interior was done in two-toned Versace nappa leather, and came with matching Versace luggage, shoes, and gloves. The fret motif, Versace's distinct emblem, decorated the instrument panel, doors, roof panel, center console, and seats. Made in white and black, a limited 20 units were produced with only eight available to the public.

In 2008, the Bugatti Veyron, then the world's fastest production car, was given the Hermès treatment. The whole interior was done in the maison's luxurious leather while the exterior was given a two-toned finish that fused both of the brand's aesthetics. The special edition Veyron 16.4 was limited to four units. A Grand Sport trim with the same configuration was later made.

To celebrate simultaneous momentous anniversaries, Fiat and Gucci collaborated to make a special edition hatchback in 2011. Gucci's Fiat 500 came in black with chrome details, and white with satin chrome details. Gucci's logo adorned the hubcaps, rear hatch, and B-column while the fashion house's green and red web stripe ran around the whole car. Only 500 models of the car were made with prices starting at 17,000.

Unveiled at the 2011 Frankfurt Motor Show, the Maserati GranCabrio was a collaboration with Fendi's creative director of accessories and menswear Silvia Venturini Fendi. The car, described as "a masterpiece of technology and craftsmanship," featured a dark gray finish with an eye-catching iridescent gold finish and came with matching luggage pieces and accessories. The interiors were accented with wood trimming, and replete with Fendi's logo and special leather.

Back in 2013, Infiniti with online retailer Gilt worked with Thom Browne to makeover the 2014 Q50. Thom Browne's vision of the luxury sedan was done in a striking chrome finish while the interior featured his brand's signature red, white, and blue stripe on the seats. The car came complete with a special luggage set. The custom one-off car was then sold on Gilt for $75,000, with a portion of the profits benefitting St. Jude Children's Research Hospital.

After the success of its Fendi collaboration, Maserati collaborated with another Italian fashion house—this time, Ermenegildo Zegna—to present a limited edition version of the Quattroporte. Made in a "Platinum Silk" finish, the luxury sedan's interior was fitted with Zegna's exclusive silk fibers. Only 100 units were made, with each priced at $185,000.

5 Resorts You Can Drive to for a Quick Weekend Getaway

This Rainbow-colored Collection Is Inspired By The Lgbtq+ Community