JUST IN: Jinkee Pacquiao Is One Glamorous Ninang at a Wedding Wearing Accessories Worth at Least P10 Million|Read more »
Fashion | By Owen Maddela - Apr 28, 2017 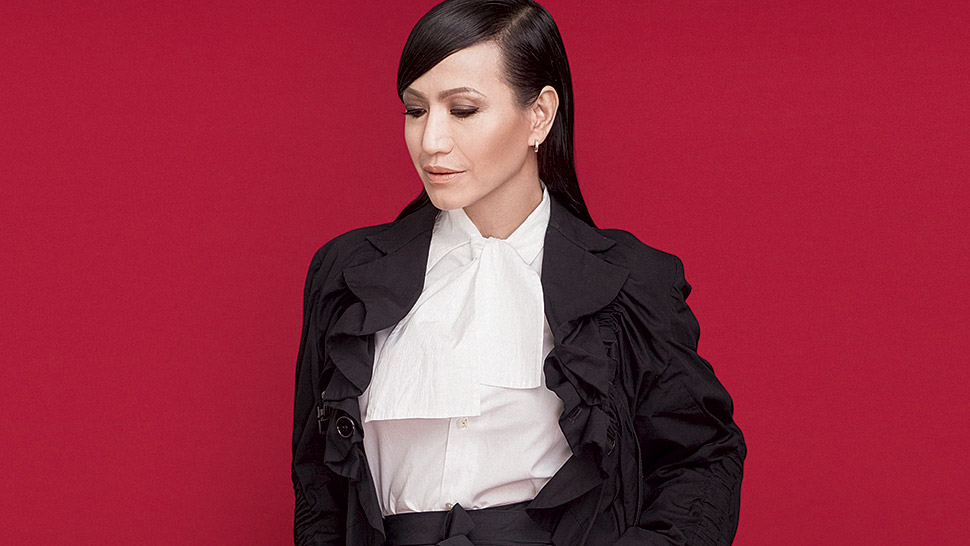 The ’80s were marked by the last days of disco, the reign of Dynasty, shoulder pads, and hairspray. During the same period, stylist and personal shopper Monika Abad—self-proclaimed partaker of that decade’s indulgences—uprooted herself from Manila and moved to Japan to pursue a blossoming romance and an overall change of scenery. 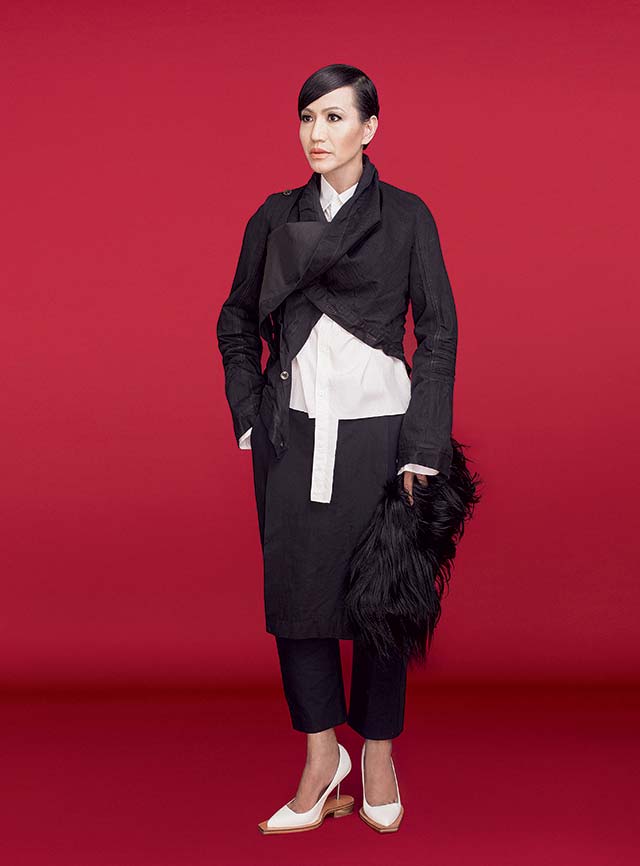 Unknowingly, she was to meet a fate of another kind upon setting foot in Roppongi, right inside a fitting room. “I tried on a pleated top and skirt from Issey Miyake and right then and there, I knew I had to get them!” Monika exclaims, recalling how they looked and felt, giggling at the memory of what was clearly love at first sight. 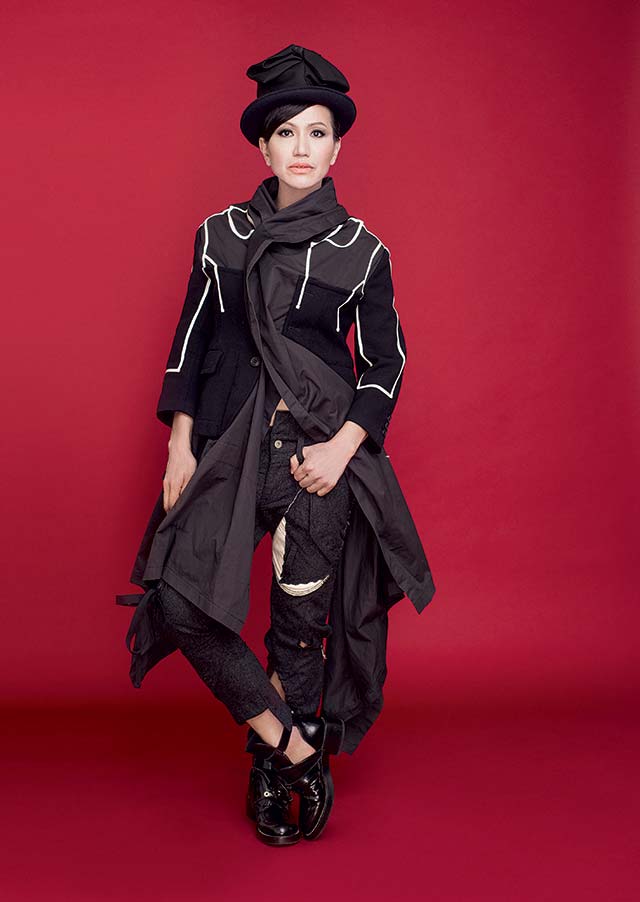 She then decided to shed for good her premigration layers of Azabache, Kirei, and Cesar Gaupo and embraced the eccentric silhouettes—“for Manila, at least,” she interjects—and neutral palette that cool locals would wear unabashedly on the Tokyo streets. Unsurprisingly, too, the storage in her new home would morph into an altar for the Japanese fashion trinity: Issey Miyake, Rei Kawakubo, and Yohji Yamamoto.

The said altar has grown into a shrine today, bursting with multiple pieces from the aforementioned designers and from those gathered from Tokyo runways—“If I want it, I’ll get it,” Monika chimes in—and her travels the world over. Deconstructed, monastic, oversized, and sweeping? She has multiple versions of each kind—and mostly in her favorite non-color. “Black is my staple color and not for anything. It just is.” 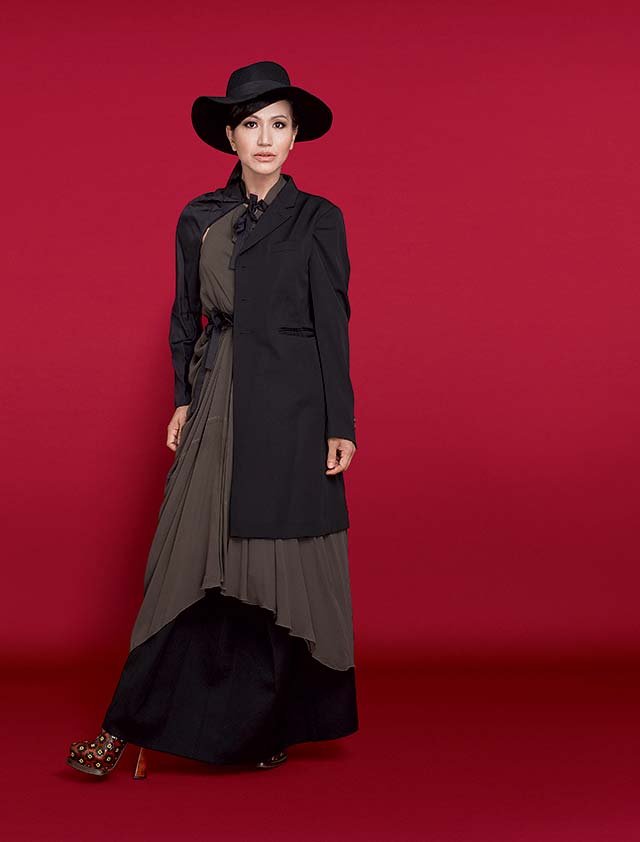 She’s used to the ogling eyes of passersby—something that’s more common in Manila than in Tokyo. She has, after all, turned into one of those unabashed locals she once adored. “I dress for myself. It doesn’t matter if people think I’m unconventional or weird-looking.” Then, a pregnant pause. “Well, except if it’s for church; I’ll be in something simpler, pero Yohji Yamamoto pa rin!” 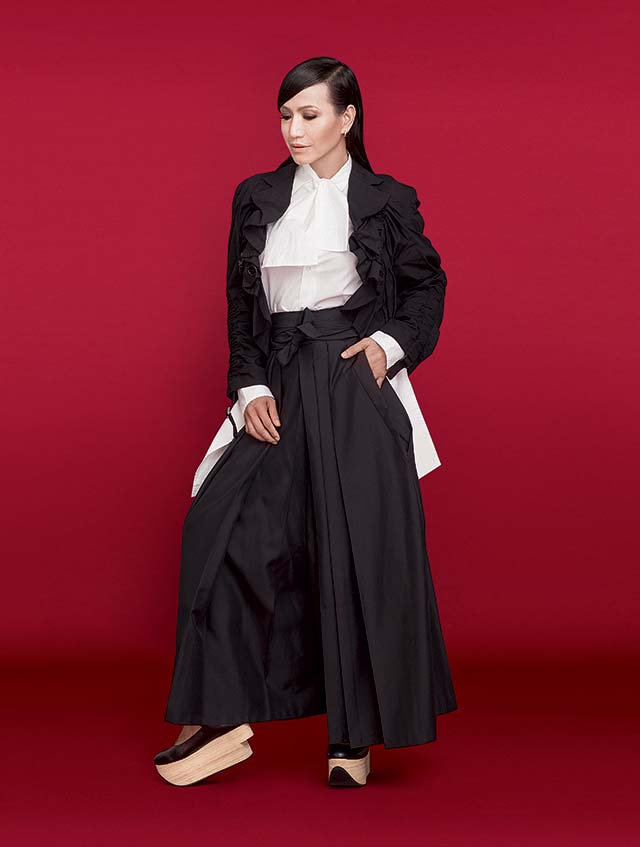 Twenty-plus years is too long a time to remain loyal to the same sartorial idea. But Monika has no fear of commitment—especially in all matters fasyon. “There are no tamad days for me. The night before, alam ko na ang susuotin ko, whether I’m having a dinner out in Manila or shopping in Tokyo,” she laughs. “Give me two weeks’ notice if it’s for an event. At hindi ako umuulit ng outfit, ha! Well, except if the event was not super photographed.” We totally get the point.

Meet the Illustrator Behind our Best Dressed Portraits

How to Handle a Same Dress Situation, According to Preview's Best Dressed