Months Shy Of Its Manila Opening, Tory Burch Copycat Closes All Its Stores 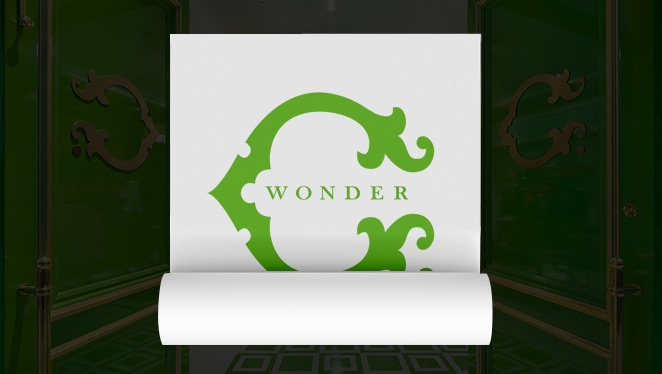 Last November, SSI Group Inc., bringer of Zara, Pull and Bear, and a mix of contemporary labels to our shores, announced C. Wonder as one of the three new brands they have acquired for 2015, with plans to open a boutique in Central Square, Bonifacio Global City. But just yesterday, the U.S. brand shocked the world with their own announcement that they will shut down all their stores before January ends. 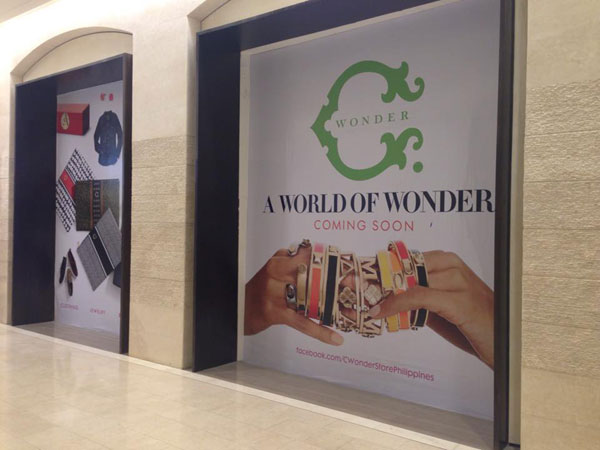 C. Wonder's board up at Central Square Mall

What, even, is C. Wonder? Well, the quirky, whimsical, and not to mention controversial, label opened in 2011, as sort of a divorce gift from Tory Burch’s ex-husband, Christopher Burch, to the wildly successful retail designer. After a messy split in 2006, Mr. Burch, an investor in several fashion companies, including his former wife's own, developed items for C. Wonder that looked like down-market versions of his ex-wife’s signature Reva flats and made-for-the-Hamptons totes. (Say, $88 for a replica of Tory's $295 nylon tote.) And even with the apparent aping, from the logo, to the store setup, and various other pieces, C. Wonder fought hard to deny copying. (See the items side by side here.) At the end of the day, fashion authorities can't be fooled as they agreed it was basically Tory Burch, for less.

After months of litigation and three years of operations, the brand has officially lost its wonder. Eleven of its U.S. stores have already closed its Kelly green-lacquered doors and the remaining 21 will follow suit before the month ends. All their social media accounts have been shut down while their e-commerce site is slated to follow in a week. 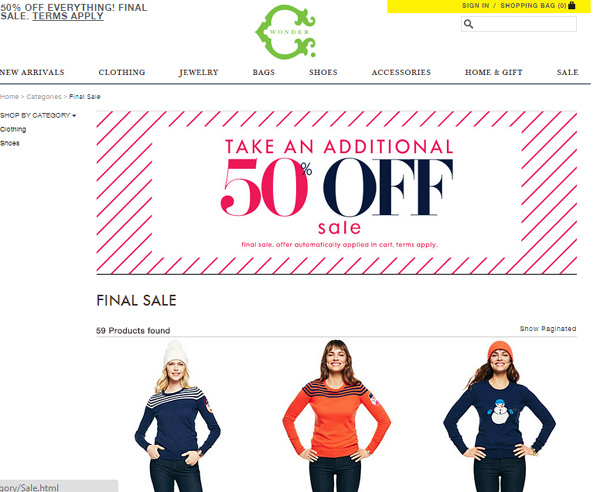 Die another day: The site gets to live for another week.

An official statement released by C. Wonder yesterday cited the “highly competitive nature of the current retail environment" as reason for its closure. SSI also released an official statement: "Fortunately, we haven't opened ours nor have we started contruction yet. So it's a wait and see attitude at this stage, depending on whether or not someone takes over the company within the next few weeks."

Based on reports, it appears that Mr. Burch is acting nonchalantly towards the issue and in fact, is working on a new line with Ellen Degeneres. Personally though, we are more in awe of the former's daughters Pookie and Louisa Burch's own ultrachic clothing line called Trademark. 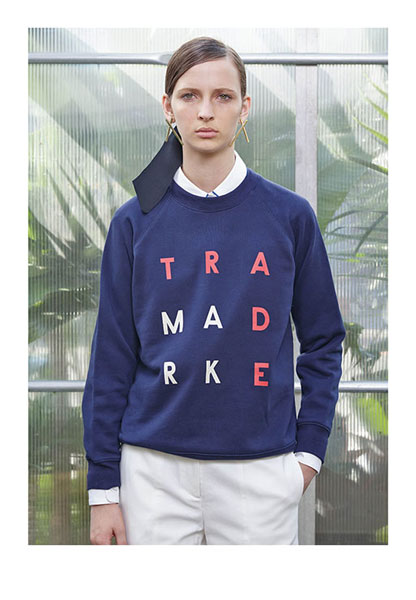 Dear SSI, won't you bring in Trademark instead?