JUST IN: Jinkee Pacquiao Is One Glamorous Ninang at a Wedding Wearing Accessories Worth at Least P10 Million|Read more »
Fashion | By Jam Nitura - Aug 7, 2020 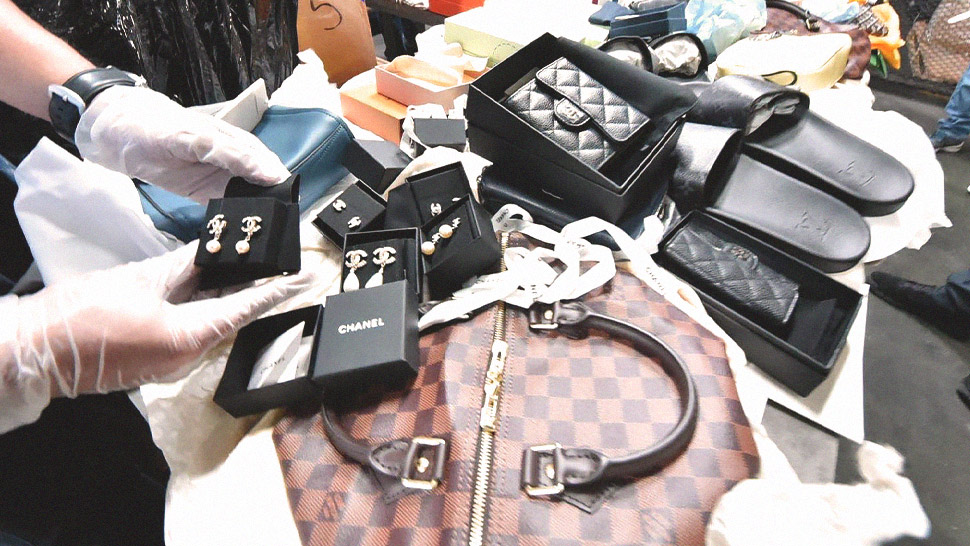 IMAGE Bureau of Customs
It includes shoes and jewelry from Chanel, Hermes, and other luxury brands, plus 648 boxes of N95 masks with fake designer logos.

Amid its intensified crackdown on intercepting smuggled items entering the country, the Bureau of Customs apprehended an alarming horde of misdeclared luxury items at the Port of Ninoy Aquino International Airport last August 4.

The goods included shoes, wallets, and earrings from high-end brands such as Chanel, Hermes, Christian Louboutin, Valentino, Louis Vuitton, Prada, and Balenciaga, all valued at a total of more or less P15 million. However, instead of presenting the items as such, the shipment from Italy was falsely declared as containing personal effects like shampoo, soap, towels, toiletries, canned goods, milk, chocolates, etc.

According to BOC, the fraud was undertaken as “an apparent attempt to evade payment of correct duties and taxes by circumventing duty and tax free privileges afforded to balikbayan boxes.”

Authorities caught on to the modus operandi after reviewing the goods’ accompanying commercial documents, which then led to a physical examination of the items that came packaged in 17 separate cartons.

As per the BOC’s official website, “the shipment shall be subjected to seizure and forfeiture proceedings for violation of Section 1400 in relation to Section 1113 of the CMTA. Likewise, the records and details of the apprehension shall be referred to the Bureau Action Team Against Smugglers (BATAS) for case profiling and build up against the personalities involved in the foiled smuggling of high-end branded bags, shoes, wallets, and signature earrings in commercial quantities.”

The items were found in a warehouse in Barangay Sta. Rosa Marilao Bulacan after presenting a Letter of Authority (LOA) signed by BOC Commissioner Rey Leonardo B. Guerrero.

Among the seized goods were 648 boxes of N95 masks designed with copied logos of famous international luxury fashion brands. Subsequently, 1000 cases of cigarettes were also captured in the raid. The seized items have since been turned over to ESS Security Coral in the port of Manila for further investigation.