LOOK: Here's How (and Why) Bela Padilla Decided to Uproot Her Life in Manila and Move to London|Read more »
Fashion | By Maura Rodriguez - Feb 5, 2016

10 Things That Happened at Our February Cover Shoot

Like Iñigo Pascual asked #YannaDub to dance with him! 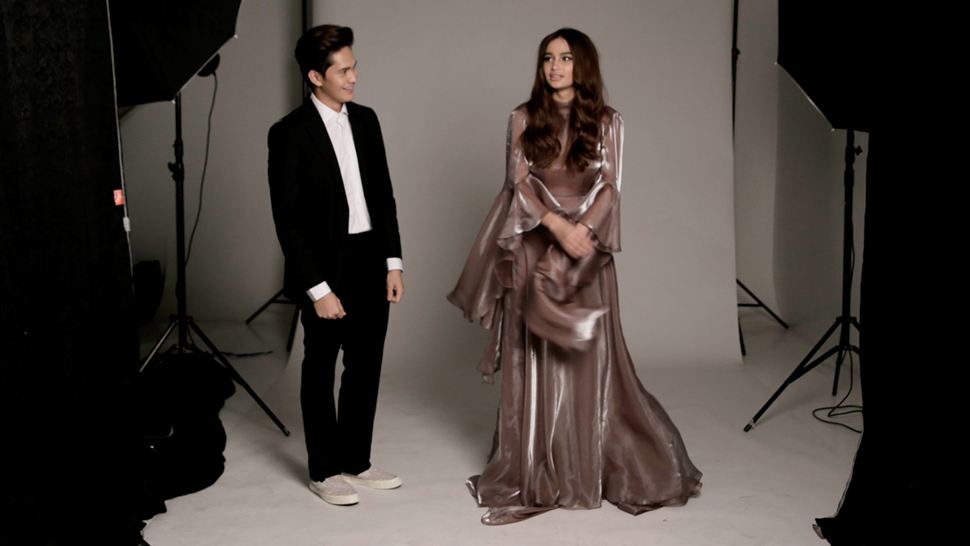 As they say, "Photos or it didn't happen." But in this case, due to the secrecy at Preview during cover shoots, words will have to do. So here's a list of funny, surprising, a bit embarrassing, but totally memorable moments when we shot Iñigo Pascual, Jeron Teng, Derrick Monasterio, Ruru Madrid, LA Aguinaldo, Andre Paras, and Kelsey Merritt for February.

1. Ruru kept looking over at Kelsey to see if she was okay and wanted to add her on Snapchat.

Ruru would swiftly come to her aid when she was about to fall or lose balance. He stayed for most of the shoot even though his turn was over, just to spend more time with Kelsey. He did not get her Snapchat handle though. Bummer.

2. Derrick had abs and was on a strict diet.

He was eating salad the entire time. He was also a little shy to  reveal his bod (because it was apparently not "ripped" enough, but we beg to disagree) so that shirtless/topless layout never happened.

3. Andre made Pauline Juan laugh so hard all throughout the shoot.

Pauline is not the smiling type. Laughing? Much less. But with Andre Paras around, that changed entirely.

4. Jeron played basketball against Andre before!

Apparently, the pair played hoops at a Xavier versus LSGH game years back.

5. Iñigo Pascual asked our Editorial Assistant Yanna Lopez to dance with him!

He grabbed her hand when Silento's Watch Me (Whip/Nae Nae) started playing in the background.

6. Kelsey was totally okay with a more-than-half naked LA Aguinaldo lying on her lap.

Have you seen LA's cover story layout with Kelsey? It wasn't awkward to shoot at all, despite semi-butt exposure.

7. We took a selfie with Ruru while an open-mouthed Andre Paras slept in the background.

Andre had just arrived from a flight from Cagayan de Oro and drove himself to the shoot. He was super tired and slept on BJ Pascual's couch in between layouts. We do have the photo, but we're friends with Andre so that'll never get published anywhere.

8. The first time Iñigo saw the original February 2001 Preview cover (the one his dad was part of) was during his interview on the day of the shoot.

He said it felt surreal to recreate something so iconic. He also mentioned how Julia Barretto gives him advice on how to handle the fame at a young age.

It was glorious. Andre sang Nadine's part while Yanna lipsynced to James'.

10. The pants Ruru wore for his sultry layout with Kelsey were actually BJ's.

We did need options after all.

More on our boys and girl of Feb in this month's issue here.

10 Couple Outfits That Are Actually Cool