LOOK: Here's How Maggie Wilson Deals with Being Called a "Gold Digger"|Read more »
Culture | By Mylene Mendoza for Candymag.com - Oct 27, 2021

There's a lot to expect from the entertainment industry's new generation of talents, and one of the stars to watch is 18-year-old singer Zephanie. The rising singer just became of legal age recently, but her list of accomplishments is already impressive. Still, there's more to expect from the young performer, and if worth getting to know her.

Here are 7 things to know about rising singer Zephanie

Zephanie Dimaranan is actually a Valentine baby! Born on February 14, 2003, she turned 18 just this year. As a little surprise for her coming of age, her label, Cornerstone Entertainment threw her a surprise birthday celebration.

And in case you're curious, the name "Zephanie" actually came from the Bible. In an interview with Boy Abunda, Zephanie explained that her name was derived from the name Zephaniah.

Zephanie had her moving up day last 2020 and to commemorate it, she shared a photo on Instagram and thanked her teachers, family, and fellow classmates. She studied at Alpha Angelicum Academy in Binan, Laguna.

3. She knows how to play table tennis.

She loves to play the sport, and is actually pretty good at it! Zephanie used to be part of her school's varsity team for table tennis and would often represent her school in competitions. Apart from performing arts, it seems Zephanie can easily ace athletics in school.

She's the first ever winner of the competition, which is part of the well-known Idol franchise by Simon Fuller. As the grand champion, Zephanie took home two million pesos, a paid trip to Taiwan, a house and lot, and a recording contract with Star Music.

This wasn't Zephanie's first time joining a TV singing competition, though! Before auditioning for Idol Philippines, Zephanie had already participated in The Voice Kids, where she competed under Sarah Geronimo's team. Zephanie was eliminated in the show's semifinals. She also participated in Tawag ng Tanghalan, a singing competition that's part of the noon-time show It's Showtime. Still, things seem to have worked out for Zephanie because she eventually conquered a different competition!

Not only is she a gifted singer, but she's also got the potential to become an all-around star. Zephanie was chosen as one of the new Bootcampers for global pop group Now United where she underwent two weeks of training in vocals and dance.

ICYDK, Now United is a group of young and talented performers from different parts of the world, brought together by TV producer Simon Fuller (yes, the Idol franchise producer and Spice Girls manager!) During her bootcamp stay, Zephanie got to participate in the group's song Come Together. Look at her own the spotlight with her vocals here.

Another Filipino celebrity, Bailey May, actually got to debut as one of the group's original members in 2018. Getting invited to train under the program is already such an honor, and it's proof that Zephanie has what it takes to be a star.

6. She was a huge fan of Kadenang Ginto.

The ABS-CBN teleserye Kadenang Ginto was such a huge hit among avid teleserye fans and even social media users. You can count on Zephanie as one of its many regular viewers. During an interview, the 18-year old revealed just how much of a fan she is of the show when she reenacted a scene from the teleserye. Now that we have Zephanie as a singer and dancer, who else is low-key wishing for her to try acting? Here's hoping she considers taking it up in the future!

In a Q&A video on her YouTube channel, Zephanie shared that she wants to pursue medicine as a profession in the future, either as a doctor for humans or as a veterinarian (she also shared just how much she loves animals!). When she goes to college, she's expressed that she would want to take up a pre-med course, but she's still unsure given that her showbiz career needs her full-time commitment as of the moment.

Psa! "your Name," "haikyuu," And More Anime Are Leaving Netflix This November 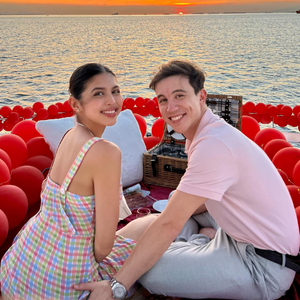 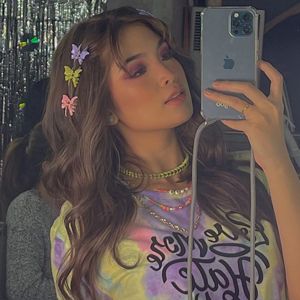 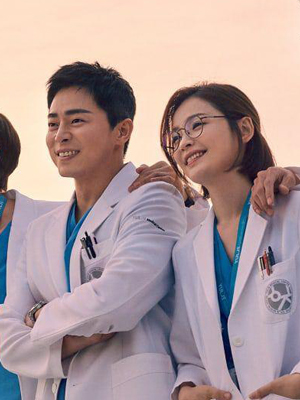