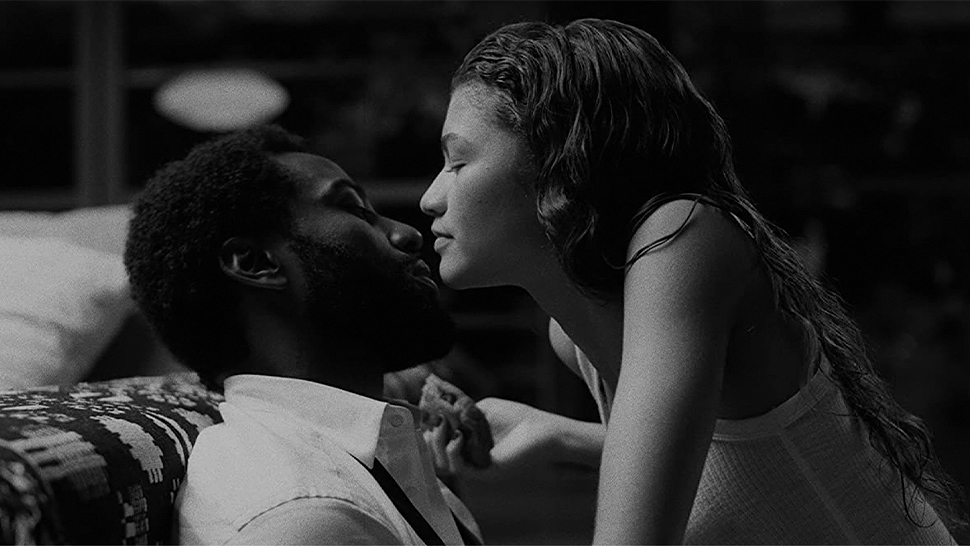 If you’re a fan of Marriage Story or simply looking for another award-worthy content on Netflix, then you're in for a treat! The streaming platform has an upcoming film starring Zendaya, and it already seems like a must-watch that you shouldn't miss.

ICYDK, director Sam Levinson—best known for creating the exceptional HBO teen drama series Euphoria—was reported to have been shooting a new project in the height of the quarantine last July, and he specifically made this dialogue-heavy romance film with Zendaya in mind! In a report by Deadline, Malcolm & Marie's story "has some echoes of Netflix's Marriage Story, while resonating a number of social themes that the world is experiencing right now."

Here's everything we know about the movie "Malcolm & Marie" so far:

1. The whole movie will be in black and white.

All shot in black and white, the film circles around a director, Malcolm, who returns home to his actress girlfriend, Marie, after his movie’s premiere night. As they wait for the critics’ response, the couple start to converse about numerous topics including their past relationships. Being confined in one space, the two end up pushing each other’s buttons until scarring truths about themselves rise to the surface, which ultimately test the strength of their love.

Malcolm & Marie itself was actually loosely drawn from a true story. Levinson intentionally wrote the script based on a personal matter he faced with his wife, Ashley. He further explained, “What’s a really terrible thing a person can do to their partner? Here’s the truth: I forgot to thank her at the premiere of ‘Assassination Nation,’ which was a brutal film to edit, and she was upset. I felt very guilty about it. Supposedly, we only talked about it on the car ride home. In my head, I imagined we’d had 1,000 conversations about it. I took that as the catalyst for this piece.”

During the same interview, he also described the film as a medium to “speak to where we are right now, locked up, at home, in relationships, dealing with love and grievances, and the joy of all that.”

Levinson shared that Zendaya immediately agreed to play the part of Marie, admitting that she “never had the opportunity to be involved with something from its inception.” As for her co-star John David Washington (BlacKkKlansman, Tenet), the 36-year-old mentioned that the offer for Malcolm came at a perfect time seeing as he was in “a place of unknown and hankering for discovery, of self and of my artistry,” after his previous film Tenet, was badly hit by the pandemic.

Based on the trailer below, it looks like we can expect these two award-winning actors to show a phenomenal performance, all while effortlessly producing a strong onscreen chemistry together.

4. Netflix bought the movie for a massive $30 million.

Variety reported that other interested platforms like HBO and Amazon lost the movie's distribution rights to Netflix by a whopping $30 million! Now finally, the wait is over! Malcolm & Marie is set to exclusively premiere on the streaming giant this February 5, 2021.

Zendaya Literally Had a Cinderella Moment at the Met Gala 2019