SHOP: The Preview Beauty Bag Is Officially Here and It's the Ultimate Steal|Read more »
Culture | By Angelica Lam - Apr 23, 2021 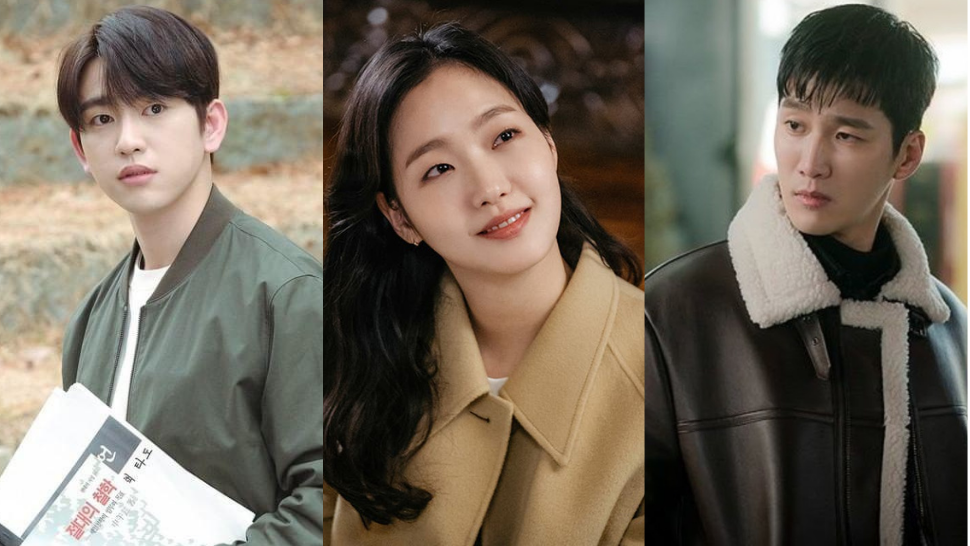 IMAGE Itaewon Class/JTBC, The King: Eternal Monarch/TVN, When My Love Blooms/TVN
It's based on a popular webtoon!
Shares
Share
Tweet
Comments

It looks like we have another promising K-Drama to binge watch by the end of 2021! Fresh off her run in The King: Eternal Monarch, Kim Go Eun’s newest project Yumi’s Cells is already well on its way to being made, and we have everything you need to know about this upcoming romance series before it airs this year.

Yumi’s Cells will be based off a popular webtoon series of the same name. It centers on its protagonist Kim Yumi, a woman in her 30s who possesses 200 different cells inside her body, controlling her daily actions and behavior. The storyline is told through the perspective of these cells, allowing the viewers to get a glimpse into their thoughts as Yumi goes about her life, including navigating her relationships with three different men.

Fun fact: The original webtoon has 512 episodes and has garnered 3.2 billion accumulated views and more than five million comments five years since its release.

2. It’s totally going to be #relatable!

Lead actress Kim Go Eun shares: “I think the reason that the love story of the ordinary woman Yumi was able to make so many people laugh and cry over such a long period of time was because of how relatable it was.” With that, she says she’s definitely looking forward to bringing this character to life on the exciting journey ahead.

3. There are three reported cast members to watch out for.

First up is Itaewon Class’ Ahn Bo Hyun, who’s been offered to play the lead role of Goo Woong, the protagonist’s romantic interest. Following the success of Itaewon Class, the actor took on lead roles in Netflix’s noir action series Undercover, as well as in MBC’s thriller drama Kairos. There’s also SHINee’s Minho, who has been reported to have a special appearance on the show as Woo Gi, Yumi’s crush and colleague who played a major role in the first half of the series.

Another idol-turned actor that might join this star-studded cast is GOT7’s Jinyoung!  It’s said that he’s considering playing the role of Yoo Babi, Yumi’s sweet and gentle coworker who later goes on to be her second boyfriend. FYI, the idol is currently set to star in another tvN drama series, Devil's Justice where he stars alongside Familiar Wife star Ji Sung. Should he accept the role for Yumi’s Cells, this will be Jinyoung’s second drama to air this year.

4. It will be produced by the studio behind "Crash Landing on You."

In case you aren’t familiar with them, Studio Dragon is  known for their hit dramas Mr. Sunshine, Hotel Del Luna, Crash Landing On You and more! In a statement released to Korean media, the studio promises “...to focus on really capturing the webtoon’s unique and fun setting of Yumi’s cells playing a huge part in Yumi’s reality. It’s going to be a cheeky, relatable show for the viewers.”

5. The crew is composed of a talented team of creatives.

The upcoming drama will be directed by Lee Sang Yeob, who previously worked on the romance drama Familiar Wife (2018), as well as romantic comedy series Shopping King Louie (2016). Aside from this experienced director, screenwriters for Yumi’s Cells will include Song Jae Jung, and Kim Yoon Joo, who worked on Memories of the Alhambra (2018) and Find Me in Your Memory (2020), respectively. Not only that but fresh blood will also be joining the writing team by the name of Kim Kyung Ran.

The drama is scheduled to film in the first half of this year, and will reportedly be aired late into 2021.