SHOP: The Preview Beauty Bag Is Officially Here and It's the Ultimate Steal|Read more »
Culture | By Sofia de Aros - Apr 30, 2020 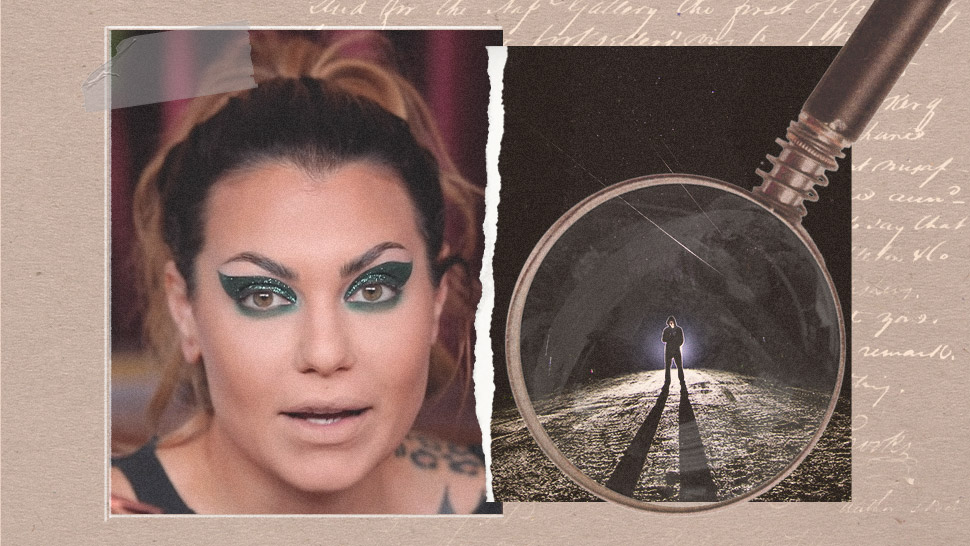 Gone are the days when makeup tutorials were made strictly to instruct.

Makeup as a practice has taken on a life of its own. It has become a therapeutic art form, and beauty videos foster a sense of community. (Speaking of the beauty community, it is of note that there were 169-billion beauty-related content views on YouTube in the year 2018 alone, according to Statista).

Getting ready has broadened to become a fully-fledged experience, one that can be shared with others. Case in point: Prior to an event, my sister and her friends will gather in one house, spending at least two hours getting ready together, using makeup as an opporunity to bond with one another. This charming, social aspect of the makeup experience finds an intriguing form in beauty video formats by YouTubers Bailey Sarian and Robert Welsh.

In lieu of talking you through the steps of their face beat, they share true crime and horror stories. (Yes, you read that right!) If you're a beauty lover with a vested interest in all things dark and chilling, these YouTube playlists are perfect for you.

"Let me talk about someone getting murdered while I do my makeup," Bailey self-mockingly said in the first video of her series, Murder, Mystery & Makeup— an initiative that would eventually gain her channel a dedicated cult following. "Like many of you, I too am obsessed with crime," she added.

There are a lot of scary beauty looks on YouTube (ex. videos on how to transform yourself into a corpse for Halloween), but Bailey's channel has nothing to do with that—I'd tag her aesthetic as "Instagram baddie". Every Monday, she releases a new video of herself applying makeup while sharing a true crime narrative she had extensively researched. The result? A compelling makeup video that demonstrates a highly underrated format. Bailey's series is relatively new: the first video was published on January 15, 2019, and there have been 62 subsequent videos, each spanning 20 to 40 minutes.

Call it morbid if you wish, but murder mysteries have been an entertainment obsession for a while now. Netflix crime dramas like Hannibal, Perfume, and Extracurricular all depict increasingly creative ways to kill, feeding this cultural fascination with dark subject matter.

Even before Bailey's series, this creepy fixation had already spilled over into the beauty world. The somewhat gimmicky beauty line Makeup A Murder was launched by Theresa Spencer in October of 2018, and, like its name suggests, it features beauty products named after crime scene jargon, in gore-inspired packaging. After scrolling through their website, I found that there was nothing innately morbid about the products themselves, though—I guess it's the concept that counts!

UK-based makeup artist Robert Welsh has very gamely admitted that he was inspired by Bailey's series. His version, however, trades in true crime for bone-chilling supernatural horror stories! My favorite aspect of his series is that the scary stories are crowd sourced, sent in by his subscribers. While Bailey focuses on one narrative per episode, Robert manages to share a handful of anecdotes, reading his emails out loud as he applies makeup. Robert currently has 16 episodes in his series Ghost Stories and Makeup, each running for approximately 15 to 30 minutes.

In scrubbing through his videos, I found several stories satisfyingly creepy—my personal favorite begins on the 5:54 mark in the video embedded above— and noticed that, despite the dark subject matter, the videos are candidly funny, since Robert is unapologetically expressive, and blinks back tears when a story is particularly scary. If Bailey's videos are more investigative in tone, Robert's are more reminiscent of attending a sleepover with an endearingly sensitive friend.

Given that these series are new, I bet we can look forward to this creative (and creepy) format evolving and proliferating in the near future! We are 100% ready for it.

If you want to submit your own scary story, you can email him at ghostsandmakeupmonday@gmail.com.