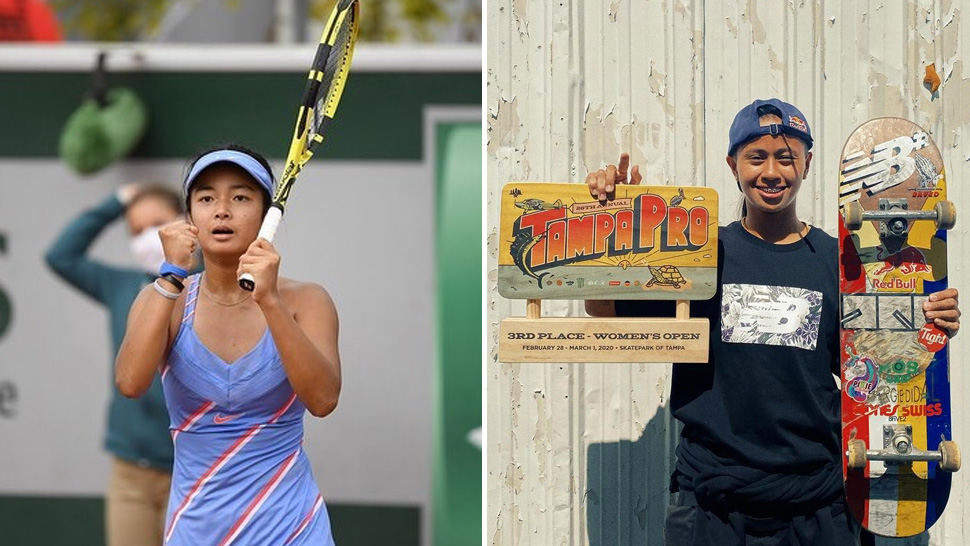 ICYMI: Filipino-Japanese pro-golfer Yuka Saso just made history after bagging the title for the 76th US Women's Open. Saso, who is only 19 years old, played against 22-year-old Nasa Hataoka of Japan. According to LPGA, Saso is the first Filipino to ever win any major golf championships.

As per ESPN, Saso is also considered the youngest U.S. Women's Open champion in history, after South Korea's Inbee Park. Former world number one golfer Rory McIlroy, who Saso considers an inspo, even wished the Pinoy golfer good luck and congratulated her after securing the win.

The local sports scene is filled with great potential with the likes of Yuka Saso dominating their respective sports at a young age. In case you're curious, here are six other young Filipino athletes repping the Philippine flag in international sports competitions:

Margielyn Didal, 22, was named as one of the Most Influential Teens of 2018 by TIME Magazine after winning gold in the women's street skateboard competition at age 19 during the 2018 SEA Games. Most recently, Didal sealed her spot for the Tokyo Olympics by bumping her world ranking to 13th thanks to her performance at the Skateboarding World Championships semifinals.

At 19, Kai Sotto is already a basketball phenom. He was part of the NBA G League Ignite, but left to play for the Philippine national team. He is now set to participate in the Australian National Basketball League as part of Adelaide 36ers' team.

Karl Nepornuceno, better known as KarlTzy, is the youngest member of the Philippines' national esports team at age 17. He is also part of the Mobile Legends squad of Sibol who scored a gold medal at the SEA Games in 2019. In 2021, Karl was named the Finals MVP after his team won the M2 Mobile Legends World Championship.

Filipino kiteboarder Christian Tio was only 17 when he bagged a silver medal at the Summer Youth Olympics--the first and only medal for the country from the competition.

Did You Know? A Google Chrome Extension That Reminds You To Take Work Breaks Exists, And It's Life-changing