She can play both the guitar and the piano! 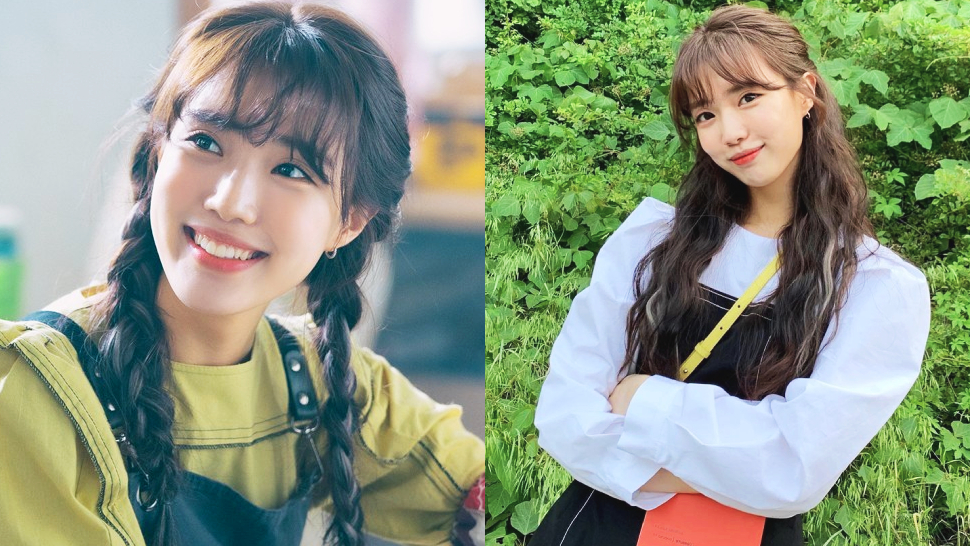 After gaining a loyal following thanks to her breakout role on Nevertheless, there’s no denying that rookie actress Yoon Seo Ah is yet another fresh face to look out for. Unless your online presence is non-existent, then you’ve most likely seen this adorable charmer's face around in the form of photos or GIFs from the aforementioned JTBC drama, alongside her love interest in the series, Lee Ho Jung. That said, as Nevertheless comes to a close and Seo Ji-Wan and Yoon Sol finally get their happily ever after, we’re keeping our fingers crossed that Seo Ah’s newfound fame is just the start to a bright and eventful career ahead.

Before anything else though, here are 10 things you need to know about Korean actress Yoon Seo Ah.

Fun fact: she only changed her Instagram handle to her current stage name, Yoon Seo Ah, right before Nevertheless aired in June.

3. It’s always been her dream to become an actress

Having developed a passion for acting at a young age, and determined to see it through, Seo Ah made sure to tailor all her pursuits to the field. In fact, even her extracurricular activities as a schoolgirl were related to her chosen career. When asked about the clubs she joined in high school, Seo Ah mentioned being part of a short film production club, further explaining, “I dreamt of being an actress since I was young and I worked hard by choosing clubs that were related to my dream!”

Seo Ah’s dream came true in 2018 when she finally made her TV debut with a guest role in the family drama Bad Papa. Two years later, she played a supporting character in the teen rom-com series Love Revolution as the lead’s ex-girlfriend, Bae Ji-yeon. With only two credits under her belt, the rookie actress soon found luck in 2021 when she landed a notable role in JTBC’s Nevertheless as the infectiously cheerful Seo Ji-wan. Though still a supporting gig, the unexpected, rave support online her character’s received—along with Lee Ho Jung’s Yoon Sol—has since put her name on the map, not just in South Korea, but internationally as well.

A testament to her carefree spirit IRL, Seo Ah revealed that her MBTI is ENFP (Extroverted, Intuitive, Feeling, and Prospecting). As per the personality test’s official website, people with this combination tend to be, “outgoing, openhearted, and open-minded”—traits Seo Ah undeniably exude.

Need more proof? Just check out behind-the-scenes footage of the actress below, while on the set of Nevertheless.

Anyone who’s gotten to know Seo Ah through her Instagram posts and past interviews knows that she’s impressively eloquent, perhaps because she’s just as well-read. A lover of poetry, Seo Ah often shares her latest reads with followers online. Her favorites include Korean poet Park Jun’s Maybe We Can Watch the Rainy Season Together, and Lee Byung Ryul’s The Sea Is Fine. She even keeps annotations from the books she’s read as highlights on her IG account. We love a true intellectual!

Apart from being an avid reader, it seems Seo Ah is also quite the fan of Western flicks. In a Q&A, Seo Ah shared that her favorite movie is the Academy Award-winning drama Nomadland, which stars Hollywood actress Frances McDormand. You can also find clips of the 1994 Winona Ryder rom-com Reality Bites on her Instagram feed.

8. She can play the piano and guitar

Yep, this intelligent, and adorable actress is also musically inclined! Seo Ah first showcased her guitar skills during a guesting for a Korean variety show in 2017. Not only that, but she also mentioned developing perfect pitch after years of training to play the piano.

Just listen to her play the instrument below!

In case you missed the memo, you can continue supporting Seo Ah’s budding acting journey by following her on Instagram @yoonseoah_.

10. She’s being managed by 9ato Entertainment

Handled by 9ato Entertainment, Seo Ah is under the same agency as her Nevertheless co-stars Han So Hee and Kim Moo Joon. You can find more photos of the actress on their official IG account.

Did You Know? Lee Ho Jung Wore Her Own Clothes in "Nevertheless"

7 Dreamy Wedding Venues In Batangas For Your Intimate Wedding