LOOK: Bela Padilla Is a Classic Beauty in Her All-Black Red Carpet OOTD in London|Read more »
Culture | By Jam Nitura - May 31, 2021

Need a little more love in your life? 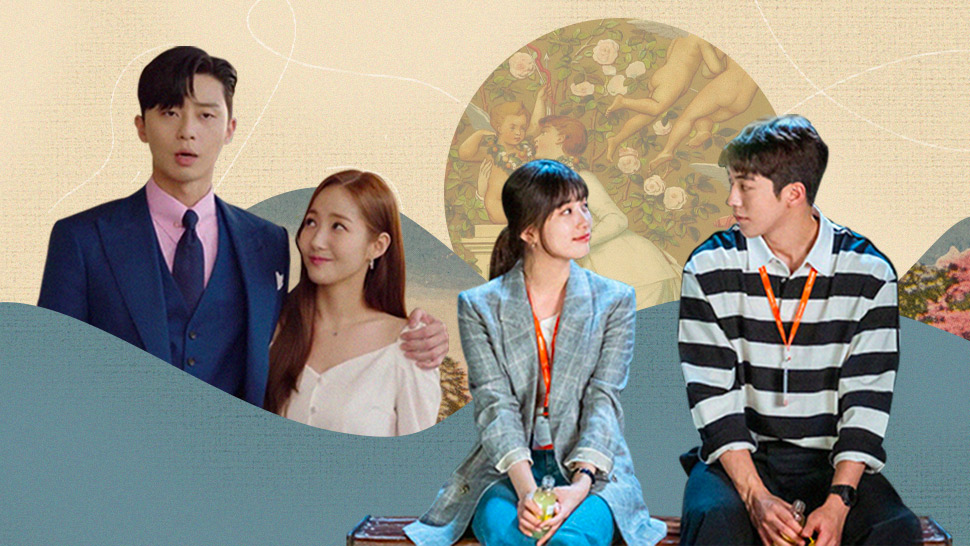 Who doesn’t love a good office romance drama? You’ve got the budding attraction grown from daily interactions, the eventual sneaking around after work hours, and even the exhilarating, at times comic tension that looms over their office space (and colleagues) once things don’t quite go their way. That said, if you’re eager to add some swoon-worthy excitement to your day after spending a dull eight hours at your job, then all you have to do is turn on these Korean shows.

Below, we round up 10 work place romance K-dramas you can stream online now!

1. Romance is a Bonus Book

Cha Eun-ho is a successful and handsome writer who also happens to be the youngest editor-in-chief at his publishing company. His picture-perfect life takes a turn when he gets enmeshed in the problems of his childhood friend and first love Kang Dan-yi, a divorced, single mother struggling to find a job. When Dan-yi ends up working at Eun-ho's company, it becomes increasingly more difficult for the latter to keep his feelings at bay.

Of course, there's no complete office romance K-drama list without this classic. What's Wrong with Secretary Kim revolves around Lee Young-joon, the vice president of his family's company. Self-absorbed and narcissistic, he barely recognizes the efforts of those around him, least of all his loyal and patient secretary, Kim Mi-so. Wanting more in life, Mi-so abruptly decides to resign from her post of nine years, leading to a series of hilarious misunderstandings that may or may not bring the two opposing personalities closer together.

When her now handsome first love, Ji Sung-joon, asks to meet her, Kim Hye-jin convinces her attractive roommate to take her place and pretend to be her. However, complications arise when Hye-jin finds work in Sung-joon's magazine company where he openly treats her with contempt and disdain, not knowing that she's really his childhood friend.

4. The Secret Life of My Secretary

A notorious perfectionist, Do Min-ik is the cold boss at a mobile media company, who relies heavily on Jung Gal-hee, his ill-tempered secretary. Their work relationship is overturned when Min-ik develops face blindness and mistakes his secretary for a wealthy heiress. Confused by the new development, Gal-hee lets the misunderstanding spiral out of control.

When Chae Ro-woon, an energetic extrovert and people pleaser, meets her prickly and aloof new boss at a PR company, she makes it her mission to unveil his true personality to the whole world—but in ways you might not expect. In spite of her cheery demeanor at work, Ro-woon harbors a deep grudge at her new employer and is actually out to take revenge.

The ambitious Seo Dal-mi is an energetic and versatile go-getter who dreams of becoming Korea’s own Steve Jobs. She eventually crosses paths with "math genius" Nam Do-san, a tech entrepreneur with a failing company who she mistakenly remembers to be her first love. Despite the clear misunderstanding, Do-san takes this opportunity to work his way up the business ladder and, subsequently, into Dal-mi’s heart.

Song Gue-rim is the assistant writer at a radio program. Driven by endless passion but stuck with zero talent, she struggles to save her job when their show is on the verge of being cancelled. To have a chance at salvaging the program, she casts top actor Ji Su-ho to take over the reigns. The only problem? He’s utterly useless without a proper script to follow.

If you're up to throw in a dose of action into your romance drama marathon, then this show should definitely be part of the list. Suspicious Partner follows a prosecutor and a trainee who learn that their pasts are heavily entrenched with one another after an awkward misunderstanding brings them together.