SHOP: The Preview Beauty Bag Is Officially Here and It's the Ultimate Steal|Read more »
Culture | By Rianne Motas and Jam Nitura - Mar 14, 2022 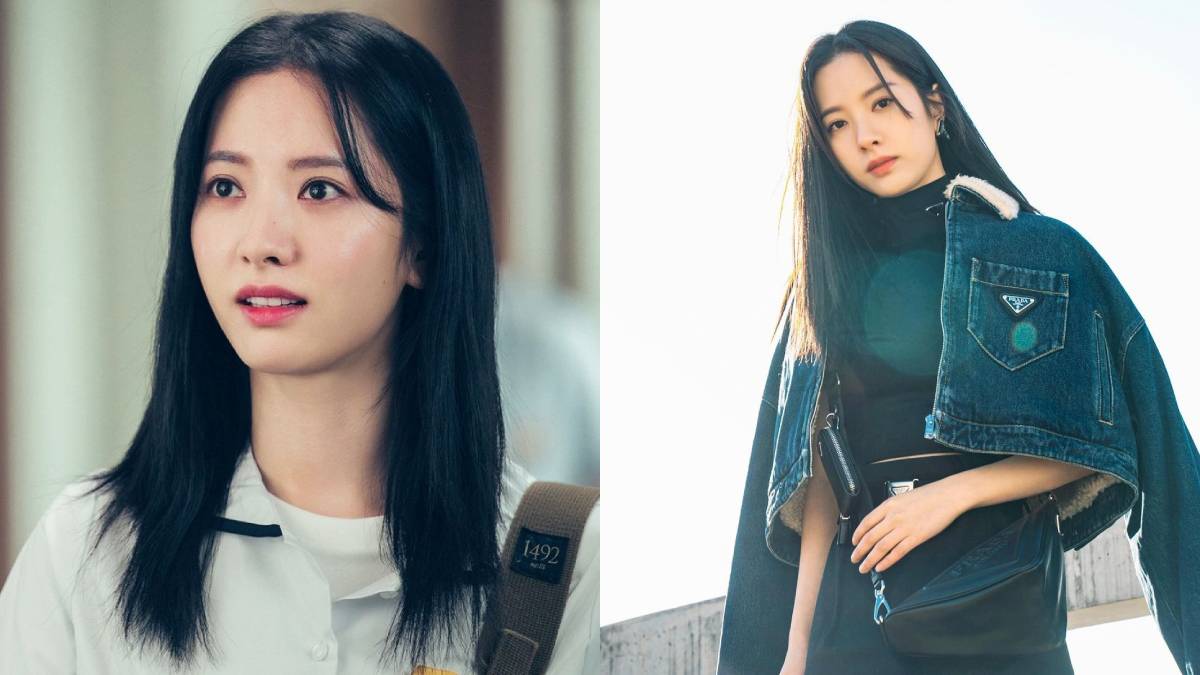 If you’re a fan of Twenty-Five Twenty-One, we're sure you can relate to Na Hee-do's girl crush on the gorgeous gold-medalist and fencing-star Go Yu-rim. No one would question why you’d reserve your Saturdays to see Yu-rim in action too! Although we may have mixed feelings about her every time we see her onscreen, there's no doubt that actress Bona does a fantastic job bringing her to life.

WJSN’s Bona is a multi-talented woman! She can sing, dance, and even rap. Certainly, all eyes are on her, too, for her acting prowess. Leave it to Bona to knock our socks off!

Here are 10 things you need to know about actress and K-pop idol Bona:

No wonder why she shines so well off screen and on screen. She’s a true-blooded Leo! Kim Ji-Yeon, better known as Bona, was born on August 19, 1995, in Daegu, South Korea.

2. She is a certified scuba diver.

Bona once graced Instagram with good news, proudly presenting her certification for open water scuba diving, which she got for a survival show! Her caption was brimming with excitement for her appearance in the Northern Mariana Islands edition of Law of the Jungle, a Korean reality-documentary show. We love a woman in action!

After gradually unveiling its members through sub-units, Chinese-Korean girl group WJSN officially debuted on February 25, 2016 with their first album Would You Like? Bona is an all-rounder for the 13-member group as its lead dancer, vocalist, rapper, and visual. In 2021, Bona, along with fellow members Exy, Seola, and Eunseo, formed another sub-unit named WJSN The Black and debuted with the title track Easy.

Jisoo of BLACKPINK and Bona aren't shy when it comes to flaunting their adorable friendship! Need proof? Bona once uploaded a photo with Jisoo in front of the churros truck that Jisoo had sent to her on the set of one of her dramas. Talk about winning the bestie lottery!

5. She had a terrifying stalking incident in middle school!

When Bona appeared on MBC's Late Night Horror Stories, she shared her terrifying experience of being stalked when she was in middle school. She told a detailed story about how the man even tried to get inside her apartment by asking for a glass of water. Despite this, she mustered up the courage to resist him. She even admitted she used all of her power to force the door closed! She then called her older brother and instructed him to come home as soon as he could once she was safely inside.

The hosts of Late Night Horror Stories were taken aback when they heard Bona's account. Everyone was happy, though, that nothing bad had happened to her that day.

6. The show “Hit the Top” was her first acting job.

After a quick cameo in Chicago Typewriter, Bona officially began her acting journey with the 2017 drama Hit the Top wherein she took on a supporting role. She was then cast in her first major project in the period drama Girls' Generation 1979 as Lee Jung-hee. Just a year later, she landed the part of Im Da-young, an advertising firm intern, in the drama Your House Helper after an appearance in Radio Romance. Now, she’s garnering international acclaim for her portrayal of fencing star Go Yu-rim in Twenty-Five Twenty-One!

7. She wants to star in a historical drama.

In the Korea First Brand Awards back in 2020, Bona was given the Best Female Idol-Actress award for her show Homemade Love story. She was also hailed as the Best New Actress in 2020 by the KBS Drama Awards for the same title.

9. She used to borrow her mom’s credit card for shopping!

Bona shared the personal and professional changes in her life on an episode of Ask Us Anything. The idol made an appearance as a guest on the JTBC variety show on January 4th, in an edition showcasing rising stars in the acting scene. "I used to use my mom's credit card, but I recently got a credit card under my own name," Bona said in the episode, adding, "Becoming financially independent was an item on my bucket list. Last year, I began earning money and was able to achieve financial independence. I’m now earning and spending my own money." she said. Well deserved!

Can't get enough of this talented idol-actress? Make sure to follow Bona on Instagram at bn_95819. We're especially loving all the BTS photos she's been posting from her K-dramas, like this snap of her taking a picture of her co-star Kim Tae Ri.  So cute!