Admit it, you're still smitten by this handsome police officer. 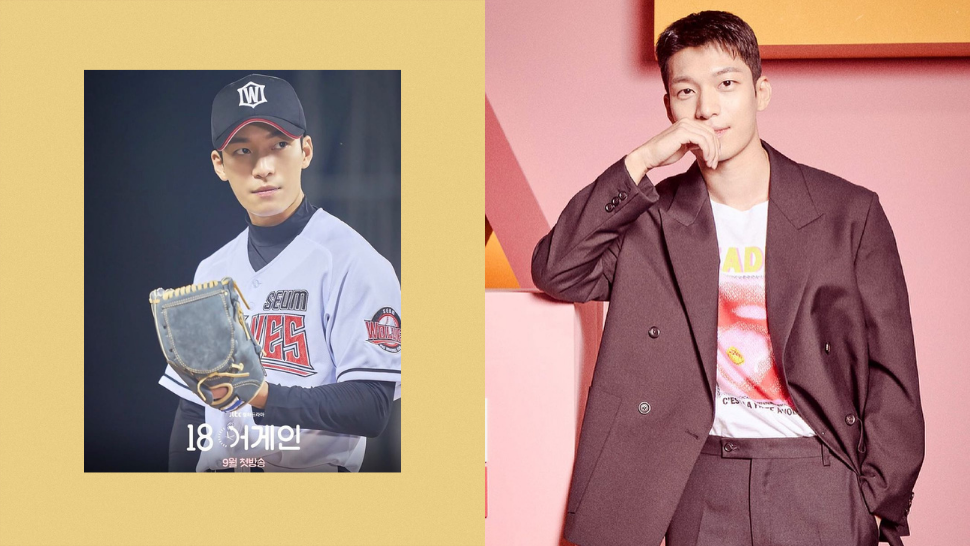 It's been more than a month since Squid Game got released, and yet it's still on everyone's radar. With 11 million views and counting, it can proudly denote itself as Netflix's most-watched series to date. Aside from its unique storyline and mind-boggling plot twists, this success is thanks to the show's obsession-worthy cast. From the bewitching Kang Sae-byeok portrayed by Jung Ho Yeon, to the heroic Seong Gi-hun played by Lee Jung Jae, the entire world has fallen in love with these actors and how they brought this unparalleled drama to life.

Though, we would be lying if we said undercover police officer Hwang Jun-ho didn't have our heads turned, even with his minimal screen time. The man behind the mask is none other than model and actor Wi Ha Joon. Being in the biz for almost a decade now, the 30-year-old actor has caught everyone's attention after his Squid Game stint, what with his dashing looks and beguiling gaze. If you've been on the hunt for other titles you can catch the dashing debonair in, we got you.

An adaptation of the web comic Shark, the film follows the story of Cha Woo-sol, a high school student who gets sent to juvenile prison after he's had enough of his bully, Bae Seok-chan. Fully aware that Seok-chan will exact revenge on him once he is released, Woo-sol enlists the help of Jung Do-hyun, played by Ha Joon. Do-hyun was a former MMA champion who landed in jail for killing three people who murdered his family. Throughout the course of three years, Woo-sol trains under Do-hyun's tutelage, in preparation for his inevitable rematch with Seok-chan.

We'll get to see a hauntingly sinister side to Ha Joon in this film, as he portrays psychopathic killer Do-shik. On the prowl for his next target, Do-shik has his eyes set on Kim Kyung-mi, a deaf sign language counselor at a call center. The two play a nail-biting game of hide-and-seek, with Do-shik relentlessly chasing after Kyung-mi.

Korean TV's take on the 2009 Hollywood film 17 Again, we witness 37-year-old Hong Dae-young's attempts at rekindling his family's crumbling bond—though, there's just one thing: He astonishingly transformed back into his 18-year old self. Attending his children's school and watching his wife, Jung Da-jung, from afar, he begins to understand why his family has been on a bumpy road lately. Along the way he butts heads with Ye Ji-hoon (Ha Joon's character), a charming baseball player who also becomes smitten over his wife.

Childhood friends Kang Dan-i and Cha Eun-ho reconnect in the publishing industry after years of aloofness. Their co-workers, Song Hae-rin and Ji Seo-joon, harbor unreciprocated feelings towards each of them, and the four are constantly entangled in personal and professional challenges. Ha Joon plays freelance designer Seo-joon in this 16-episode, swoon-worthy series.

Despite having to take matters into their own hands, an unlikely mentor-mentee duo stop at nothing to round up a cruel crime network that targets young women.  In a crime bust that'll have you giggling here and there, Ha Joon plays bad guy, Jung Woo-jun, who is pursued by lady officers Mi-yeong and Ji-hye.

Caffeine lovers, this web series is for you. In this sugary story, Lee Ha Min and Jang So Myung develop a budding romance, one cup of coffee at a time. You're for sure going to get even more infatuated with Ha Joon after watching how endearingly he brought the cheerful Ha Min to life. The best part is, you can watch it for free on YouTube here.

This Gorgeous Restaurant Is Located Inside The "santorini Of Tagaytay"