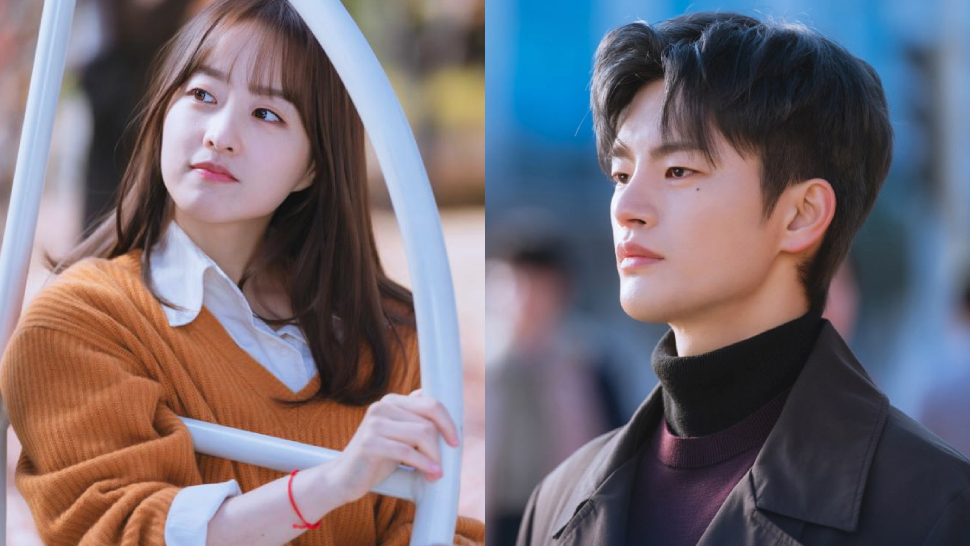 Doom at Your Service is the new drama in town that’s been raking a lot of positive ratings from viewers. Anyone with a penchant for fantasy dramas, like the hit 2016 series Guardian: The Lonely and Great God (Goblin), should definitely give this a try as it also delves into the world of supernatural forces.

Speaking of Goblin, if you’ve been missing characters who are harbingers of death and destruction like Grim Reaper Wang Yeo, who was played by Lee Dong Wook, then you’ll appreciate the fact that one of the main protagonists in Doom at Your Service is actually a god of doom. In fact, his name, Myul Mang, literally translates to "doom"—more into that later though! You'll find no shortage of a deity-human romance either, much like Wang Yeo and Sunny from Goblin, as you’ll get a lot of that in this K-drama, as well. Exciting, right?

Need to know more before you press play? Below, we’ve listed five reasons for you to tune in to tvN's Doom at Your Service.

1. It has a unique plot that hooks you from the beginning.

Tak Dong-kyung receives burdening news that she is terminally-ill from an incurable disease called glioblastoma, and she only has 100 days left to live. Simultaneously dealing with a stressful job, a frustrating love life, and an immature younger brother, she makes ill wishes for the whole world to vanish.

What she didn’t know was that her arbitrary wish would actually initiate a visit from Doom himself in the form of Myul Mang. With the power to cause destruction just by existing, and to make everything he touches vanish, Myul Mang apparently also wants the same thing as Tak Dong-kyung: for the world to end so that he, too, can cease to exist. The two decide to draw up a contract: that she will feel absolutely no pain in her last 100 days as long as her wish is spent on the world’s demise. Should the contract’s terms be violated, the person Tak Dong-kyung loves the most will perish in her stead.

Tak Dong-kyung, a selfless person who had to grow up too fast because of her parent’s untimely demise, is played by actress Park Bo Young. She’s already marked herself as a household name in the Korean entertainment industry, and is also known to be one of the most charming and adorable Korean actresses at the moment. Prior to Doom at Your Service, Bo Young has won the hearts of K-drama fans all around the world with her versatile roles in dramas like Strong Girl Bong-Soon, Oh My Ghost, and the horror movie The Silenced.

Also top billing Doom at Your Service is Seo In Guk, who plays the handsome and emotionally-conflicted messenger between gods and the humans, Myul Mang. In Guk, prior to launching his career as an actor, first debuted as a singer. To be exact, his popularity started when he won the talent reality show Superstar K way back in 2009. Come 2012, his acting career skyrocketed with the success of Reply 1997—where he was nominated for Best New Actor at the 49th Baeksang Arts Awards. From then, projects just kept on rolling in for this actor, including roles in shows like The Master’s Sun, Shopaholic King Louie, and The Smile Has Left Your Eyes.

Supporting the two main leads are a group of rising actors who are perfectly fit for their roles. First off is debuting actor and SF9 group member Dawon, who plays Tak Dong-kyung’s childish younger sibling, Tak Sun-kyung.

Alongside him are actress Shin Do Hyun as Na Ji-na, a novelist who can’t help but base every male lead she writes about on Lee Hyun-kyu (as played by Kang Tae Oh), her first love. Portraying Cha Joo-ik, the character that shakes the romance of the aforementioned two with a love triangle, is Lee Soo Hyuk. Last but not least is Jung Ji So, who plays the role of the deity that presides not only over Myul Mang’s existence and purpose, but basically, the whole world’s too.

3. The show's director and writer are behind other successful K-dramas.

FYI, the show's director, Kwon Young Il, was at the helm of last year’s multi-nominated drama My Unfamiliar Family. Although he didn’t win, it was for this show that he earned a Best Director nod at the 57th Baeksang Arts Awards. This was on top of the drama’s other two nominations from the same awards ceremony, namely for Best Drama and Best Screenplay for TV. You can see more of his brilliant work on the K-drama Search: WWW.

Doom at Your Service’s characters deliver lines that build palpable tension, enough to make you hit pause and take a breather. This kind of quality writing can be attributed to writer Im Me Ah Ri. She’s only written one drama before Doom at Your Service, that being The Beauty Inside. It’s good to note, though, that the 2018 romcom won the prestigious award for Best K-drama of 2018 at the 2019 Seoul International Drama Awards.

Blessing us with a short stint in the show is rising young actor Nam Da Reum. You may have not noticed but this actor has been working for the small screen for quite some time already! He’s known for playing the younger versions of our favorite characters such as Good Boy Han Ji-pyeong from Start-up and Yun Ji-hu from Boys Over Flowers. However, on Doom at Your Service, he shies away from his usual role and instead portrays a mischievous young writer that Tak Dong-kyung struggles to handle.

The second cameo to look out for is Kwon Soo Hyun from the hit K-drama Record of Youth. He makes a short appearance as Tak Dong-kyung’s date for a dinner with her co-worker and Myul Mang.

5. Get ready for a frustratingly good romance story.

Time and time again there will be exchanges between the two leads that will create a sort of “tug-of-war” in your heart. The frustrating thing about the main protagonists is that they are so inclined to fight the romantic feelings that are so obviously brewing between them. For Tak Dong-kyung, it’s a matter of trust. On the other hand, Myul Mang’s issue is rooted from the personal fear that anyone who gets too close will eventually leave him. To make matters more complicated, their contract also stipulates that the person Tak Dong-kyung loves is the one who will die in her stead. Oh no!

Be ready for self-asked questions and reflections such as “Is this love or hate?” or “What’s fueling this chaotic relationship?” We promise it’s totally normal and adds to the excitement of watching!

You can now stream Doom at Your Service on Viu!