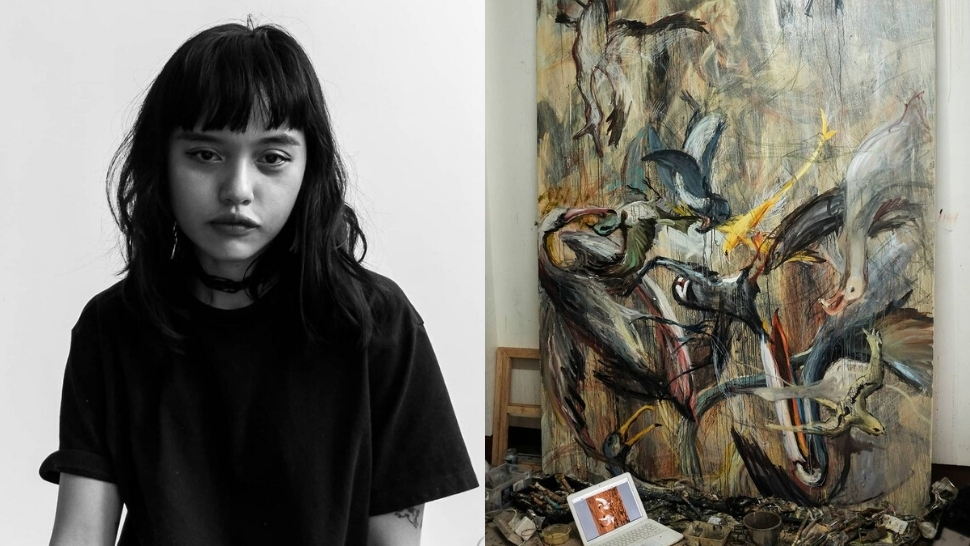 IMAGE instagram/breejonson
The 30-year-old artist recalled how getting locked down in Bataan inspired her to pursue a series of paintings on birds that had been in her notes for three years.
Shares
Share
Tweet
Comments

Bree Jonson, who was found dead at a surf resort in La Union, was an artist who found symphony in the movement of animals and knew the power of a change in perspective to convey an entirely different message.

In an interview with Artinformal on YouTube last February, the 30-year-old Jonson recalled how getting locked down in Bataan inspired her to pursue a series of paintings on birds that had been in her notes for three years.

"They have a certain symphony," Jonson said of the birds that flew by her quarantine house every morning.

Bree  said she completely forgot about her bird sketches until that time she was locked down. "Having a relationship with the birds, it brought into mind this invisible world that you can only experience in a remote area like Bataan."

Birds in the Philippines are "very beautiful," she said. "There's so many colors. Each region has its own list of birds, most of them very low in number."

She also noted one of her paintings that started out as a dead dog, which transformed into an angry canine after the canvass was slipped. "When you shift something, our perspective about it changes as well."

For her bird paintings, Bree said she was conscious of the fact that the animals were all flying towards the sky.

Bree was a Makati resident until she moved to Malate, Manila's old district in 2018 and fell in love with the place.

"It was messy, it was dirty, it was real Manila," she said. "There's a lot of craziness that goes on. I tried to visit the girlie bars, researching on expat love."

An industrial engineer by training, Jonson said she planned to pursue sculpture. "I like welding, I like woodwork," she said.

Police are investigating the death of Bree, whose body was found in the bathroom of the Flotsam and Jetsam hotel in the wee hours of Sept. 18.

Her companion in that room was Julian Ongpin, the son of billionaire Roberto Ongpin. The young Ongpin, a 29-year-old angel investor and arts patron will also be charged with illegal drug possession, police said.

As circumstances surrounding her death unravel, on social media, friends of Jonson are posting in tribute of the late artist, remembering her for the person she was.

Celebrity and fashion photographer Mark Nicdao, who had a very close relationship with her, flooded his Instagram account with photos and videos of the artist.

In one video post, Mark was in the camera with Bree, explaining how it was her who inspired the lensman to start painting.  The caption read, "You gave me what I needed."

Mark and Bree collaborated on the Preview January 2021 cover with Ellen Adarna.