JUST IN: Jinkee Pacquiao Is One Glamorous Ninang at a Wedding Wearing Accessories Worth at Least P10 Million|Read more »
Culture | By Katrina Maisie Cabral - Jan 7, 2023

What Bernard Arnault, the World's Richest Person, Spends His Fortune On 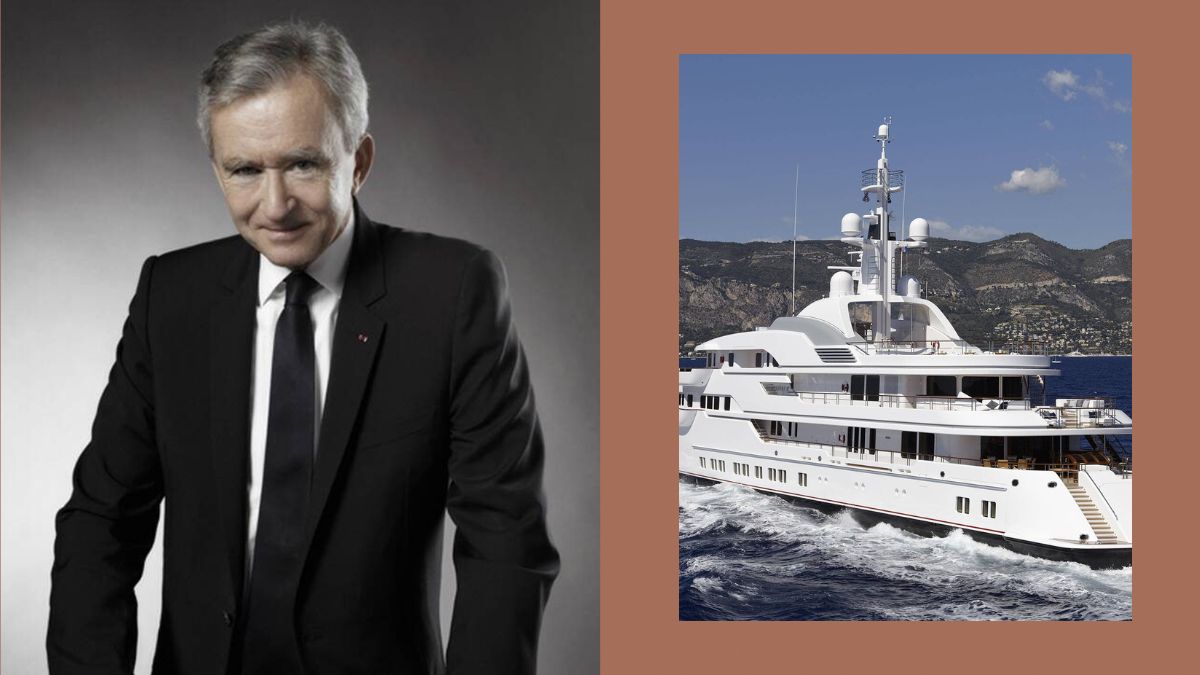 What does the richest person on the globe spend their billions on? It’s an answer that most of us can barely imagine, but for one man on top of the Bloomberg Billionaires Index, it’s reality.

French magnate Bernard Arnault is one of the few whose name has graced the peak of the list, having amassed a $169 billion (P9.40 trillion) net worth, and beating out tech bigwigs like Elon Musk, Bill Gates, and Jeff Bezos. The 73-year-old “Wolf in Cashmere” is the co-founder, chairman, and CEO of LVMH (Louis Vuitton Moët Hennessy), whose list of brands under his belt contains names almost synonymous with luxury living.

And as the head honcho of a luxury conglomerate, best believe that his own lifestyle is something worthy of the title. Below, we list some of the most opulent ways Bernard Arnault has spent his fortune.

Here’s what the richest man in the world Bernard Arnault spends his fortune on:

Known for his ruthless yet tactical approach to business, the LVMH chairman has made the brand the distinguished name it is today. After graduating from the prestigious engineering Ecole Polytechnique, he joined his father’s civil engineering company. He later advised his father to focus on real estate, then succeeded his father as its president.

Bernard then had his sights on Dior, just when its parent conglomerate Boussauc was at the brink of bankruptcy. Almost at the same time, he became the biggest shareholder of Moet Hennessy and Louis Vuitton during their merger.

Mansions around the world

Much like his brand ownerships, Bernard has an extensive property collection of his own. According to Bloomberg, the billionaire and his second wife, concert pianist Helene Mercier, live in Paris’ Left Bank, a property south of the Seine River.

Aside from his main abode in the French capital, Bernard owns a waterfront mansion in Saint-Tropez, which reportedly houses a personal theater, an outdoor swimming pool, a tennis court, and multiple bedrooms.

But apart from his home country in France, the magnate has also allegedly shelled out $96.4 million (P5.3 billion) on residential properties around the Los Angeles area, like Beverly Hills, Trousdale Estates, and Hollywood Hills.

Recently, it was reported that the CEO had bought Casa degli Atellani, a 15th-century home in Milan that was the former residence and vineyard of Renaissance artist Leonardo da Vinci.

LVMH is the owner of Cheval Blanc, a group of luxury hotels across France and the Maldives, with some even hosting on-site Louis Vuitton and Dior boutiques. Bernard and LVMH also manage the Belmond hotel chain, which has more than 45 properties across the globe.

Among his public list of properties is the Indigo Island, a private 135-acre escape in the Bahamas, with stays open racking up to a reported $300,000 (P16.7 million) a week.

What’s a private island without a luxurious boat? The CEO is a proud yacht enthusiast, first marked when LVMH acquired yacht building firm and manufacturers Royal Van Lent and Princess Yachts International. Bernard possesses the Symphony in his collection, a 101-meter eco-friendly yacht designed by Tim Heywood. The massive vessel, which can accommodate 20 guests in eight cabins, also features a beach club, a large pool, and a helicopter landing platform. Bernard previously owned the Amadeus, but sold it in 2015.

With his reputation as an art collector, Bernard’s properties are decorated with many artistic modern and contemporary artists, including the likes of Jean-Michel Basquiat, Damien Hirst, Maurizio Cattelan, Andy Warhol, and Pablo Picasso.

According to the Hindustan Times, Bernard also has some posh vehicles of his own. One car in his arsenal is the five-seater sedan BMW 760Li from the BMW7 Series, which currently fetches a price of more than P16.5 million.

Like most billionaires of his caliber, Bernard has–or had–a fleet of personal planes. The magnate reportedly owned the $40 million (P2.2 billion) Dassault Falcon 7X, the ultra-long-range Bombardier Global 7500, and the Bombardier Global Express 6000. However, when Twitter climate activists started to trace his flights in order to tally his and other billionaires’ carbon emissions, the LVMH CEO allegedly sold his plane and now “rents” them instead.

Aside from LVMH’s corporate philanthropy, Bernard’s public and notable donations include €200 million (P11.7 billion) for the fire-ravaged Notre Dame Cathedral in 2019, and $11 million (P612 million) for the Amazon wildfires during the same year.

Meet Bernard Arnault, the Richest Person in the World

The Top 5 Richest People in the Fashion Industry in 2022