TRY: 10 Chic OOTDs from Lovi Poe That'll Convince You to Embrace Being "Flat and Proud"|Read more »
Culture | By Ara Eugenio for Reportr.World - Nov 28, 2020 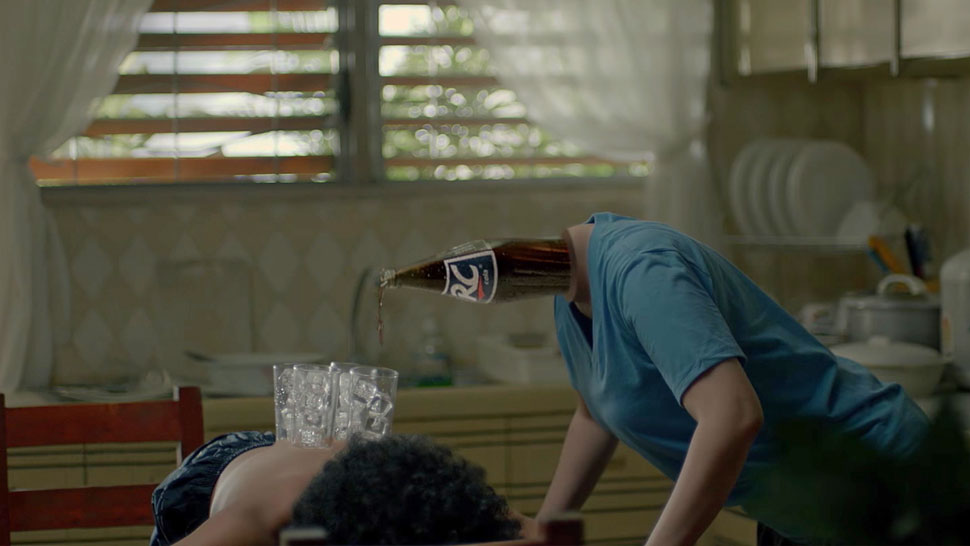 Like the Tagalog word "basta" that is RC Cola's tagline, its bizarre commercial that got millions scratching their skulls for answers should be taken for what it is— an ode to Gen Z that portends to the future of advertising where there are no rules.

What's more jarring than a boy who has four glasses on his back and whose mother hides a bottle of RC Cola in her head? The kid's struggle with thoughts that he's adopted is resolved when the entire family drinks soda from his back.

The ad got three million organic views in 24 hours and was playing in everyone's heads during the long weekend. The market took notice, shares of parent Macay Holdings rose 13.7%.

Twitter was lit with criticism accusing it of lack of depth and focusing too much on virality. The answer of the ad's creators from the GIGIL agency? "Basta."

The ad was meant to make no sense at the textual level. It was part of the statement it tried to make.
"Maraming bagay na you don’t need to know why. Isa na dun yung pag inom ng soft drink. And when you ask somebody, a Gen Z, kung bakit niya gusto ang isang bagay, isang kanta, di nila kailangan explain," said GIGIL managing partner Jake Yrastorza."We found that to be a powerful insight, how they’d get into something kasi gusto lang nila and they feel like they don’t have to explain themselves to anybody," he said.

Forced to increase prices because of the "sin tax" on softdrinks, RC Cola knew it couldn't bank on just being the cheaper alternative.

"We were looking for a personality we can own. While yung ibang brands they’re into music marketing, taste test adventures, ano si RC Cola? So tinap namin yung humor, which is an area in the soft drink category na wala pa nagco-cover," said Dionie.

One thing is clear though, Gen Z likes the ad and they can't stop talking about it."Na-confirm namin yung sentiment ng Gen Z na ayaw nila magpa-define. Most of them would react, 'ang weird pero gusto ko.' It shows na they want something they cannot explain," said Hernandez.

It's an escape from COVID

Twitter's CreativesOfMNL took a swipe at how "virality-driven" ads like RC Cola make for senseless work during the pandemic.

In response, they said,"first of all, virality is not a strategy. It’s a consequence of the strategy. We’re just happy to come up with brave ideas and we’re happy to have clients who are brave enough to accept them during this time," said Yrastoza.

Aware of the pandemic, GIGIL consulted psychologist Gia Sison while the ad was set for release after months of delays. Sison said Filipinos are under COVID fatigue and anything that can provide an escape will help.

"Realitiscally, no one wants to be reminded some more of what’s happening right now. Hindi talaga masaya. Little things like this, in advertising, music, in movies, entertainment, those are the things that help us cope," Yrastorza said.

GIGIL is the future

GIGIL is known for their "high-risk, high-reward" mantra, which allows them to come up with brave campaigns for clients who are also brave enough to try. This is seen in their work for brands like Orocan and Danes Cheese.

Founded in 2017, they said they are just happy to keep pushing the local advertising industry's limits to inspire more ground-breaking ideas.

"The overwhelming positive response around the ad just shows how the Filipino people are definitely ready for something like this," Yrastoza said.

This Minimalist Box Is Actually A Ramen Kit