Have you watched all of her picks? 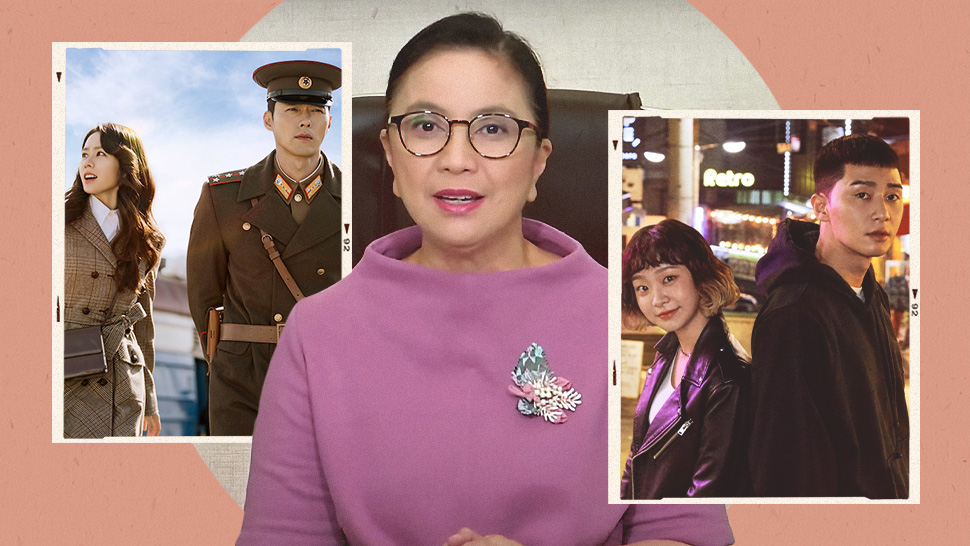 IMAGE Youtube/Leni Robredo, Crash Landing on You, Itaewon Class/NetflixILLUSTRATOR Bacs Arcebal
Have you watched all of her picks?
Shares
Share
Tweet
Comments

At 1 a.m. on January 28th, Vice President Leni Robredo let the world in on a secret: She, too, is an avid K-drama watcher. But unlike most people, she was already binge-watching Korean shows long before the lockdown happened. In fact, she admits that it's because of the pandemic that she hasn't been able to catch up!

"Before the pandemic, I would [download] movies and TV series (K-drama, included) in my iPad and would watch them during my travels. While on the plane enroute to the provinces and in hotel rooms after a day’s work, doon ako nanood," the VP writes on her personal Facebook account.

At home, she says she loves watching K-dramas while doing paperwork, preferring "light and fun storylines to balance my already toxic world." She admits she didn't enjoy popular dramas like World of the Married and SkyCastle, mostly because of the not-so-pleasant characters.

But when it comes to shows that she did enjoy, the VP has a number of awesome picks! She recommended classics like Doctors (her daughters' favorite!), Descendants of the Sun, and of course, everyone's quarantine favorite: Crash Landing on You. She's apparently a huge Gong Yoo stan, too, adding his smash hits Goblin, Big, and Coffee Prince to her list!

VP Leni has also watched It's Okay to Not Be Okay, My Mister, and Mr. Sunshine, and recommends them to anyone up for a more serious watch. "Pero hindi ko na uulitin at ayoko nang ma stress," she quips. And in case you're curious what's on the VP's current watch list, it's Kairos—a fantasy thriller starring Shin Sung Rok, Lee Se Young, and Itaewon Class' Ahn Bo Hyun!

Take a look at the rest of her K-drama faves:

- Doctors
- Descendants of the Sun
- Crash Landing on You
- Second 20s
- Because This Is My First Life
- The King 2 Hearts
- Discovery of Love
- My Secret, Terrius
- Pinocchio
- What's Wrong with Secretary Kim
- Itaewon Class
- Reply 1988
- Fight for My Way

Starbucks Has Predicted Your New Lucky Tumbler, According To Your Zodiac Sign