10 Movies for Your Singles-Only Watch Party This Valentine's Day 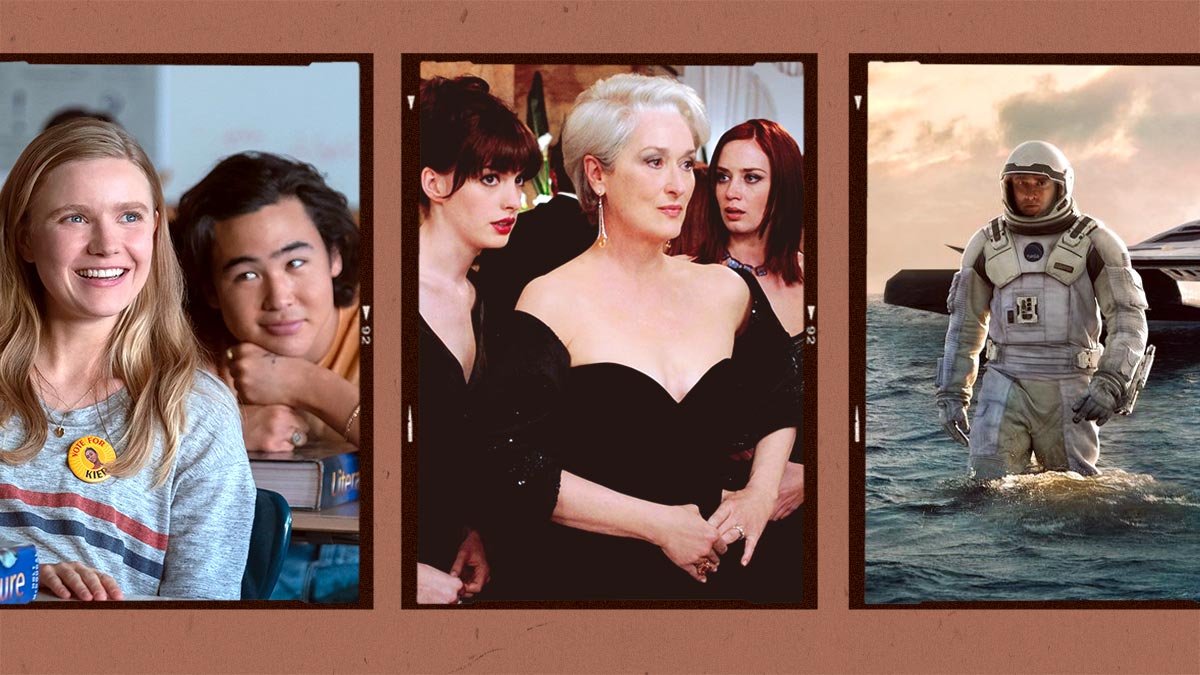 Dreading Valentine’s Day? Fear no more! Even if you’re spending it inside your own room this time around, there’s a way to make this particular holiday less lonely. Say goodbye to commenting "Sana all" on every cute-couple post you see, because this year's Hearts Day will be dedicated to the celebration of singlehood and friendship, and what better way to do just that than with a watch party? There’s no room in the air for romance, but anything besides it will do.

Here are 10 movies to stream at your singles-only watch party this Valentine’s Day:

Like Taylor Swift said, “F*** the Patriarchy” indeed; this movie screams exactly this. Determined to battle bullying and sexual harassment, 16-year-old Vivian starts a zine to empower the young women in her high school. The feminist movement she starts is not only radical but also inspiring, especially when you see a bunch of teenagers making a difference.

Tap your college besties because this might just hit way too close to home. Ben Whittaker, a 70-year-old widower who’s bored with his retirement, decides to apply for a senior internship program at an online fashion company. Surprisingly enough, he gets accepted. Ben really embodies the enthusiastic org-person identity! It could be the next best film to get you out of your slump.

Netflix’s Filipino crime-thriller The Girl and the Gun (original title: Babae at Baril) deserves a shoutout for its cleverly-disguised, revenge-themed narrative. The plot revolves around a young sales girl who is struggling with money problems and troubling men in and out of her workplace. Things take a turn for the worse when she gets ahold of a particular weapon.

The movie tackles a lot of persisting gender role issues that everyday Filipino women face and more contemporary issues of the like. A little thriller and more focus on women’s challenges would make for a fun, rant-filled date night with your friends. Play this and you’ll see it’ll make for a great think piece!

Concentrate on important matters this Valentine’s Day with Marti Noxon’s To the Bone as it narrates the story of Ellen, a young anorexic, through the inside-joke gallows humor of dealing with her disorder. Although this film tries to lighten the mood, it’ll make for a good discussion for the group afterward about the body and societal stigmas that women deal with every day.

What’s Valentine’s Day without a little bit of self-contemplation? Just like ole Truman here, we want to live and experience the world, too. The Truman Show tells the story of Truman Burbank who is taken captive in a universe that revolves around him. Unbeknown to our main character, he was actually raised on a gigantic TV soundstage equipped with hidden cameras and actors who appear to be his friends and family. If you ever need to get your feet on solid ground again after a series of conflicting emotions, this is the movie for the squad today.

Anne Hathaway plays Andi, an aspiring journalist who gets a job as an assistant to Meryl Streep’s notorious and perfectionist editor-in-chief, who can be quite vicious when her expectations aren’t met. The audience goes along with Andi as she discovers her passion and transforms into someone she thought she couldn’t be. Not only did it set the tone for all Type A's out there when it comes to their work ethic, but it also taught us that whatever we put our mind to, we can achieve. If your group needs an empowerment boost, this is definitely a good cure!

If your group wants to grab tissues for a different reason, it’s going to be for the Angelina Jolie-directed film First They Killed My Father. This is a unique movie about a national tragedy told through the perspective of a young child’s eyes. Although it tackles war and the many damaging aspects of it like hunger and brutality, it sets an interesting tone for a watch party where people want to be educated and entertained.

For the ‘art hoes’ out there, here’s the picture-perfect film to spice up your day. The visuals in Loving Vincent are incredibly beautiful as it is the first fully oil-painted feature film.  It follows Armand Roulin, the son of Vincent Van Gogh’s postman, as he sets out to deliver a letter the distinguished painter left for his brother, Theo. What better way to channel our emotions than to celebrate art and life?

To completely rid yourself of romance, here’s a visual and cinematic masterpiece for you and your friends. Ever ask the question, “what if the world was ending?” Well, Interstellar tries to answer that. It's a mash-up of science and philosophy that takes enormous and bold leaps into theories, accompanied by mind-boggling visuals, squeezing the very breath of humanity out of you and sucking you into the unknowns of the universe. Who knows? Maybe the kind of love that you'll develop will be for scientific curiosity!

To focus on friendships and girl empowerment, here we have a duo that'll shake things up. The popular story of Anne Frank gets another layer added to it with the perspective of her (also real-life) best friend Hannah Goslar. This movie tackles girlhood in its rawest form, in a way that it’s never been shown before.

Treat Yourself This Valentine's Day with TWG's Super IG-Worthy Macarons

Jodi Sta. Maria Recalls A Time When She Had To Sell Popcorn At School For Allowance