LOOK: Here's How (and Why) Bela Padilla Decided to Uproot Her Life in Manila and Move to London|Read more »
Culture | By Dara Ilaya - Mar 31, 2022

10 Former UAAP Courtside Reporters and Where They Are Now

It seems they were really made for the camera! 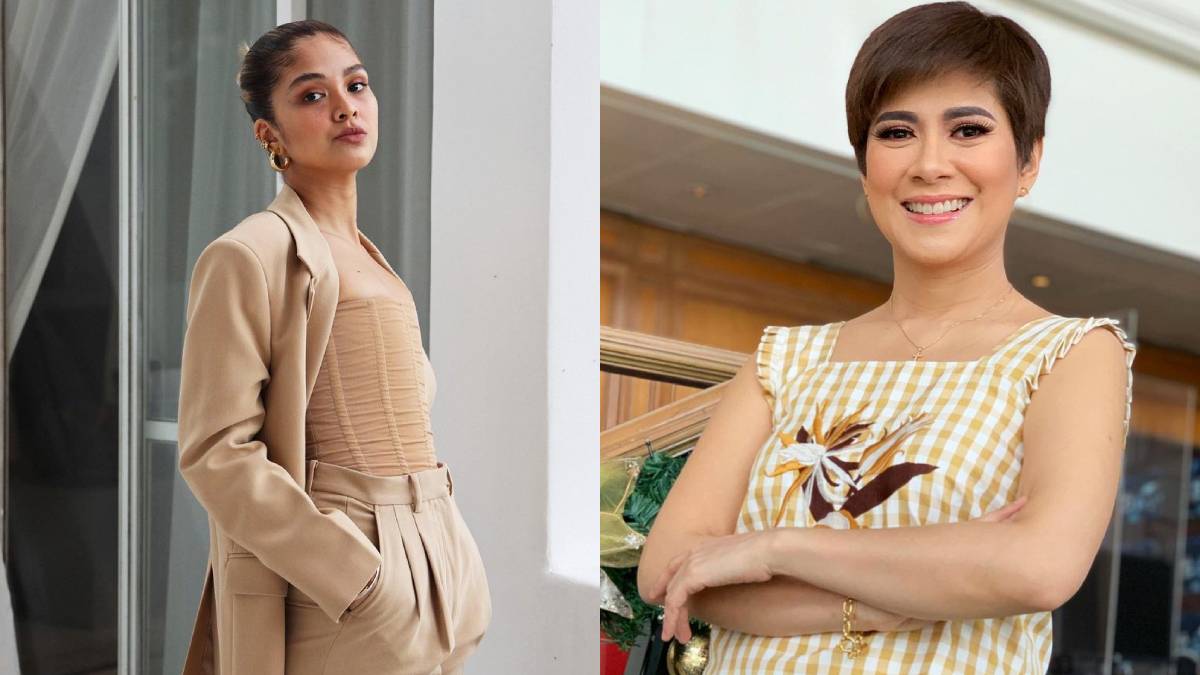 After a two-year hiatus, UAAP is officially back! Prior to the pandemic, sports fans and casual viewers alike have witnessed the unwavering school pride brought upon by UAAP games. Whether you were inside the Mall of Asia Arena or you tuned in via live stream, the action was truly irresistible! Not to mention the personalities on the court—and in this case, the sidelines.

As we welcome a revamped Season 84 this year, we can’t help but get nostalgic and look back at some of the most charming ladies that lent their voices to the game back in the day. From sustaining their momentum outside of university to pursuing a completely different career path, these former UAAP courtside reporters prove that they are more than just pretty faces. Scroll through the whole list below because your favorite TV personalities might have started out as one!

10 UAAP Courstide Reporters and Where They Are Now:

Before she tickled us with her witty, out-of-the-box ideas on IG, Jaz Reyes graced the sidelines in season 74! Having served as Ateneo’s courtside reporter, this true-blue Atenean has shown time and again that she’s always ready to make a statement.

When she’s not busy sparking conversations on her socials and dishing us chic sartorial inspo, she’s hosting on the side and riding the airwaves as a radio DJ for 99.5 Play FM.

It’s no secret that host and radio DJ Bea Fabregas is a full-fledged sports (see: tennis and basketball) fan. That’s why when she got the job as UP’s courtside reporter for seasons 75 to 76, she truly owned it! Her career eventually continued to revolve around her passion, ultimately leading her to a married life with fellow isko and former UE courtside reporter Nikko Ramos. So cute!

As she now juggles momma duties and sharing motivational fitness posts, Bea never ceases to stay on top of her game in style.

Did you know that one of our go-to icons for anything sleek and minimalist was a former courtside reporter? Yes, Angelique Manto used to bring her effortlessly cool persona to UAAP! Representing UST from seasons 78 to 79, she truly made her mark, especially with her iconic “Ibalik ang korona sa España” spiel during the crowd check at the UAAP 2017 Cheerdance Competition. The sound is even making rounds on TikTok, much to the joy of fans!

Aside from vlogging and occasional coffee shop-hopping with partner David Guison, you can see Angelique around as an events & television host in her aesthetic ensembles!

You’re probably wondering where you’ve seen Ganiel: is it in the news, or on the runway? The answer is both, because this Indian-Filipina beauty is a showbiz reporter for TV Patrol and a multi-awarded beauty queen too! She’s been showcasing her undeniable poise and charisma since way back in her college days as she reported for the FEU Tamaraws from seasons 78 to 79. After dabbling in the world of pageantry, she is now consistently honing her journalistic skills for various shows.

You can also peek through Ganiel’s flair for writing through her passion project, People I Met on Instagram!

For the TikTok regulars out there, Rain’s definitely on your radar. From her conyo girl to trophy wife POVs, this beauty shows that she’s nothing short of eloquent and entertaining. No wonder she was hailed as Adamson's courtside reporter for season 82 despite being from UP!

Although her stint was cut short due to the pandemic, Rain wasted no time to enhance her passion in front of the camera and blessed us with her witty TikTok posts. Now, we can see more of her skills and smarts as she recently signed with GMA Artist Center. How exciting is that?

When seasons 77 and 78 dawned, Laura Lehmann’s elegant presence made halftimes even more engaging! Formerly a reporter for Ateneo, the well-spoken beauty has mesmerized UAAP audiences and international judges alike as she won the Miss World crown in 2017.

She is now happily married to PBA star and former Blue Eagle Von Pessumal, and is currently an events and television host and reporter for One Sports.

You might have seen and heard Tina Marasigan delivering the news for ABS-CBN—but did you know that her reporting debut started in UAAP?

One of UST’s famed courtside reporters, Tina first witnessed the action on the court during seasons 74 and 75. Of course, her allure didn’t go unnoticed as the beauty queen lasted as a finalist in the 2009 Ford Supermodel of the World competition and the 2011 Binibining Pilipinas pageant! Now an esteemed journalist, you can catch Tina reporting the latest updates on the field or in the studio.

Did you know that courtside reporters are only allowed to be correspondents for two seasons? Apparently, Gretchen Fullido is an exception.

A former Philippine Team swimmer, Gretchen represented UP during seasons 67 to 69. After her impressive stint on UAAP, she then continued her broadcasting career and eventually became a mainstay on our daily television news. You can catch Gretchen every night on ABS-CBN as a showbiz anchor on TV Patrol.

Fun fact: the UAAP games were first aired in 2000 on the now-defunct channel Studio 23. As the matches were broadcasted, the management decided to hire courtside reporters, among which Pia Arcangel became one of the pioneers.

Pia first reported for Ateneo in season 63 and was able to continue the momentum as a successful journalist. Now a household name, she remains a prominent TV personality from GMA 7. She didn’t stray away too much from the action though, since her husband, Mico Halili, is a renowned sportscaster!

While bagging the UAAP reporter stint acts as a huge step towards a promising broadcasting career, Tricia decided otherwise and became a doctor instead.

Years before getting her license in 2020, Tricia represented NU in seasons 76 and 77. Despite being from Ateneo, she remained flexible and covered for the Bulldogs with all her might. After the adrenaline-filled two years, she entered the Ateneo School of Medicine and Public Health (ASMPH) until she became a full-fledged professional!

14 Things That Happened at the UAAP 79 Cheerdance Competition

Did You Know? Kathryn Bernardo’s Very First Role As An Actress Is A Young Version Of Bea Alonzo