Here's the True Story Behind the Curse in Netflix's "Incantation"

So, are you cursed now? 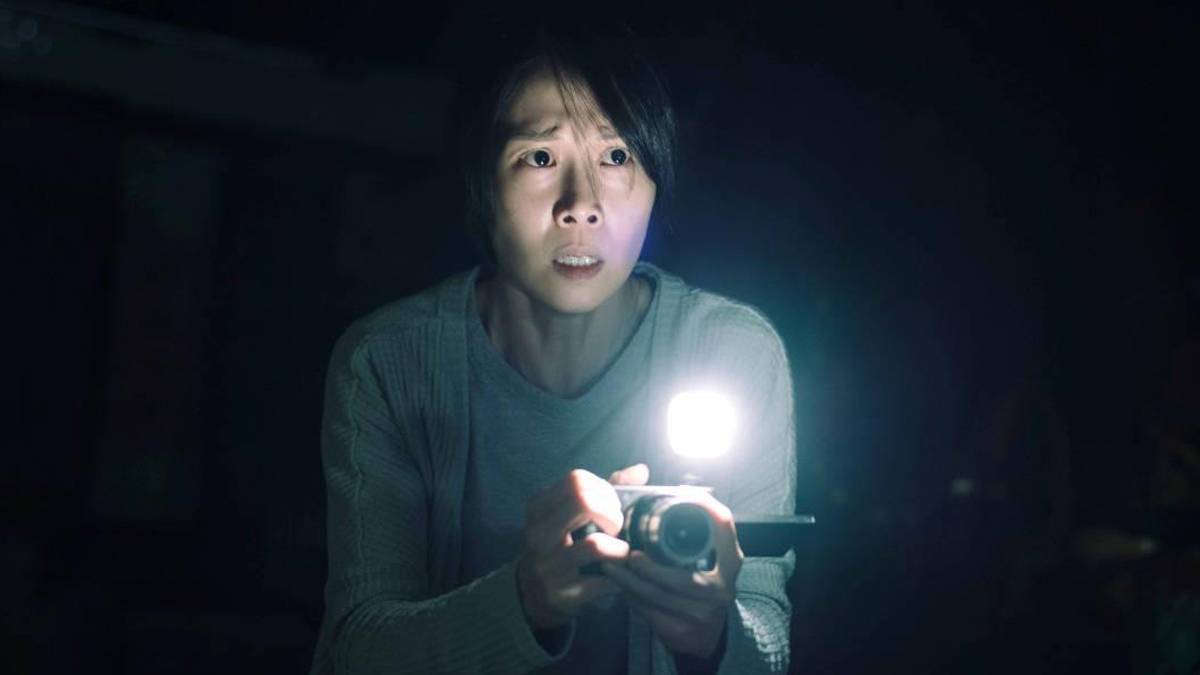 Deciding not to take a chance on the moody weather and rising number of cases, we chose to stay at home over the weekend and put on Netflix. "What wonderful and totally-not-insane options there are," we said as we looked over the line-up that included a documentary about a murderer marrying his own daughter and a new, found footage horror film from Taiwan. We put on the new Taiwanese horror film Incantation and, uh, think we might literally be cursed now. Great, just what we needed.

Many who have seen the film are asking the question of whether they're actually cursed or not, as well as about how factual that "Based on a True Story" tagline is. Of course, this may make people who haven't seen the film second-guess whether they want to venture down this rabbit hole. Below, we break down Incantation's curse, ending, and the real-life events that it's supposedly based on.

In the opening moments of the film, a woman asks the audience to repeat a chant that will supposedly help her lift a curse on her young daughter. She also repeatedly pops back in several times throughout the film to ask you to pray the incantation again.

By the film's ending, the "mechanics," if you will, behind the curse are revealed. It turns out that a few years prior, the mother, Ronan (Tsai Hsuan-yen), and two other guys committed a religious taboo by vlogging a sacred (and perhaps demonic) ritual for their Youtube channel. Very "hey there, demons. It's me, ya' boy," energy that you almost have to admire it.

Ronan's companions both died instantly due to committing a worse taboo (looking directly into the face of the malevolent deity), while the then-pregnant Ronan and her unborn child were only cursed due to Ronan reciting an incantation... the same one she makes you recite throughout the film.

It's revealed that the "cure" to the curse is that if more people are afflicted with it, the less powerful it'll be for each individual person cursed. This explains why the cultists/worshippers are able to survive, even if they recite the incantation regularly. The same is implied to be true for even the more severe curse of seeing the deity's face, which is why the film ends with the deity's face being directly flashed to the camera.

The film's happy ending of the daughter being alive and well seems to indicate that she's been spared torment because the curse is now shared with all of us who've seen the film. Sure, we'd enjoy that cute and wholesome ending, if it were a work completely based on fiction, but the marketing behind the film heavily implies this is based on a real story, so... are we cursed now?

The events of the film center on an Asian family who's haunted by ghosts called "baddies"—unfortunately, not those types of baddies—that torment and eventually possess the young daughter Dodo (Huang Sin-ting). You might be thinking, "hey, this happened to my buddy Eric." Unfortunately, no, but this film has been marketed as based on a true story.

How true is that "true story" statement, however? It's hard to say, as the film doesn't go into the specific details of its real-life counterpart. The film's director Kevin Ko has stated that the film takes inspiration from similar events that unfolded in Kaohsiung, Taiwan. A report on that real-life event details a whole family being possessed and the daughter (who was 28) dying weeks later due to "multiple organ failure." The report details:

"In 2005, the family of painters surnamed Wu in Kaohsiung City claimed to be possessed by gods. The whole family did not eat for several days. The family members beat each other with crutches and the main card of the gods, burned their skin with lit incense, and even splashed feces on each other and fed feces.

The twenty-eight-year-old eldest daughter died violently several days later. At this time, the Wu family was still convinced that it was not the eldest daughter who died, but a demon possessed by her, and she was sent to the hospital for emergency treatment the next day."

We can see the similarities between the report and what ended up in the film, but there's no confirmation that the same incantation and deity depicted in the film were involved in the incident. Director Ko has also stated that his personal inspiration for the film also came from Internet culture and "cursed" email chain letters, so it's best to think of the film's curse conflict and its ending more as social commentary, than something to be wary of.

Incantation is one of the buzziest Asian horror films of recent years, but should it be watched? Definitely worth checking out, if you're into horror films! Hopefully, it'll finally instill in you the value of not clicking on those spam job texts.

Incantation is now streaming on Netflix.