SHOP: The Preview Beauty Bag Is Officially Here and It's the Ultimate Steal|Read more »
Culture | By Reuben Terrado - Dec 17, 2021

They talk about how "Dahil Ikaw" changed their lives. 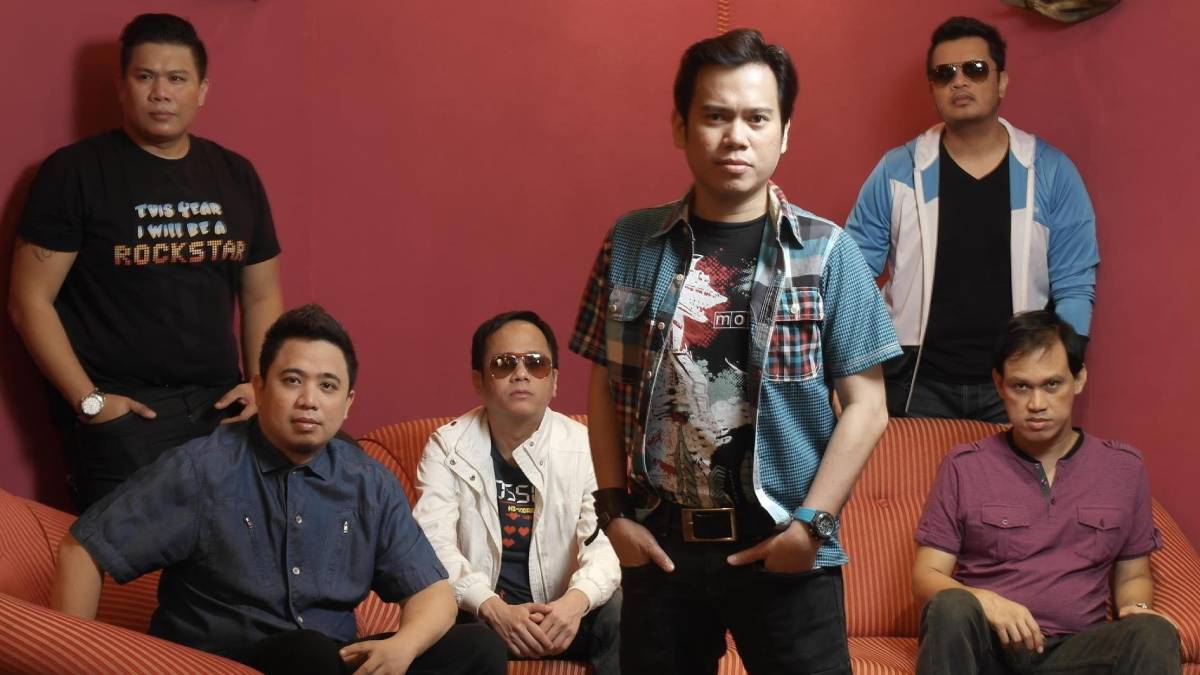 True Faith made a huge comeback during the mid-2000s with their hit single Dahil Ikaw.

“When we go abroad, it’s one of the songs that OFWs are waiting for,” lead vocalist Meds Marfil said as he described the impact of the song. “They heard the song over on TFC. That’s the reason why we got invited to tour not only in the smaller towns in the Philippines but also like major cities abroad where there are lots of Filipinos. I believe that Dahil Ikaw was like one of the reasons why they get us, because they want to hear that live.”

After their success in the 1990s, Marfil said the band wanted to also be relevant alongside the likes of Hale, Sugarfree, Kamikazee, and Bamboo during the 2000s. “Kami, previous to their band wave, nagkaroon ng acoustic wave na somehow nasakyan din namin kasi our hits are acoustic. This time around, it’s like 'how are we going to place ourselves in this?'”

The opportunity came when former band member Kiko Guevarra, already one of the bigwigs of EMI, made an offer to do a song for the ABS-CBN teleserye Sa Piling Mo, which starred Judy Ann Santos and Piolo Pascual. “Boss na namin siya. He [Kiko] was telling us, ‘Do you want to do a song for a teleserye?’ He pitched the idea. And then before pitching it, he prefaced the idea by saying na Sugarfree was having a major time with a song that was used for Panday.”

There was, however, one condition.

Guitarist Eugene Marfil said: “ABS-CBN, they were in a hurry because the teleserye schedule was tight.  [They told us] you need to come up with your recorded version now.”

The band accepted the offer and True Faith got to work quickly. “So, we had one session here at home and recorded it one night,” said Eugene. Even with the brief time to come up and record the song, there was just something special about it, according to Meds. For them, it felt like it was the 1990s all over again.

“We would usually have music sessions [or] recording sessions dito sa bahay. Inaabangan namin ‘yung Myx Top 10. At that time, it was like the mid-2000s. Na-remember ko tuloy ‘yung how Perfect was when we started. Inaabangan namin sila kung magna-number one o hindi.”

What the band likes about the song is that it can be played in a club or in a fiesta and it would generate the same impact. Meds said the single also propelled them to new heights as well as erased some misconceptions about the band.

Learn more about True Faith's story in their interview with Summit OG below:

8 Instagram-worthy Poses To Try If You're Shy, As Seen On Faye Balogo