SHOP: The Preview Beauty Bag Is Officially Here and It's the Ultimate Steal|Read more »
Culture | By Julia Roble - Jan 27, 2021 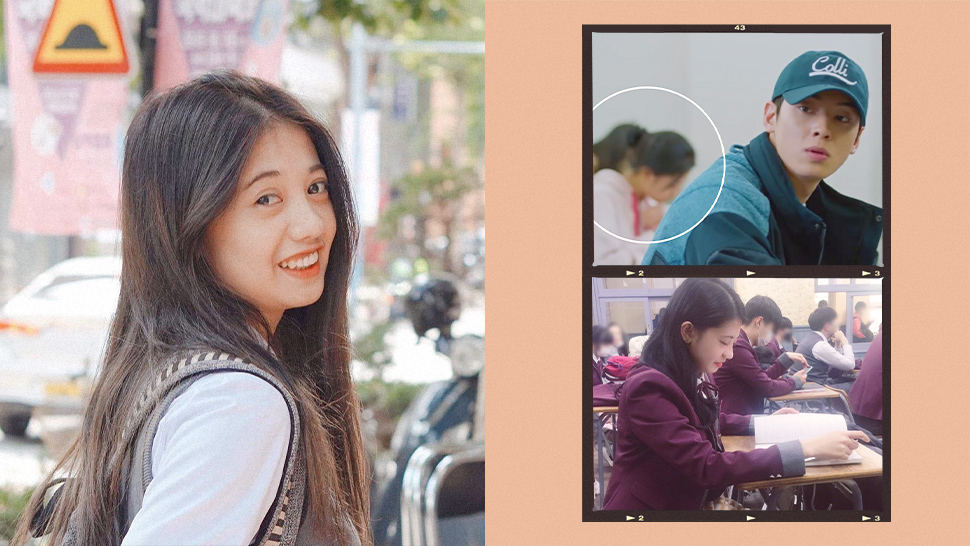 Imagine this: getting to be a part of your favorite K-dramas, being within the same proximity as the Korean actors and actresses you look up to, and even getting a chance to live in a place as beautiful as South Korea. Sounds like a dream, right? Well, for one Filipina, it’s the reality.

Noreen Joyce Esguerra, better known as @joyce_in_korea on Instagram, has worked as an extra for some of your favorite Korean dramas. The notable shows she’s been a part of include Record of Youth, Extraordinary You, True Beauty, Hi Bye Mama, and The King: The Eternal Monarch, among others. In fact, she’s been in more than 50 dramas so far, all while balancing her main job as a finance manager in a Korean institution.

Additionally, she’s an MBA graduate of Sookmyung Women’s University in Seoul and has been living in Korea for five years now. “I only do drama and shoots during weekends, holidays, and free time,” Joyce shares with Preview. While she may be in the background for most of it, there’s no denying that we’re all envious that she gets to witness and experience everything in the flesh.

In an exclusive interview with Preview, below, Joyce tells us more about her life in South Korea.

How did you get into the acting industry in Korea?

“I love doing events and production stuff. I've been doing it since I was in the Philippines through a Korean Cultural Center. When I came to Korea, I got the chance to work part time as a Korean-English interpreter and an assistant stage director for international model awards, drama/movie awards, and fashion shows. From there, I got interested in how drama and movie productions work. Since I didn't have any background with film or media, I thought that the only thing I had to learn was to be a part of the whole production, in the background. To me, being an ‘extra’ or having a ‘minor’ role was the only way. Aside from learning about production, you get to be on TV (though it still depends on the final editing), and you earn extra income."

What challenges did you face when you were starting out?

“First of all, I got rejected a lot whenever I applied for a ‘Filipino’ or ‘South East Asian’ role, simply because they said I don't look like one. When I submitted my profile to an agency and had a meeting with them, they told me that I'd fit better as a Korean because of my appearance and because I speak decent Korean. They then sent me to locations together with other Korean extras. From there, I only get Korean only roles in dramas.

“Second, being a background extra is not an easy job. You have to wake up early and return home late at night depending on the filming hours and you have to prepare your own clothes for the shoot (except for uniforms like school, hospital, police, etc.). So, you have to carry everything with you and go to the location. You have to carry five to six set of clothes in one filming day depending on the scene. Lastly, the weather. Since Korea has four seasons, you have to endure freezing cold weather in the winter and humid, hot weather in the summer.”

What’s it like meeting everyone’s favorite K-drama actors/actresses? Who are your favorites?

“Fascinating! Before, I only got to see them on TV. But now, I get to see them in person and up close! My favorites are Seo Hyun Jin, Moon Ga Young, Kim Seon Ho, and Jo Jung Suk.”

What’s the best thing about what you do?

“You get to experience different professions or characters, and then you get to learn and see things from their perspective. Also, through K-drama, I landed commercial shoots, features from popular Korean YT channels, and even a television stint in Korean TV networks, not as extra but as [part of] the main cast.”

What’s your ultimate goal in your career?

“[To be able to] work in a project with the people I admire and not as an extra. Kahit small role, pwede na.”

What’s your favorite thing about living in Korea?

“Freedom. You can be whoever you want without minding the stares and tsismis of the people in your surroundings.

"Comfort. Especially in transportation. You get to your destination without being stuck in traffic!

What advice can you give people who want to start a career like yours?

“Hard work pays off!! Whatever your heart desires, go for it.”

The future is bright and the possibilities are endless for Joyce! We’re excited to see what opportunities hold for her in the future. For now, you can learn more about Joyce and her experiences in Korea on her YouTube channel Joyce in Korea.