This Filipina's Mastectomy Never Got in the Way of Her Style 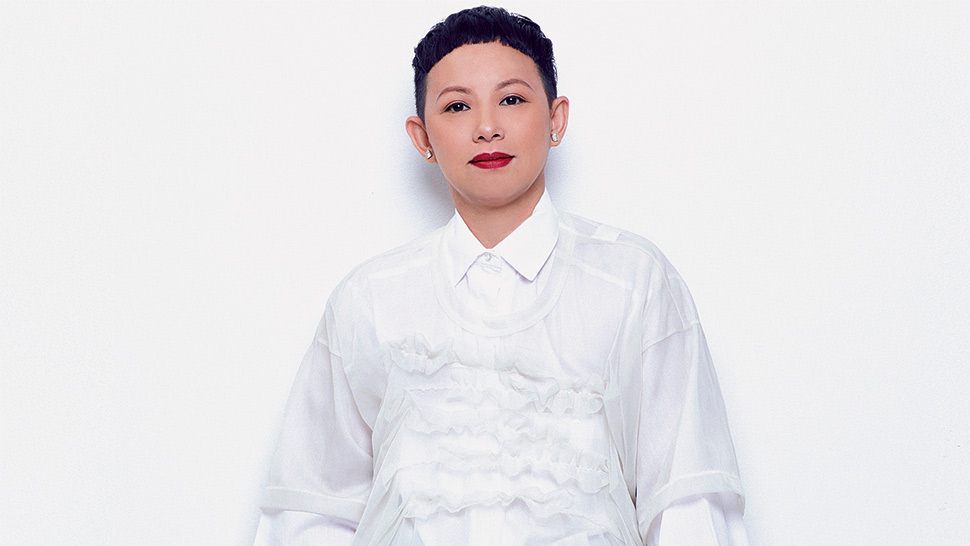 Damn. I thought. I'm going to miss my boobs. They were pretty good boobs.

I was 38 when I first felt a lump, so I got my first mammogram ever, and it didn't show any malignancy, but the breast ultrasound showed a fuzzy tumor that looked like Oscar the Grouch's silhouette. I didn't think there was anything to worry about, but the biopsy came back positive for invasive ductal carcinoma. It was stage 2B because the cancer had spread to my lymph nodes. I was told that I had to have my right breast removed. Then I had eight tough sessions of chemo and my hair fell out. Two years later, in 2012, the left breast was shown to have microcalcifications, so I decided to have it removed as well.

I'm all for asymmetry, but probably not for breasts. For that year I had one breast, I always woke up asking myself, "Do I wear a bra today?" And moving around was just a whole lot of feeling unbalanced. A few months into the one-breast life and I wanted it out. Now, I feel so relieved.

Reconstructive surgery was almost an option for me. I was pretty excited about it because they use your fat! That would've been hitting two birds with one stone. The doctor said, well, good news and bad news: Bad news, I only had enough fat for one breast; good news, I wasn't that fat. I kind of decided then and there that I'm actually okay without having breasts. I could move around easily, never have to use a bra ever, and not have to go through yet another surgery.

I tend to favor more anti-fit, androgynous clothes, but that's more an aesthetic choice as opposed to a result of the booblessness. I have never been one to wear what everyone wore—not because it was a conscious effort to be different, but only because the things I liked, not a lot of people did. My dad actually has a strong sense of what I like, strangely. When he is traveling with my mom, they came back with these fantastically odd, anti-fit clothes for me that I absolutely love. So I get a lot of my wardrobe from him. And from dotcomme by my friends Cecile [van Straten] and Patrice [Ramos-Diaz]. Has my fashion style changed because of my mastectomies? I think not. Except perhaps for the fact that I don't wear anything that will reveal my cleavage, or lack thereof—not that I did before anyway.

Going through a life- and body-altering ordeal makes one realize the importance of inner strength. With that inner strength comes acceptance and love for whatever body one may have. Having that acceptance also made my style more personal. There are certainly days when my big ass is of much more concern than my booblessness. My style is slowly evolving to something more relaxed and more individualistic, and that is the result of age—dare I say maturity?—rather than the illness. It's important to know what you like and what makes you feel comfortable, whatever body type you may have—whether you are flat-chested, have a big butt, or huge feet—which I seem to all possess at this point, but no matter!

How This Artist Rose Above Her Experience From Sexual Abuse